This Pizzeria Might Have the Coolest Bathrooms in the U.S. - PMQ Pizza Magazine 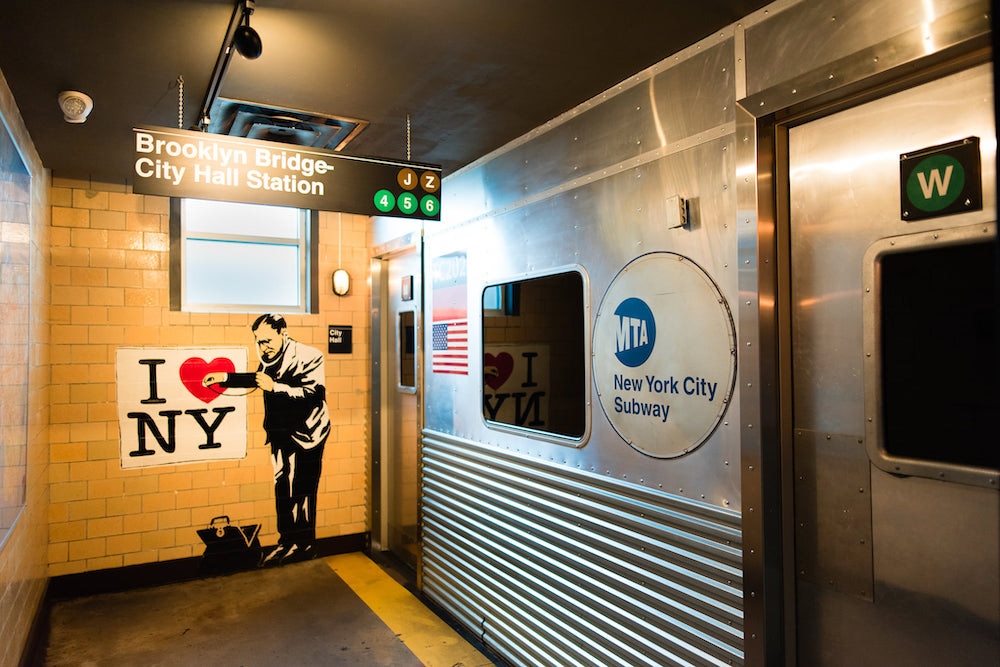 We don’t know what their pizza’s like, but the bathroom at Two Cities Pizza Company in Mason, Ohio, is apparently the place to be for good times and atmosphere.

So proclaims Cintas Corporation, a restaurant supply company that’s currently sponsoring the America’s Best Restroom Contest. In a press release this week, Cintas announced the competition’s 10 finalists, all of which offer “innovative and hygienic public restrooms … that are well-maintained without sacrificing aesthetic quality.”

Two Cities Pizza, which celebrates New York and Chicago in its menu, theme and décor, is one of two restaurants that made the cut. (The other restaurant finalist is Nan Thai Fine Dining in Atlanta.) What makes the pizza shop’s bathroom a can’t-miss destination for folks looking to relieve themselves amid scenic splendor? 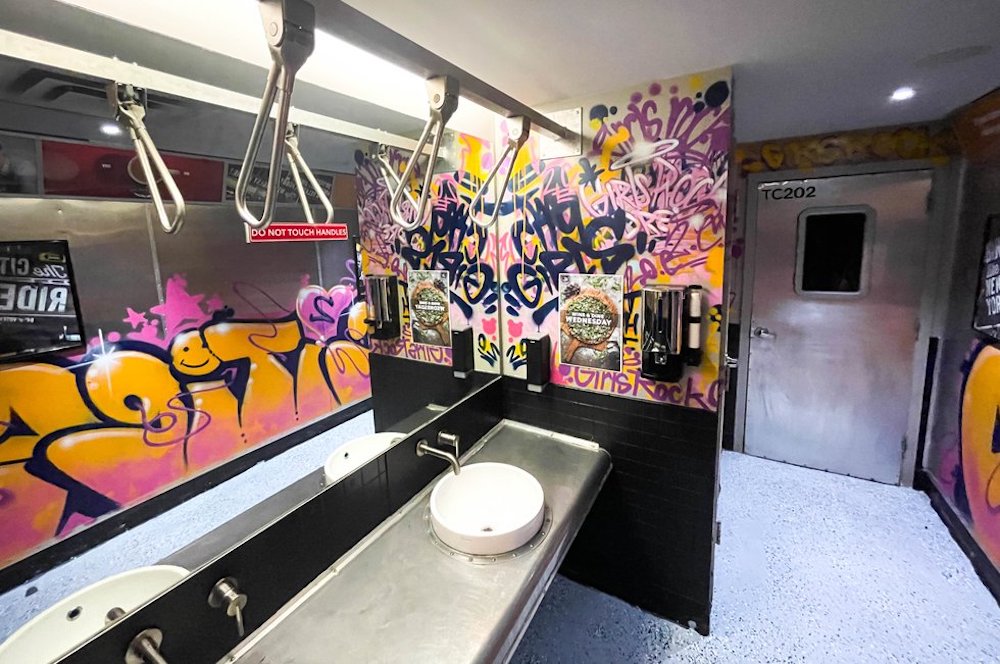 It all starts with a design concept that recreates the look and feel of the New York City subway station. “The restroom is fully outfitted with a subway platform, train car, station stops playing over the speaker, authentic subway handles above the sinks and even graffiti on the walls,” Cintas explains in the press release. “A properly taken selfie sent to a friend in New York is good enough to convince them you made a surprise visit to the Big Apple. Just make sure you get off at the right stop before your pizza gets cold.”

Related: This pizzeria boosted employee pay to $78 an hour for one day

In a Facebook post on July 19, Two Cities Pizza called on its customers to vote in the contest and ensure its restrooms take home the winning title. The post has thus far garnered 184 reactions, 22 comments and 11 shares.

Founded in 2015 by childhood friends Sean Spurlock and Zach Greves, Two Cities Pizza also takes its urban theme on the road with bright yellow and black delivery cars that look like big-city cabs. And, not surprisingly, the menu features both Chicago deep-dish and foldable New York-style pies in what the Two Cities website calls “the tastiest peace treaty of all times.”