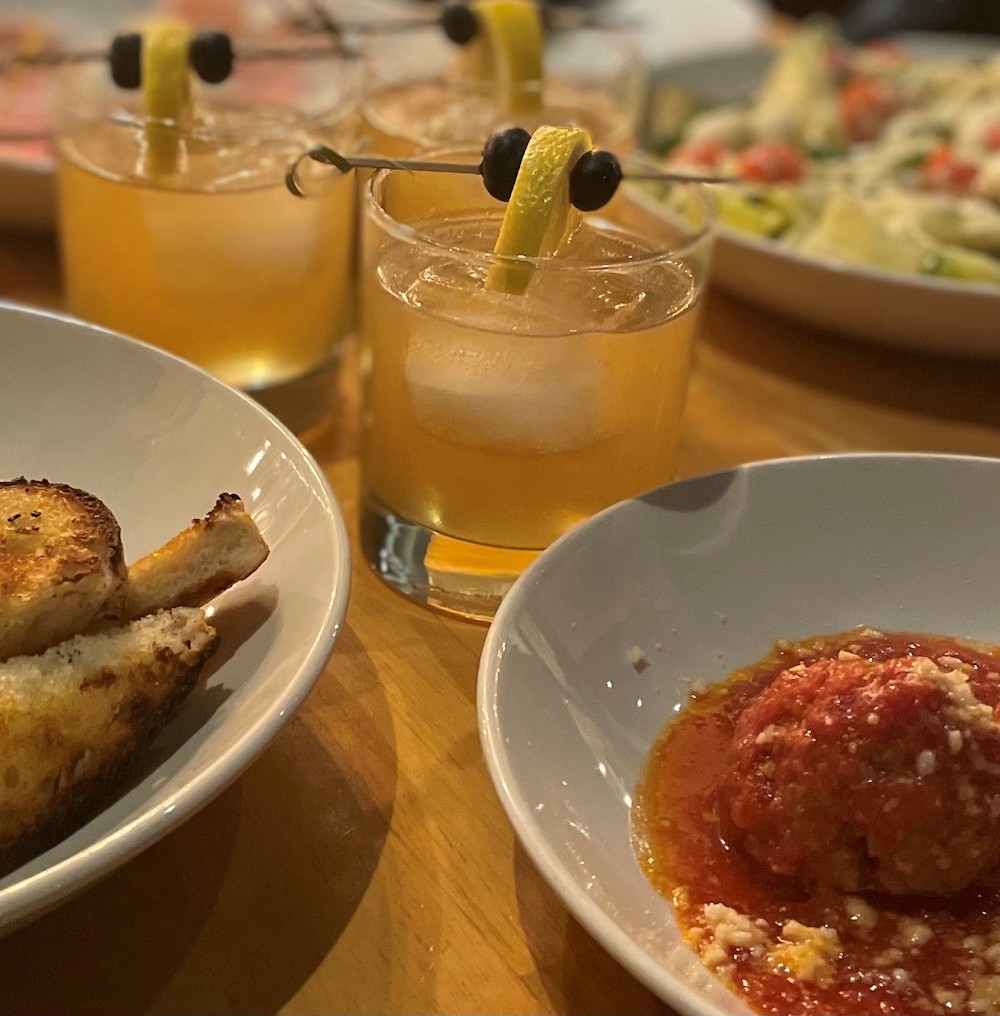 When Iryna Mykhalchuk, the lead gnocchi maker for Tutta Bella, returned recently from a visit with her family in Ukraine, she knew things looked bad for the people and the country she loves. Since then, Russian forces have advanced on major cities like Kyiv and reportedly attacked civilian areas, meaning no one is safe. And all Mykhalchuk can do is keep an eye on the news and pray for peace—and her family’s safety.

“Every day they hear the sirens, and that means to them to hide because something is coming from the air,” a tearful Mykhalchuk told a local TV station on Monday. “They don’t know what is next.”

To show his support for Mykhalchuk and other Ukrainian staffers, Joe Fugere, owner of Tutta Bella in Washington State, has removed all Russian-made vodkas from his inventory. Tutta Bella, the Northwest’s first Neapolitan pizzeria to be certified by the Associazione Verace Pizza Napoletana (VPN), has also crafted a new cocktail—featuring Polish vodka—that will be sold to raise funds for a Ukrainian nonprofit. Tutta Bella has five locations in Seattle, Bellevue and Issaquah.

“Tutta Bella stands with our Ukrainian employees and the people of Ukraine,” said Joe Fugere, the company’s founder and CEO, in a statement. “[Mykhalchuk] and two of her fellow team members are from Ukraine. Like so many around the world, we have felt utterly helpless and filled with deep despair for what the Ukrainians are enduring.”

Mykhalchuk returned from Ukraine two weeks ago and has grown increasingly worried for her family’s safety. Her family had to flee their home in a small Ukrainian city after learning a nearby train station—just 100 meters away—had been targeted for an attack by Russian forces.

“I am equally terrified and devastated,” Mykhalchuk said. “My family is now hunkered down in a small house on the outskirts of our town. There is no restroom and no kitchen. The only thing sustaining me right now is the gratitude in my heart for the solidarity people are showing for my homeland.”

Tutta Bella’s new cocktail is called the Peremoha, which means “victory.” All proceeds from its sales will go to Razom for Ukraine, a non-profit organization supporting the people of Ukraine in their pursuit of a democratic society with dignity, justice and human and civil rights for all.

A Facebook fundraiser for Razom for Ukraine has brought in more than $490,000 thus far, with a current goal of $550,000. Click here to donate to the fundraiser.

Tutta Bella shared the recipe for the Peremoha, noting that the garnish represents the Ukrainian flag. Chopin vodka, one of the key ingredients, is distilled in eastern Poland.

Directions:
Fill pint glass with ice. In a shaker pint, add vodka, Amaro Montenegro, lemon juice, ginger beer and simple syrup. Using a stainless-steel shaker, shake all ingredients together for 15 seconds. Double-strain ingredients into a rocks glass with a jumbo ice cube in it. Add garnish horizontally over the glass.

“We will donate all proceeds from the Peremoha as long as the conflict lasts,” Fugere said.