Trying to raise money to expand your pizza business? Let the experts tell you how to do it. - PMQ Pizza Magazine 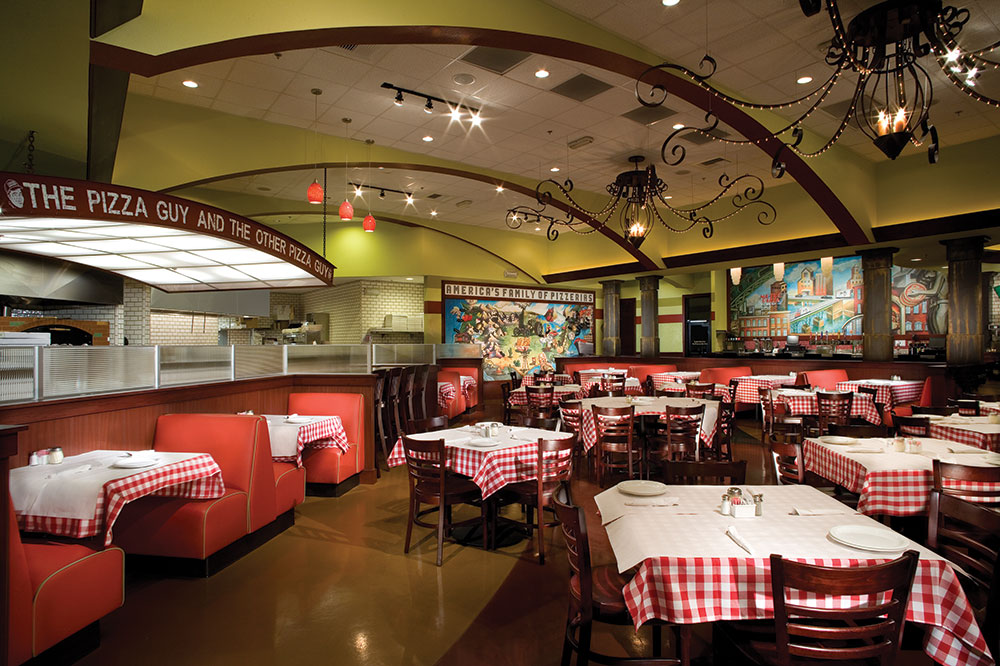 Even in a booming economy, raising money for the risky business of restaurants can be difficult. In today’s climate of government shutdowns, tight credit and politically fueled fiscal crises, many independent operators may feel like there’s no point in even trying. There are options—bank/SBA loans, self-financing or taking on investors that are passive or working for the business—but no easy answers. “When self-funding, it can take a long time to amass the money you need, and banks traditionally hate restaurants, so the process can be challenging,” says John Arena, the co-owner of Las Vegas-based Metro Pizza (metropizza.com), which has five locations and two licensed operations in Nevada.

When Keith Hayman, the co-owner of Music City Pizza (musiccitypizza.com) in Nashville, Tennessee, was looking to open his first location, he visited seven banks with no success. “Even with a great business plan, great credit and an established location, restaurants are the biggest fear for lenders,” he says. “It’s a bit easier if you have proven cash flow, but, ultimately, I had to go to friends and colleagues for fundraising, requiring a lot of dialogue, business planning and a great product.”

This approach, also known as the “friends, family and fools” strategy, paid off for Hayman in the long run; He raised $800,000 to open his pizzeria last September. Meanwhile, Drew French, founder of Your Pie Franchising (yourpie.com), based in Athens, Georgia, got a similar less-than-enthusiastic reaction from banks when he presented a business plan for his first unit just as the economy tanked. Luckily, a family member invested in the concept and helped him get it off the ground. Once French was able to show lenders eight months of profit-and-loss statements, he more easily obtained a loan to open a second location, then a third and fourth. “We found out that you still borrow your own money,” he says. “You have to build a personal guarantee on any money you borrow. And a lot of people underestimate costs—you need working capital, not just the money it takes to get a second location open.”

Arena agrees that every time you go to a traditional lender, you put your personal assets on the line, while you risk giving up ownership with venture capital. When opening an additional location, he recommends seeking out an existing turnkey operation; it requires a smaller investment, and you can simply convert the operation to fit your brand. “As an independent, you can self-finance, but you bet double or nothing,” he notes. “Every failure risks what you have.”

Scott Svenson, co-founder/CEO of the 15-unit MOD Pizza (modpizza.com), based in Seattle, notes that although investors offer more expensive and dilutive capital compared to loans, acquiring debt comes with its own constraints and risks—so evaluate the options carefully to find one that’s right for you. “You want to marry the right capital strategy with the right growth and brand strategy,” he says. Thus, he recommends being more adventurous with risk if your growth strategy is less expansive, or less adventurous financially if you want to grow to larger proportions.

According to Hayman, there is some good news for operators looking to raise expansion capital. He notes that, in regions experiencing growth, some banks are starting to loosen their purse strings, and operators with an established track record, combined with good credit, face less skepticism from lenders. To get started, he suggests approaching a bank with which you have an established relationship. Just keep in mind that you’ll often need to find guarantors who will receive equity and cosign the loan for you. “To give you X amount of dollars, generally, banks want to see three times that amount so that they feel like they’re taking no risk,” Hayman explains. “Basically, you need to have a lot of money and know people with a lot of money!”

For growing concepts to less than six units, David Barr, chairman of Your Pie, recommends finding a local lender working with the SBA or seeking help from friends and family. For faster growth, however, a unique concept with the potential for national expansion might receive institutional money, such as from a private equity firm. Meanwhile, he adds, the SBA is expanding its reach to assist small businesses in a difficult economy, benefiting both small and larger markets, although the mid-sized market (loans for $1 million to $50 million) remains difficult. “The process is more arduous because of bank regulators scouring every document, but the capital is there,” Barr says. “Going to friends and family, by contrast, is more expensive capital; it requires a higher return than the 6% rate that banks would charge, so debt is the first choice.”

When it comes to private investors, each deal will be made differently; they may want a percentage of interest, equity in the company or a hybrid of the two, French says, and what you choose depends on what you’re trying to accomplish and what you’re willing (or not willing) to give up. To get the most out of your private investors, Svenson recommends finding like-minded individuals who can not only invest capital but who will add value to the overall business. “Tie your capital strategy and your talent strategy together,” he advises. “Investors should feel a sense of ownership and engagement. Once you have that private capital, other options will open—such as debt capital from banks, institutional capital or even accessing the public market.”

For example, Michael Dene, owner and managing director of Michael’s Pizzeria (michaelspizzeria.com), with three locations in Southern California, was able to self-fund his pizzeria thanks to the addition of two partners who also brought valuable expertise to the business—an architectural contractor who builds out locations and a marketing director who spreads the word. “Both have a vested interest in developing the business,” Dene says. “That’s important, because our vision is to have 20 to 30 locations within five years.”
Finally, Hayman advises, you can always ask for help from like-minded businesspeople. “Visit entrepreneurial centers, which offer networks of successful people who are often looking for investment opportunities and have chapters all over the country,” he says. “Or, if you’re looking to franchise, try the National Franchise Association. Talk to people who can help you get where you want to be.”

Whether you’re looking to reach out to private investors or traditional banks, you need to ensure that you present your growth as risk-worthy. However, Arena notes, the No. 1 challenge for a restaurant owner is inaccurate record keeping, so make sure someone is accurately documenting every aspect of the business to satisfy bankers or investors. “If you’re less than forthcoming about your purchasing, payroll or sales figures, you have no documentation that gives banks a sense of security,” Arena says. “You can’t be paying taxes on $500,000 while telling the bank you make $1 million in profits; you need realistic, accurate numbers and performance.”

Dene recommends developing a business plan that includes a forecast for the next three to five years and shows revenue, food costs, and gross and net profit. “Have an accountant put together a plan based on your history, throughput, location and number of seats you have,” he says. “You have to do a lot of research, and it’s a long process. Owners often underestimate the time everything takes, so set up a team and get organized.”

If you’re using your own capital, including taking on debt, you might start small, Hayman says. “Start with a sellable business plan; bankers really pore over projections and profit-and-loss statements, so don’t just have a vision and forget to polish your plan,” he warns. “You have to know every number and every point of projection—the devil is in the details.”

Barr agrees that detailed, accurate, timely and relevant financial statements are crucial. Show the economics of the existing unit(s), plus accurate projections for the new unit(s) and your working capital needs. “People forget that they need money to fund labor and other items during the startup phase, so work with a lender to identify your needs,” Barr advises.

Ultimately, a good reputation and longstanding presence in the community will help, since banks are looking for verifiable documentation, a good track record, collateral and a business model that works, Arena adds. But keep in mind that, no matter whom you turn to for capital, there is one incontrovertible factor: the bottom line. “Investors are interested in one thing: Do you have a healthy profit?” Arena says. “They’re looking at return on investment vs. risk: ‘Am I going to make enough money to offset the inherent risk? Is it a sound investment, and can you prove it?’” Hence, before even considering any type of expansion, pizzeria operators would be wise to first ask themselves those questions—then start on the lengthy legwork to make their dreams of expansion a reality.