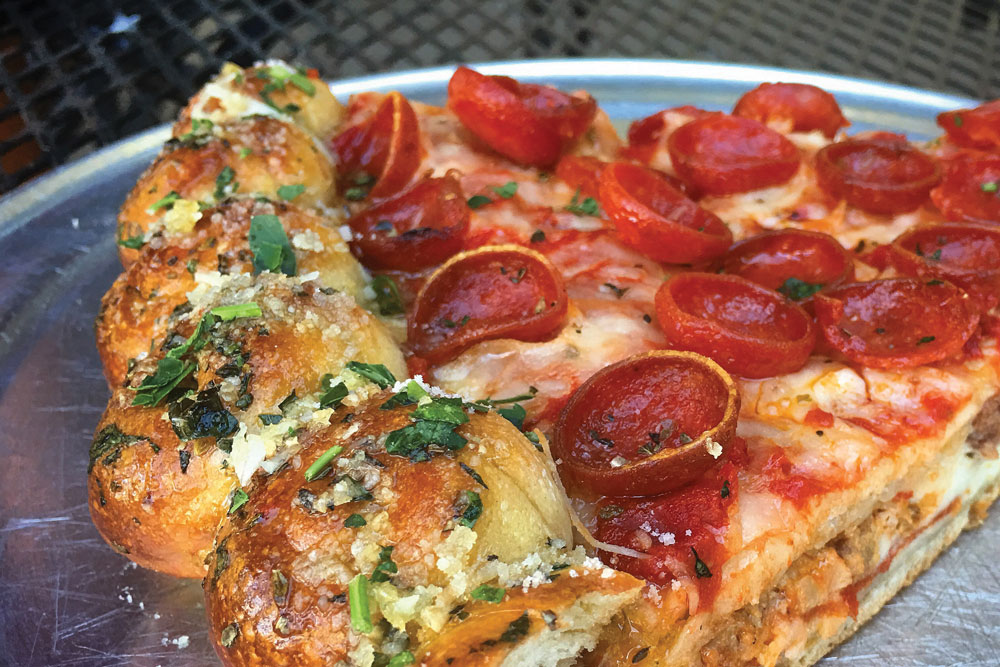 For most pizzerias, herbs and spices such as oregano, basil and thyme have always had a prominent place on the menu. But as the restaurant industry incorporates a growing list of spices in response to increased consumer demand, pizzerias are getting in on the game, too. Understanding how to successfully balance spices and herbs in order to make them shine can result in a noticeable flavor boost. The following seven tips will set you on the right track:

1. Start With Your Dough.

There are a lot of ways to create a flavored crust, according to Tom “The Dough Doctor” Lehmann, beginning with the preparation of your dough. “You can start with onion and garlic powder,” Lehmann says. “However, a little goes a long way; use a max of ¼ of 1% of your flour weight of these spices, since they both exert a reducing effect on the dough, meaning they will make the dough softer.”

Related: Do these pizzerias serve the best pizza in the U.S.?

Lehmann says that we generally see garlic and onions in a pizza sauce, but both have a thickening effect on tomato pectin. “If you add garlic and onions to a can of tomatoes, it will look like jelly the next morning,” he notes. “The problem happens when operators start adding water to the sauce to thin it out; then the water dilutes the flavor, and you end up making a less-than-ideal sauce.” A better way to add garlic and onions to the sauce, according to Lehmann, is to enlist the help of your trusty microwave. “Put a little water in a microwave-safe bowl, along with your onion and garlic—fresh or powdered—and nuke it until it comes to a full boil. Once it boils, take it out, let it cool and add it to your sauce. This can be achieved in a saute pan as well, as long as the onions and garlic reach an internal temperature of 185°.”

Lee Hunzinger, a chef at Cane Rosso in Dallas, has his own ideas for pizza sauce. Rather than mixing seasoning into the sauce, Hunzinger, the former head pizzaiolo and manager at Zoli’s NY Pizza Tavern, sprinkles dried oregano over the sauce prior to adding cheese and toppings. “Oregano is a very strong spice, so just a hint of it goes a long way,” he says. “We choose not to add any seasonings, except sea salt, to our sauce, since dried herbs can change the color of your sauce as the herbs hydrate.” 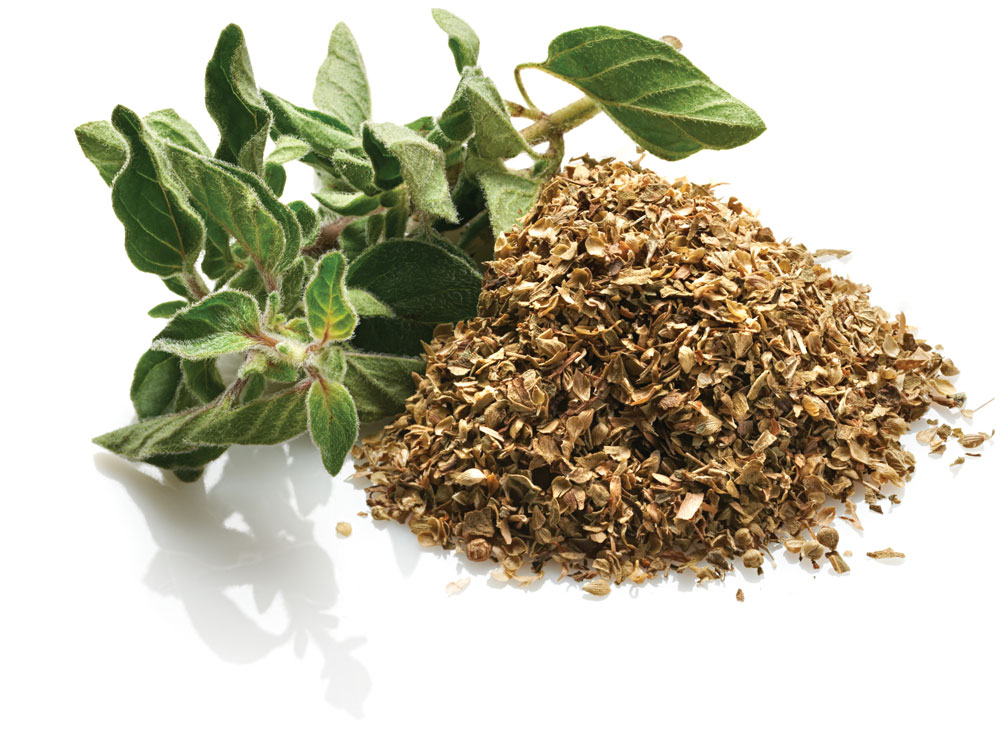 3. Use Fresh Herbs When Possible.

Over the years, Lehmann has found that many consumers associate pizza with heartburn, but after testing various pizza ingredients, he found it was actually the dried basil and dried oregano that had customers feeling the burn. “It’s not that expensive to use fresh herbs,” Lehmann says. “Besides that, consumers are better able to taste the other ingredients when we remove the dried herbs. I think that, over time, pizzeria operators keep adding more and more dried herbs to make their sauce more flavorful, and that’s becoming the flavor of the pizza. You can’t taste anything else, including the cheese. When you get away from using the dried herbs, the fresh herb flavor becomes much more aromatic and less pungent.”

“I like to use fresh herbs as opposed to dried herbs,” agrees Hunzinger. “I just think the flavor is a lot better with fresh.” Which herbs he uses depends on the pizza. “If I’m using chicken on a pizza, I’ll have fresh rosemary and thyme in the marinade,” he says. “When I can, I’ll also use fresh rosemary in our toppings when we’re roasting mushrooms; rosemary grows right in front of my apartment, so I can just pick it off the bush.”

Throughout pizza history, basil has been a mainstay. This simple, fresh herb is essential for a Margherita pizza and a wonderful addition to many others, including those without sauce, such as white pies. “We use fresh basil on a regular basis,” says Debbie Taggart Gainor, co-owner of Pizza Zone in Spring, Texas. “On our build-your-own-pizza option, many of our customers choose basil as one of their six ingredients.”

Want an easy solution to those picky eaters who refuse to eat plain crust? Try offering a seasoned option. For an upcharge of 50 cents, Pizza Zone has offered its customers an optional seasoned crust for the past 12 years, according to Gainor. “We brush the outer crust with garlic butter and shake on a 50-50 mix of Italian seasoning and Parmesan cheese,” she says. “We got the idea from another pizzeria, and now 20% to 30% of our customers order the crust; some even order it on the entire base of their thin crust.”

Lehmann says he mixes Parmesan and Romano cheeses with dried Italian herbs for his seasoning (it’s called “dirty crust” by some in the industry). “Before putting the toppings on, take a brush dampened with some water and brush the full outer edge,” says Lehmann. “Then just sprinkle the mixture around the edge.” Lehmann says that using water instead of butter or olive oil will allow the seasoning to adhere to the crust better. “After baking, if you want to add butter or olive oil to the outer crust for flavor or shine, that’s the better time to do it—not before.”

“What I did at Zoli’s with the specialty pies is similar to a Stella D’oro breadstick, with fennel seeds, salt, pepper and oregano,” Hunzinger says. “That way, when customers get to the crust, if they want to dip it in something, it’s like a breadstick.” Hunzinger says he’s also made crusts with poppy seeds, creating an “everything bagel” effect. “I like to have fun with pizza,” he says. “When it comes to New York-style pizza, anything goes.”

You never know when you’ll want to experiment, so keep a selection of spices on hand for testing on specialty pizzas. “We have salt and pepper, oregano, crushed red pepper, cayenne pepper, fresh rosemary, thyme, chives and dill,” Hunzinger says. “I like to be open-minded and creative, within reason; anything that can be a dish can be a pizza.”

Remember, more is not always better. “My advice to the industry would be to tone down the use of the dried oregano and basil and increase the use of the fresh green-leaf versions,” Lehmann says. “You’ll find that you can use less cheese when you use fresh herbs, because the flavors stand out more.”

Hunzinger agrees, adding, “I know it costs a little more, but when given the option, always try to use fresh herbs and keep things simple,” he says. “The flavor is just better when you use fresh and use less.”