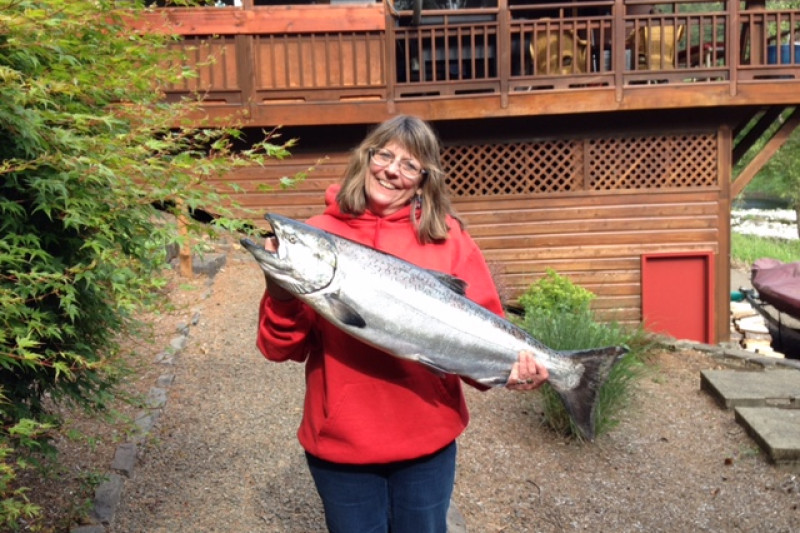 A freak accident left a woman in critical condition after a tree toppled over and fell on her while she was eating at a Wayzata, Minnesota, pizzeria.

According to KARE, Micki Scott was eating with her husband and daughter at Punch Pizza when the tree fell and pinned her down on the patio. “On Saturday, May 6, we were out for dinner, sitting at an outside patio, when out of nowhere, a tree fell from a neighboring park,” Scott’s husband, Dan Scott, explains in a GoFundMe site set up to help pay for his wife’s medical bills. “The tree hit the side of the building, the top snapped off and the rest of the large tree landed right on top of Micki. It took about 20 people to lift the tree high enough for us to slide Micki out from under it.”

Dan Scott says his wife suffered five fractures in the pelvis region and sustained seven broken ribs. Her lung was also punctured and her head was injured.

Wayzata City Manager Jeffrey Dahl told KARE the city brought in an arborist to examine the tree and that it appeared to be diseased. The city has removed additional trees from the area near the pizzeria.