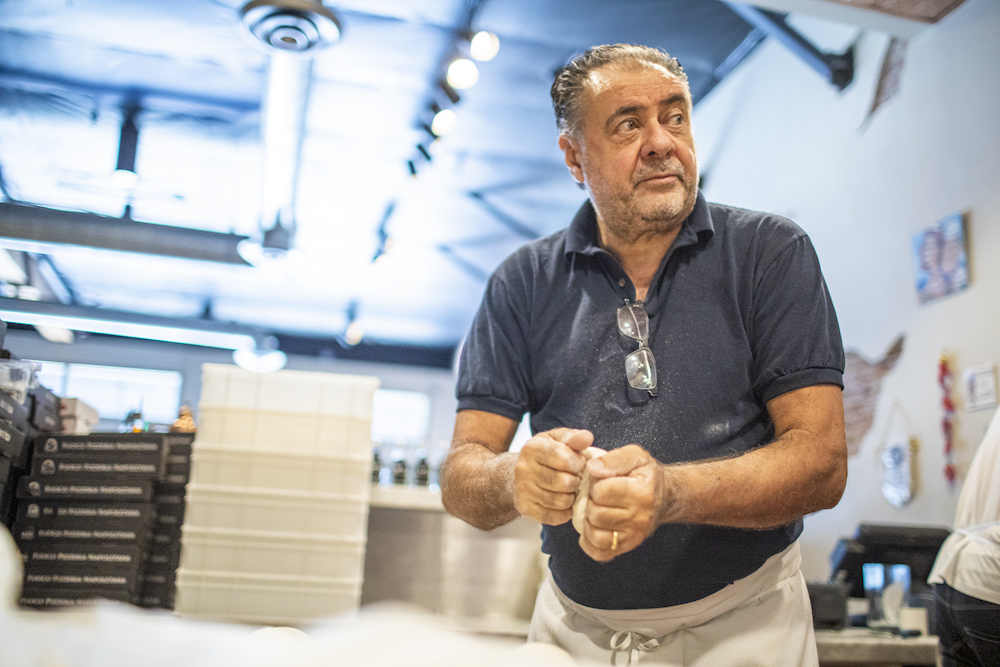 Related: The Pizza Power Report: Are independents making a comeback?

But due to the rising cost of food and other expenses, profit margins stayed relatively steady for full-service restaurants (FSRs) at 10.6%, with the exception of larger restaurants with 120 seats or more. The latter report profit margins as high as 13%.

The report found that 53% of restaurateurs said they raised their menu prices in the past six months, with an average price increase of 15%.

“After contending with the worst of the pandemic, many restaurants had their sights set on a more successful 2022, but it’s been a mix of highs and lows,” Samir Zabaneh, CEO of TouchBistro, said. “Now, as the restaurant industry enters another year characterized by economic instability and change, many operators are once again preparing to adjust the way they run their businesses. Some have invested in technology that can help them adapt to changing business conditions quickly and efficiently, while others have found creative ways to keep expenses down and profits up.”

“Managing these changes certainly won’t be easy, but if the last few years have proven anything, it’s that the restaurant industry always finds a way to adapt,” Zabaneh added.

Staffing and labor remains a problem for FSRs, the report found, as 97% of restaurateurs said they’re short at least one position. On average, they report being short on five positions. Fifty-nine percent said they’re offering higher wages to stay competitive, while 49% also offer professional development opportunities to employees, up from 39% last year.

Related: Women in Pizza: How pizzaiolas are shaping the industry’s future

Other highlights from the report:

Emerging Trends
The report also pointed to five emerging trends that can help restaurant operators navigate the year ahead.

1. Calculated price changes: While many diners are sympathetic and willing to tolerate some price increases, there are also signs that they’re starting to tighten their wallets. Restaurateurs should be careful to keep price increases to a minimum where possible to avoid giving diners a serious case of sticker shock and driving business away. Overall, most operators reported raising their prices by 15% on average, which appears to be the maximum increase most consumers are willing to absorb. Operators should keep this figure in mind and evaluate the potential business implications when considering any further increases.

2. Menu flexibility: Twenty percent of restaurant operators said that ingredient shortages was their No. 1 inventory challenge this year. In response, many operators have learned to be more flexible when it comes to their menus and specials. Whether it’s switching suppliers, sourcing ingredients locally, finding substitutes for certain ingredients, or adjusting portion sizes, operators should look for opportunities to build more flexibility into their menus so they can better adapt to ongoing ingredient shortages.

3. Refocusing on retention: While the No. 1 demand from employees is for higher wages, operators can explore other ways to keep staff happy, such as benefits and professional development opportunities. Although this may seem like an added expense, it’s worth noting that the average cost of training a new employee has risen to a whopping $3,959, suggesting that retention might be the most financially savvy staffing solution.

4. The TikTok turning point: Many operators report using TikTok over Instagram, which seems to have moved out of the spotlight, especially in major restaurant hubs like New York City. In fact, many operators reported customers coming in after watching a video on TikTok. While restaurateurs should not put all their efforts into one social media platform, it’s clear that TikTok is worth investing in to continue attracting new diners.

5. POS systems that do it all: Operators are increasingly realizing the value of having a modern POS that can not only take orders, but also handle payments, support a loyalty program, process online orders, track reservations, and more. Nearly a third (30%) of operators said that the ability to integrate with other third-party software was a top factor they considered when choosing a new POS system, suggesting that having everything accessible through one platform is increasingly preferred.

Now in its fifth year, the “State of Restaurants” study was conducted by research firm Maru Matchbox on behalf of TouchBistro in September 2022. More than 600 full-service restaurant owners, presidents and area/general managers were surveyed across all 50 states with an added focus on six key cities: New York City, Los Angeles, Chicago, Dallas, Houston and Miami. Survey results are accurate +/- 4% 19 times out of 20.