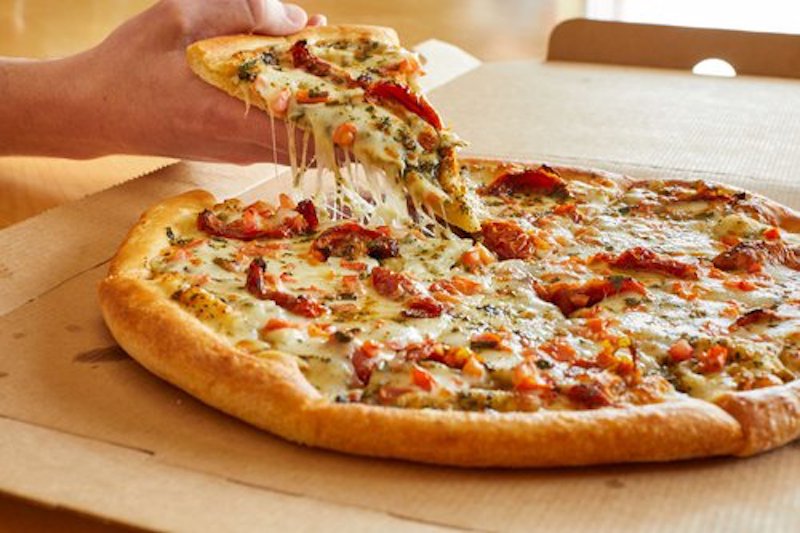 Read more at PizzaVegan.com: How to incorporate plant-based proteins into your vegan pizza menu

Milwaukee-based Toppers Pizza, with 68 locations and growing, unveiled its new vegan menu nationwide on October 5, 2020—and, one year later, the offerings continue to evolve.

Part of the vegan menu’s success spawned from Toppers execs facing their blind spots. They knew that their own knowledge of vegan food was relatively limited, so the first strategy for menu creation was to enlist an expert: Melanie Manuel, owner of the vegan restaurant Celesta in Milwaukee. Her input would help the vegan menu feel more carefully crafted instead of approached as an afterthought.

Over the spring and summer of 2020, Manuel and the Toppers team developed the vegan menu, complete with dairy-free cheese and ranch dressing, for the October launch. “We got great feedback and success from the initial launch,” recalls Mac Malchow, director of national marketing and menu innovation for Toppers Pizza. “After our partnership with Melanie, we asked: Why not embrace making plant-based a bigger portion of our menu, catering to vegans, vegetarians, flexitarians and anyone who’s dairy-free? We wanted to offer a number of options for everyone.” 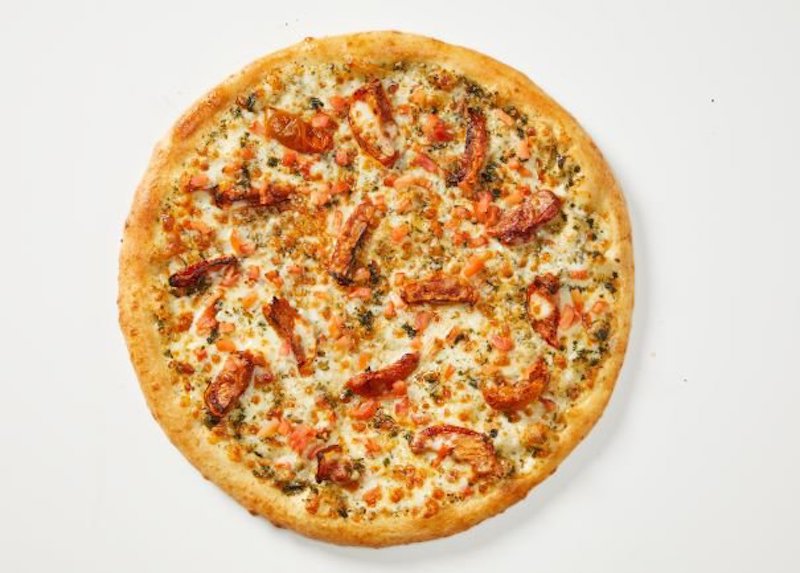 Dollars and Sense
If there is one takeaway from Toppers Pizza’s embrace of vegan-friendly foods, it’s that even chain pizzerias realize the many benefits of serving them. As Malchow alludes to, these foods now appeal to everyone—meaning that adding them is a great way to grow profits. “It’s been really incredible to see how much it’s grown: dairy-free, plant-based meats, Meatless Mondays,” Malchow says. “This was once viewed as a small segment of the population, but what we found is that a lot of people just like options.”

At the same time, Malchow saw that full-time or even part-time vegans were not only lacking options on restaurant menus—this category of consumers was growing at a very fast pace, and they’re the kind of audience that’s uber-engaged with the businesses that serve them. “They provide a ton of feedback to help us improve, and they’re very engaging in social media channels,” Malchow notes. “For a long time, they’ve been ignored, maybe getting one option on the menu, but we wanted them to actually enjoy the food they’re eating and come back. We didn’t do this halfheartedly—we made the choice to go after this underserved community, and we felt we’d have options they’d fall in love with.”

Malchow admits that one of the biggest surprises in catering to the vegan crowd has been how open and responsive they are. “There’s a myth that this audience is picky or complicated, but it’s not,” Malchow says. “Working with Melanie, and through our research and development, we found that if we spent time learning about their needs, we find a pretty open customer base. It’s misunderstood that people will be very critical—if you’re making good food that fits what they’re looking for, they’re very receptive repeat buyers who give clear and really positive feedback. It’s been really fun and easy!”

The menu soon added Veganstix, a reimagining of its garlic-butter Topperstix, and now offers a trending regional taste with the vegan Nashville Hot ’N Crispy specialty pizza, with Nashville Hot sauce, chicken, garlic roasted tomatoes, green onions, mozz, ranch, and a side of bread-and-butter pickles. Finally, the chain recently revamped its pesto to be both cheese- and nut-free.

Part of the vegan menu success at Toppers, Malchow believes, has revolved around deep research into the best-tasting vegan-friendly products. For this chain, it wasn’t about filling the menu with “good enough” food, but taking care in ingredient selection—even eschewing certain proteins altogether (think sausage and pepperoni) until the best option turns up.

Indeed, Toppers’ only alternative protein on offer right now is chicken from Beyond, while ranch dressing and mozzarella are sourced from Follow Your Heart. “We put plant-based toppings on the menu only if they taste great,” Malchow notes. “A lot of people are just working these options into their diet from time to time, so there’s a really high bar. Brands like Follow Your Heart and Beyond not only taste great, but they have a reputation for constantly innovating their own products, stepping up even higher in quality with enhanced versions of their foods.”

Malchow will be bulking up Toppers’ vegan-friendly proteins—ideally, adding new options to the menu in the first half of 2022. Meanwhile, he points out that Toppers will likely tap its larger-than-average amount of veggie toppings to create more specialty pies, as well as introduce new ones, such as “meatier” mushroom varieties that offer an easy swap for animal proteins. “We don’t just put something on the menu to fill a gap—we put it on because we think people will love it,” Malchow says. “We’re always keeping our eyes open.”