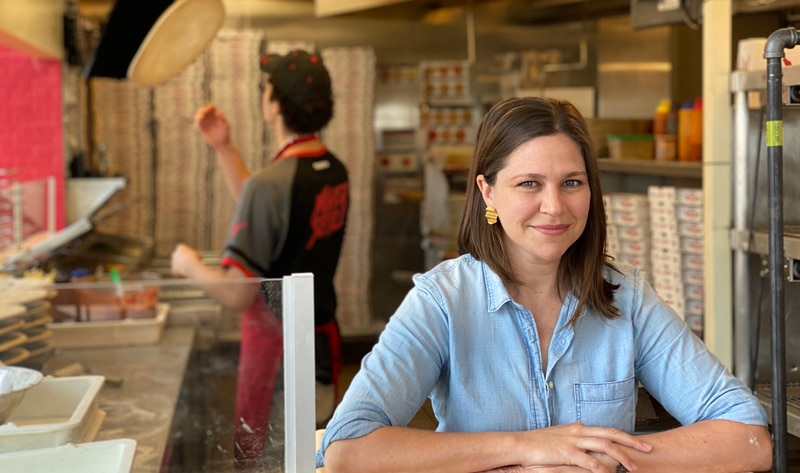 Add Toppers Pizza to the list of restaurant chains that are recognizing the value of adding vegan items to their menu. The Wisconsin-based chain has partnered with vegan chef Melanie Manuel of Celesta Restaurant in Milwaukee on a trio of plant-based pies that will debut later this month.

The vegan pizzas will initially be offered at Toppers stores in Madison, Wisconsin, on July 20. A national rollout will follow in October.

“Normalizing vegan food and making it available—and accessible—to everyone has always been among my goals for Celesta,” Manuel told OnMilwaukee.com. “I try to make Celesta feel very inviting and accessible to everyone. And it’s always been important to me to show people that they can still enjoy just about any type of food while adhering to a vegan lifestyle.”

Mac Malchow, Toppers director of national marketing and menu innovation, said the partnership with Manuel is “a natural fit.”

“We knew we wanted to create a vegan menu, and we were drawn to Melanie’s love of creating housemade, soulful vegan dishes inspired by classic, familiar recipes,” he said in the OnMilwaukee interview.

Manuel has said she hopes collaborating with a national pizza brand will help demonstrate the possibilities of meat-free food to a broader consumer base.