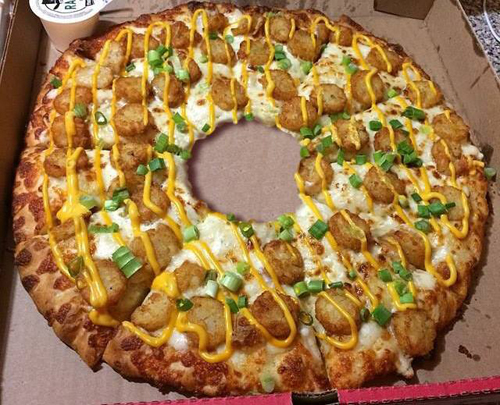 A pizza outfit called Toppers is bound to offer some unusual toppings but real octopus is one that didn't fly with this growing Wisconsin-based chain.

According to Gazetteextra.com, when Toppers Pizza began testing new pizza varieties in the early 1990s as a small-scale takeout pizza company, some of its other creations immediately caught fire. That includes Topperstix, the company's signature, perforated, cheese-topped slabs of breadsticks created in 1993. It sold within seconds of workers pulling the first batch from the oven. Octopus pizza may have never caught on but the willingness to take risks is the trademark of the company Toppers President Scott Gittrich.launched 20 years ago as an assault on what he saw as bland, boring pizza borne from the rise of huge, national chains in the 1980s.