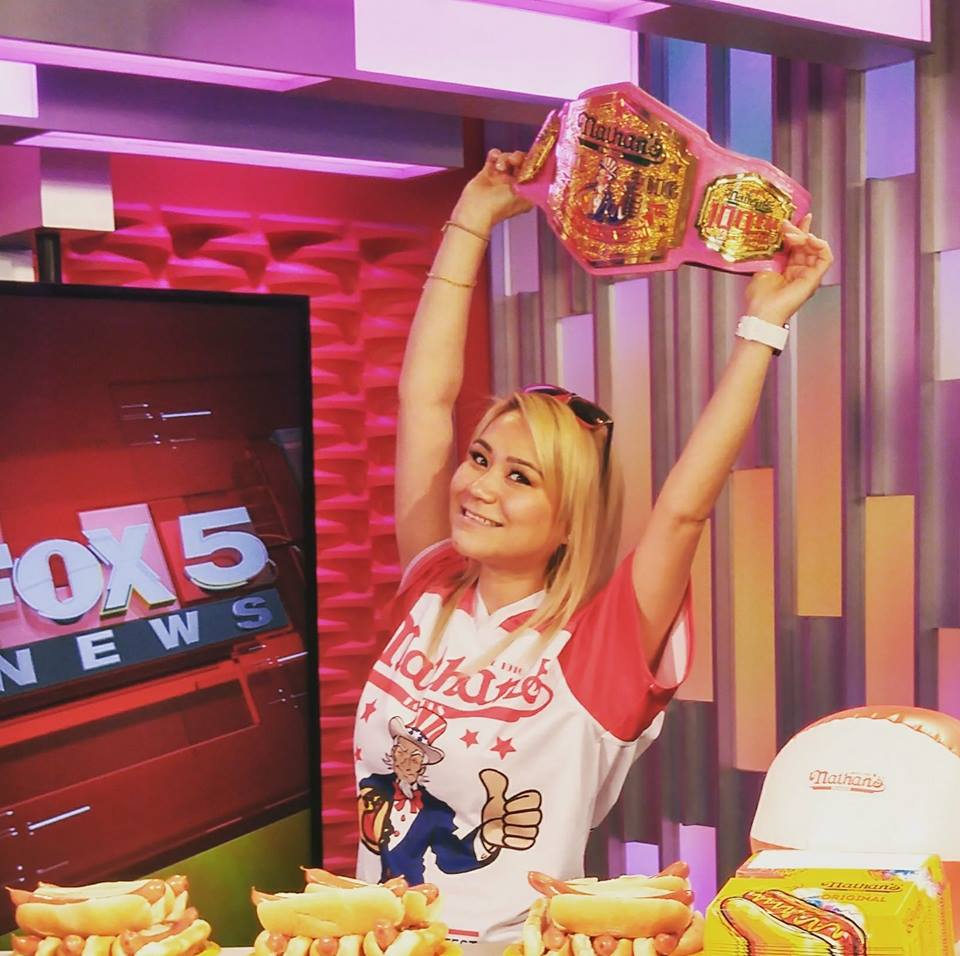 Miki Sudo can eat a lot of hot dogs and kimchi, but can she handle the Double Down Pizza Challenge at Slice of Vegas?

A Las Vegas competitive eater and the reigning champion of the annual Nathan’s Hot Dog Eating Contest for five years running, Sudo aims to be the first person to gobble down Slice of Vegas’s 7-pound pie, topped with capicola, salami, pepperoni, bacon, ham, onions, mushrooms, jalapenos, and mozzarella, in one hour without leaving the table.

Sudo won her fifth straight Nathan’s contest on the 4th of July this year, downing 37 hot dogs (with buns) in 10 minutes. She has lamented, in an interview with TMZ, that female competitive eaters don’t earn as much as men.

Sudo finished off 41 hot dogs in the Nathan’s event in 2017 but only ate 37 in this year’s contest. “People ask me, ‘How come you only ate 37 yesterday? Was it the weather?’ I’m like, no, it’s because I have no incremental incentive to work harder … it makes no difference to me.”

If Sudo wins the Double Down Pizza Challenge, it won’t exactly be a big payday. The prize includes a $100 gift card, a T-shirt and a picture on the restaurant’s wall of fame.

Sudo holds the No. 7 spot in the Major League Eaters’ (MLE) ranking of the world’s top competitive eaters among men and women and is the highest-ranked woman. In previous wins, she has eaten 7.5 pounds of deep-fried asparagus in 10 minutes; 16.5 pints of vanilla ice cream in six minutes; and 8.5 pounds of kimchi in six minutes.