Getting into an Ivy League university is no easy task, but Carolina Williams may have hit upon a shortcut: Just talk about pizza.

In a 200-word application essay that helped earn her admission into Yale, Williams, a recent graduate of Ravenwood High School in Brentwood, Tennessee, waxed eloquently about her love of Papa John’s pies. “When I saw that the prompt was, ‘Write about what you love to do,’ my very first thought was order pizza from Papa John’s,” Williams told Business Insider. “I order pizza from Papa John’s once a week—it’s my absolute favorite! I thought for a while about if I should actually do that and if they would take it seriously, but I decided to just write it because it was so easy and my passion came through.” 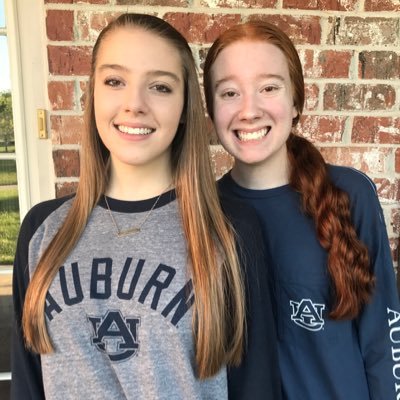 Every time a pizza arrives at her door, she wrote, “I instantly morph into one of Pavlov’s dogs, salivating to the sound that signals the arrival of the cheesy, circular glory.” She went on to add, “Accepting those warm cardboard boxes at my front door is second nature to me, but I will always love ordering pizza because of the way eight slices of something so ordinary are able to evoke feelings of independence, consolidation and joy.”

Papa John's is testing organic ingredients at 35 stores in Lexington, Kentucky. Read about it here.

The admissions officer at Yale apparently knows exactly how she feels. “As a fellow pizza lover, I laughed out loud (then ordered pizza) after reading your application,” the officer wrote in Williams’ admission letter. In a separate email, the officer wrote,

“I kept thinking that you are the kind of person that I would love to be best friends with. I want you to know that every part of your application stood out in our process and we are thrilled to be able to offer you a spot at Yale.”

Williams, who has a stellar academic record at her school and graduated top 10 in her class, was pretty thrilled, too, even tweeting out screenshots of her essay and the admission letter to Papa John’s—but not thrilled enough to accept Yale’s offer. She plans to major in business at Auburn University instead. 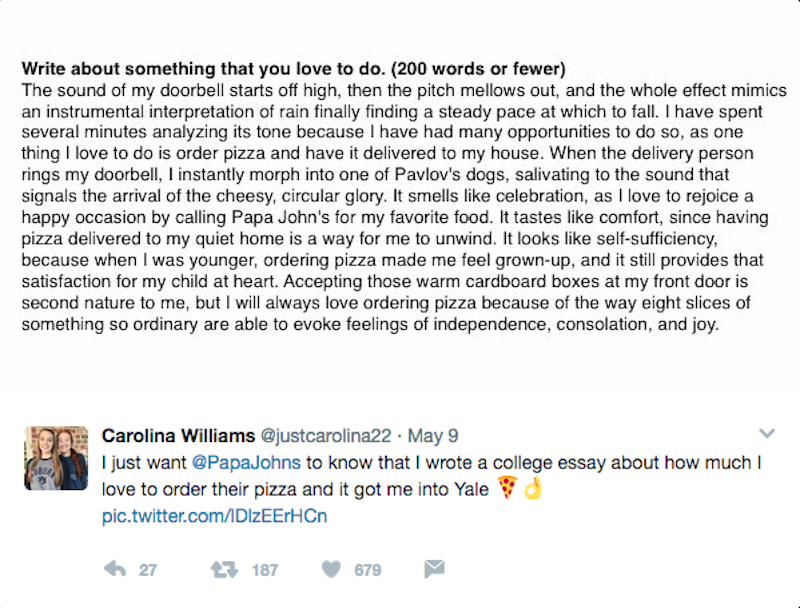