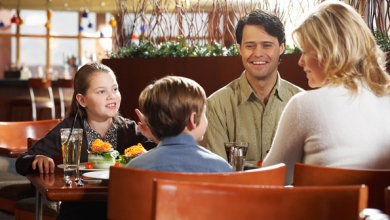 The Millennial generation is supposed to be self-absorbed. But a new study by The NPD Group says they're putting their children first when it comes to eating out, and it seems to be hurting the restaurant industry.

NM.com reports that according to the study, families with kids made 1.2 billion fewer visits to restaurants in 2014 than they did in 2008. For millennial families, those cutbacks are in part due to dissatisfaction with the menu choices for children. In the year ended September 2014, 28 percent of younger millennials (those aged 18 to 24) and 14 percent of older millennials (those aged 25 to 34), cited “not kid friendly” among their reasons for visiting restaurants with their children less often. Other top reasons for their continued cutbacks included “prefer home cooking,” “watching what I spend,” “bad economy” and “too expensive.”

Read more about what today's parents expect from a restaurant experience.