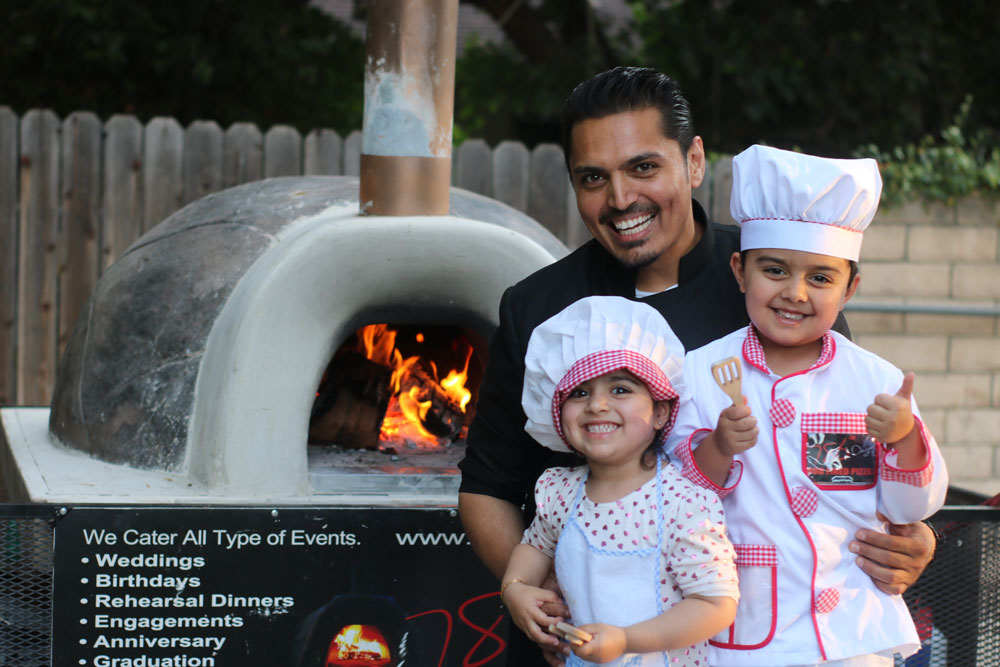 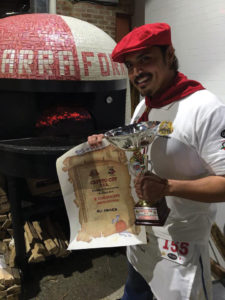 U.S. Pizza Team member Ali Haider, owner of 786° in Sun Valley, California, is a natural storyteller. Coming from a multicultural background, he has also learned to embrace the culinary traditions and flavors of many countries. He has taken the time to learn about them—about their history, where they come from, and why they’ve become so widely accepted in various cultures—and incorporate them into his own pizzas, each with its own compelling story. Customers, in turn, are telling tales about Haider nationwide, especially on Yelp. 786° had the highest Yelp rating of any restaurant in California in 2016 and was No. 17 nationwide in 2018. We asked Haider to clue us in on the secret of his cosmopolitan-inspired success.

Brian Hernandez: Your recipes are very exotic, and each is accompanied by a story. How do you come up with your recipes?
Ali Haider: I try to study the market. But I am blessed to have traveled all over the world. And I truly believe the flavors are beautiful everywhere—the sky’s the limit. So why just stick to one style? Why not pick up different flavors and present your pizza like a painting? The first level of thinking is, “What kind of clientele am I attracting?” Next, you ask, “What can I do to attract them even more?” I get a lot of tourists, so I have to cater to a wide variety of palates. I’m currently getting a lot of Korean tourists. So I try to present them something from their culinary world and get a compliment out of it.

BH: Is the “story” of the pie important?
AH: I think it is important. As an example, anyone can make a pepperoni pizza. There are a lot of new types out there—the cup-and-chars and so on—but if they can do it well, why would anyone want mine? I feel that putting a great story behind a pizza helps out. It gives your pie a history. Storytelling helps me connect with people and the people to connect with their food. It helps them really fall in love with it. And when they are finished dining, they have something they can take back and share with their family and friends. So, this way, even though they are not here anymore, they are still thinking about us.

BH: How hard is it to sell pies like the Bombay Tikki Masala, the Habibi and the Istanbul to the average diner?
AH: It’s not very hard. The pies are not customizable in my shop. I am giving you the flavors of this particular region as they should be presented. If you don’t like a topping, then we have other pies without that ingredient. But please trust me that this will be the flavor of the region as it should be presented. I recreate the flavors of the street foods in the various countries that inspire my pies. So, if you love this pie, then move to Turkey or India, and the flavors will be the same. It’s about paying respect to the flavors of the country. Once you explain it that way, it’s not a hard sell.

BH: How do you entice those customers who are still reluctant to try something new?
AH: At my restaurant, if you are a first-time customer, we will let you try our pies first before paying. I want to get you hooked. Your first pie is free, but once you love it, then you have to pay for them. That’s why I printed “For Pizza Addicts Only” on my shop’s walls. We truly want to hook you on our flavors. If you don’t like us, there are plenty of other shops out there, but once you walk through the doors of 786°, you’ll be a customer for life.

BH: Your store in Sun Valley is only 650 square feet. Yet you were able to get the highest rating on Yelp and were even mentioned in USA Today. How were you able to achieve that?
AH: True. Yelp just emailed me [in April 2019] and said we are the highest-rated pizzeria in the nation on Yelp right now. People ask me if I do anything special. My mission is to bring customers in to eat at my restaurant, then have them almost feel guilty about not sharing their experience. Sure, there will be a couple of bad reviews. I do not focus on those—you cannot change their minds, for the most part. Instead, what I try to focus on is what I did right. Dissect the good reviews and see exactly what made them happy and build on that. You cannot control the negative, but you can nourish the positive. That’s how magic happens.

BH: Has the growth of your customer base been strictly organic?
AH: Early on, it was just me. I would stand out front and pull anyone in to try my pizza. I would tell them, “You will love it.” Delivery guys, mail carriers, random passersby—I would offer them that free pie. “The first one’s on me!” From there it grew. People would talk and tell their friends, and before you knew it, we had lines waiting for us to open. 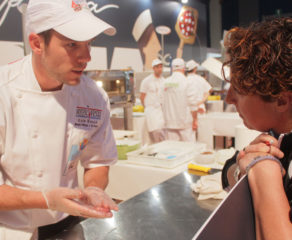 How to Play the Video Game 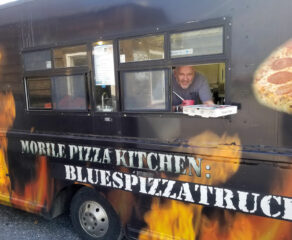 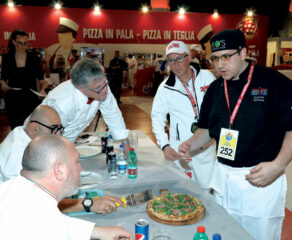 Tips From the Team March 2021 – Dan Uccello and Nathan Beucler

How to Create an Operations Manual for Your Pizzeria 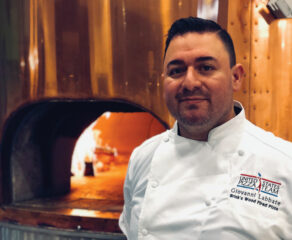 Tips From the Team: Giovanni Labbate and Billy Bricks’ Road Map for Success in 2020