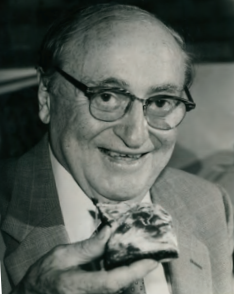 In 1944, Gus Guerra formed a partnership with his wife Anna’s uncle to open Buddy’s Rendezvous in Detroit—at first a bar only. “Profits from the bar business weren’t enough to live on, so Grandma Passalacqua told my parents they should sell food, too,” recounts Marie Guerra Easterby, daughter of Gus and co-owner of Cloverleaf with her brother Jack. “In 1946, Grandma taught her son-in-law, Gus, her Sicilian-style pizza recipe; they made it Grandma’s way, baked in rectangular pans and cut into squares.” Unfortunately, the partnership fell through, so Gus sold Buddy’s and the pizza recipe, moved to Eastpointe and purchased the Cloverleaf Bar (cloverleafrestaurant.com) in 1946—which, today, has grown to encompass seats for 200-plus guests, an enclosed patio, a lounge, an extensive menu, off-premise catering, and even nationwide shipment of par-baked pies. “When the pizza was introduced in the 1940s, my folks said it was like a little baby—you watched it grow, and the popularity grew,” says Marie. That tradition continues through the generations, as now all of the college-age grandchildren of Gus and Anna now work at the Cloverleaf; and spreads outward, as Shawn Randazzo, formerly a delivery driver, owns two carryout locations (cloverleafonline.com) with his wife, Linda. 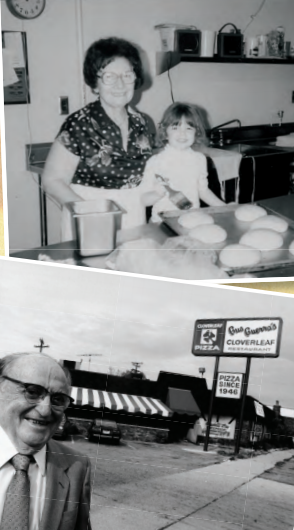 The Cloverleaf product—thick with a golden crust, including caramelized, crunchy corners thanks to the well-oiled seasoned pans in which the pies bake—has similarly inspired generations of loyalty from customers. The pizzeria stays active in the community through frequent charity work, as well as the Cruisin’ Gratiot event (co-created in ’99 by a Cloverleaf manager), which highlights the city and its automobile connections. Despite an electrical fire in 1993 that demolished the Cloverleaf building, the family rebuilt and continues to find success even amid a marketplace teeming with pizzerias and rising costs. “You have to love what you do and keep quality high; there’s a lot of competition out there,” explains Marie. “Our customers have high standards, and they won’t go for cheap ingredients or shortcuts!”