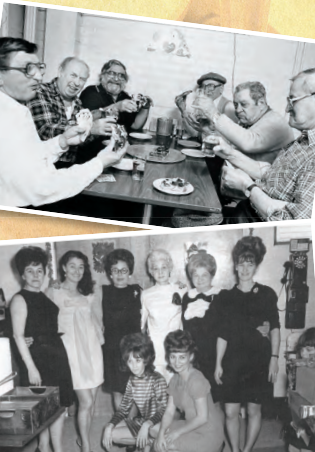 In 1946, when Buddy’s Rendezvous Pizza (buddyspizza.com) served its first pie, the Detroit (and U.S.) pizza scene was forever changed. Legend has it that the square pizza recipe was developed by a Sicilian-born waitress named Connie, employed by then-owner Gus Guerra. After a couple of ownership changes over the years, current owner Robert Jacobs obtained the business in 1970 and since then has infiltrated the suburbs; today, Buddy’s boasts nine locations in the Detroit metro area. “Square pizza and Buddy’s Pizza are synonymous in Detroit,” says Wesley Pikula, vice president of operations. “We have deep roots, and Buddy’s has spawned many other square pizza operations over the years.”

Pikula points to the pizza’s many unique facets: It’s made in rectangular blue steel pans that offer “unique baking properties”; the dough is stretched numerous times; and the pies receive a seemingly backward assembly process (makers first put pepperoni, then cheese, and finally sauce, atop the dough)—techniques unchanged from the original days. “The entire process is labor-intensive, but gives the characteristics we like, with a light, crunchy crust,” explains Pikula. “It’s a labor of love—there aren’t too many shortcuts—but you have to be committed to the product and maintain it.”

Buddy’s is a constant presence on “best of” lists, both local and nationwide, but the business doesn’t rest on its laurels; it offers an email club and online coupons, and recently added a gluten-free menu. However, its greatest passion is giving back to the community—through the “Got Pizza? Give Dough!” campaign for children’s charities; raising more than $2 million for a local soup kitchen; and its “pizza partnership” with local attractions. This year, the company will launch the Motor City Collection of new pizzas named after Detroit institutions, then donate portions of the sales to those nonprofits. “We’re in the toughest economy in the country, but customers are loyal to the businesses they trust,” Pikula says. “Our goal is not just to serve great pizza—we want to be a great partner in the community.”