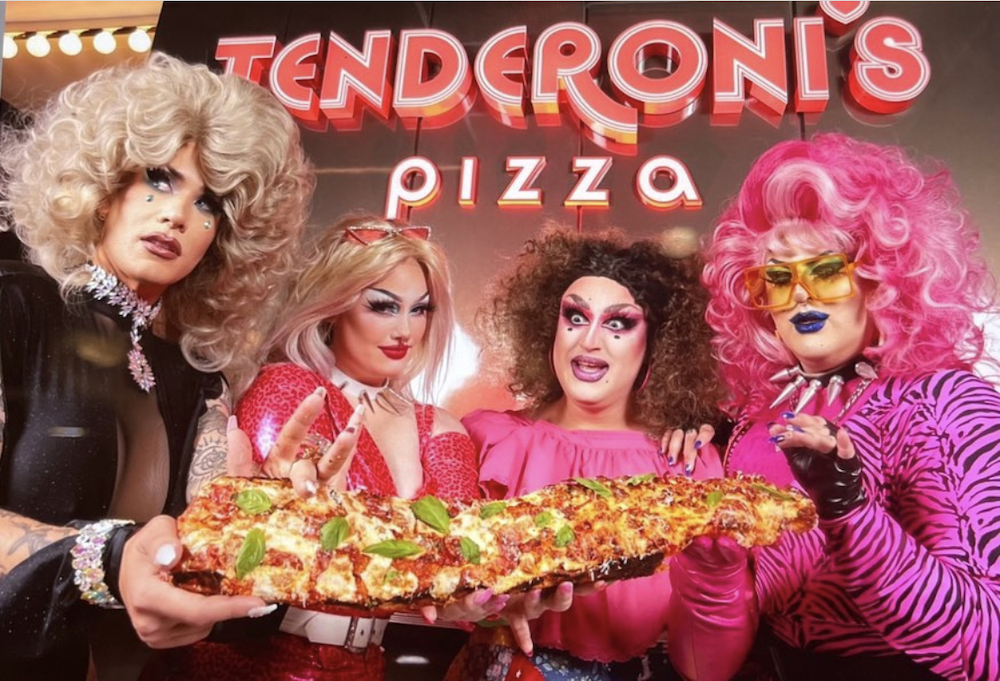 Like many children of the late 1970s and early 1980s, celebrity chef Tiffani Faison used to eat a lot of chain pizza, back in the days when Pizza Hut still brought out your pie in a piping-hot pan, complete with cloth napkins, and let you play Pac-Man after your meal.

Faison aims to recapture that magical feeling at Tenderoni’s Pizza, which opened on March 2 in Boston’s new High Street Place dining hall. “I grew up at Pizza Huts and Shakey’s Pizzas,” said Faison, owner of Big Heart Hospitality in Boston. “I wanted something to really crave, that was kind of chewy and crunchy and all those things I think about the pizza I ate as a kid.”

Stretching two-and-a-half feet and piled with cheese all the way to the edge of the crust, Faison’s thick-crust, square pizzas “strike that magical note between crunchy and chewy.” They come with catchy names like the Issa Meatball and the Chickie Chickie Boom, as well as vegetarian options such as the Broccoli Salad and Eggplant Parm.

Faison has appeared as both a judge and competitor on the Food Network’s “Chopped” and competed on “Top Chef .” She was also a James Beard Award nominee for Best Chef in 2018. In addition to Tenderoni’s, her company, Big Heart Hospitality, operates two other F&B spots in High Street Place—Dive Bar, a seafood/raw bar, and a champagne-focused wine bar called Bubble Bath. The dining hall houses a total of 20 food vendors.

Her other restaurants have included Sweet Cheeks Q, a southern-inspired BBQ eatery; the Southeast Asia-influenced Tiger Mama; Fool’s Errand, a snack bar for grown-ups; and the fine-dining establishment Orfano.

Nation’s Restaurant News (NRN) has praised Faison as “an influential culinary force” in the Boston area who “values her employees above all else.” According to NRN, Faison has a strict zero-tolerance policy on harassment or discrimination towards her employees or customers. “If we have someone who is engaging in that behavior, they’re gone,” she said. “I just don’t put up with it. We’ve created an environment where people can be exactly who they are and valued for their identity.” 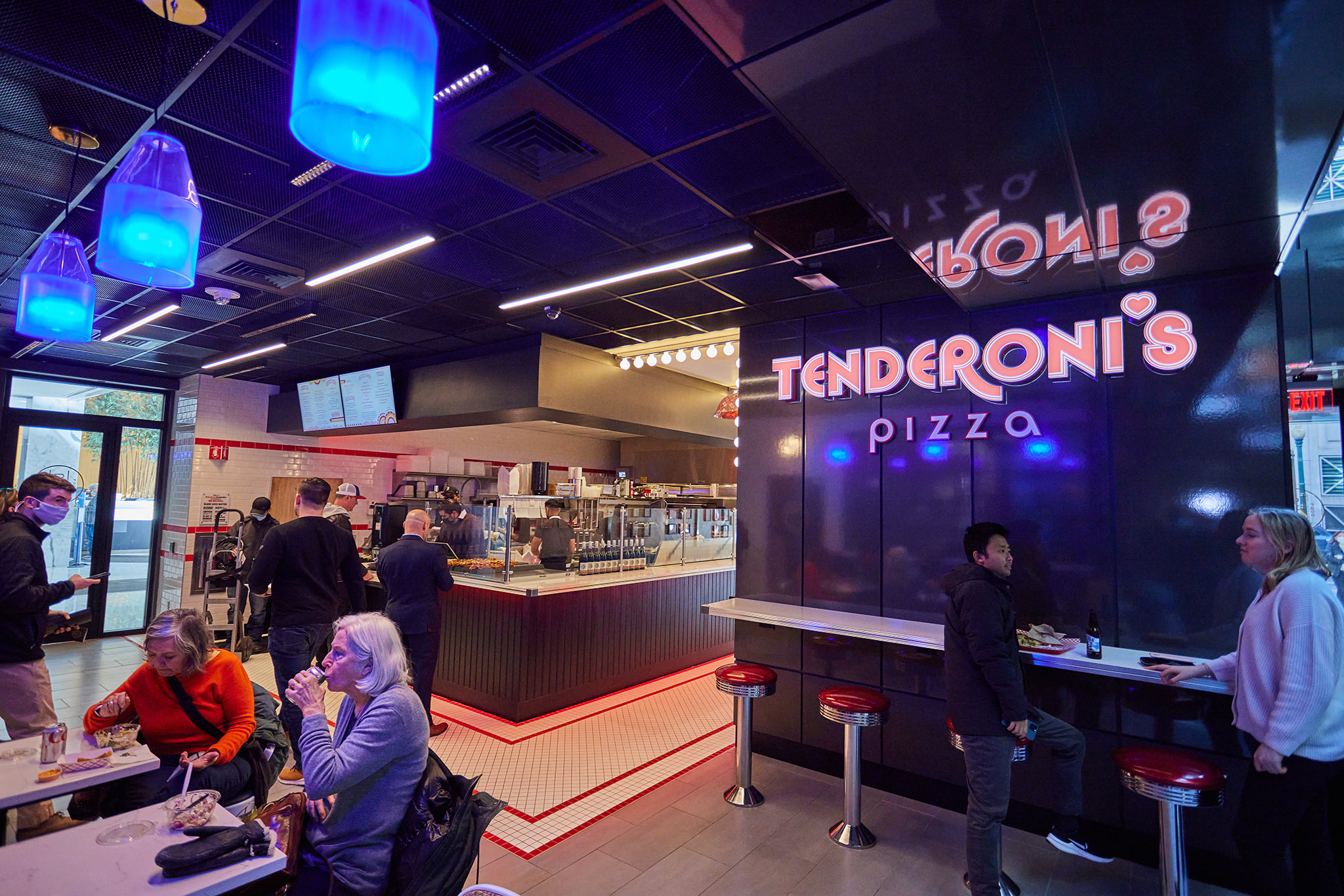 Sexual harassment and disrespectful treatment have been cited as two major reasons why workers have fled the restaurant industry in the past year. Faison knows that the working environment must feel safe if you want to retain high-performing and dedicated employees. She also adds a 5% kitchen fee to all checks to better pay her kitchen staff.

“We’re continuing to try and create ways where people make good money and have an environment that they feel good about being in and feel accomplished when they leave,” she told NRN. “We’re creating growth and opportunity within the company. ”