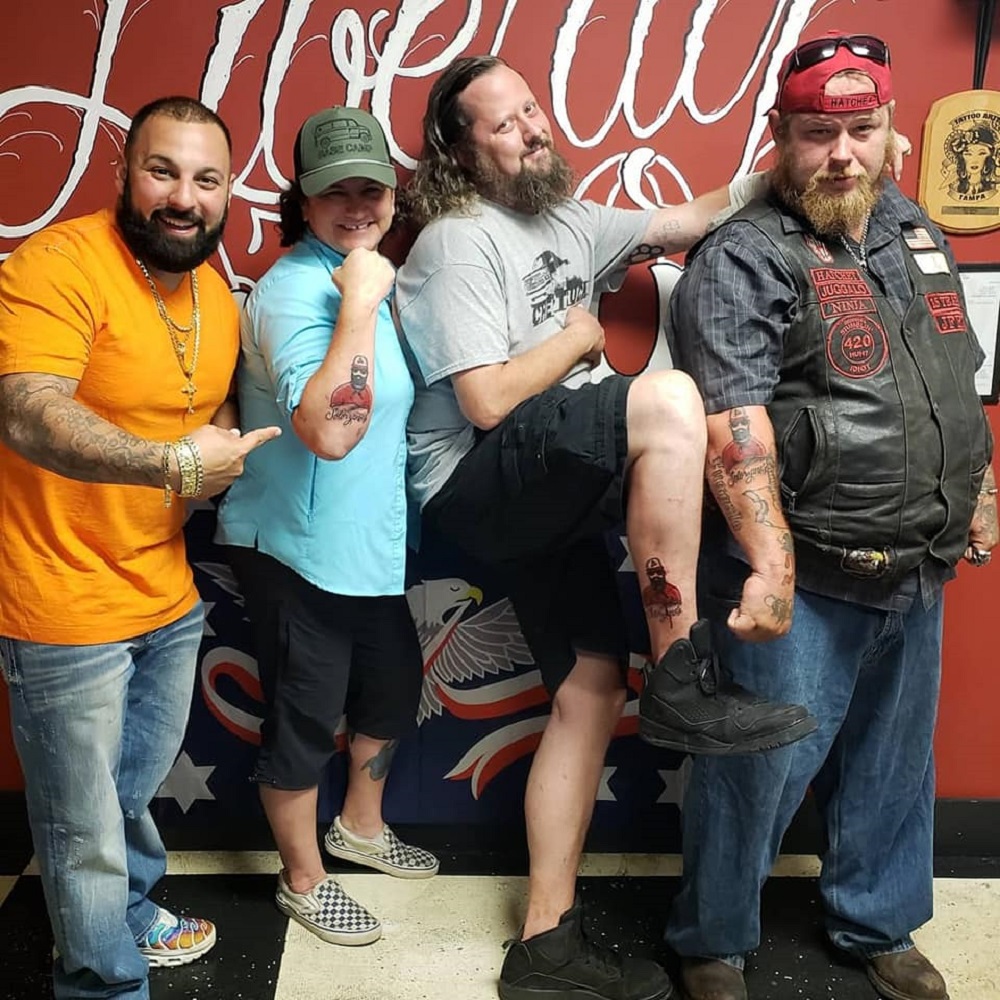 If you want free pizza for life from Solorzano’s Late Night Pizzeria, you’ve gotta be ready to go under the needle.

In a cross-promotion with Liberty Tattoo Club, Solorzano’s has promised a free slice of pizza at both of its Florida locations—Sarasota and Siesta Key—in perpetuity to customers who get tattoos bearing the pizza company’s logo. And Solorzano even pays for the tattoo.

There’s just been one problem with the promo: It has been too successful. After Solorzano’s announced it earlier this month, regional media outlets, including WFLA, WFTS and the Suncoast News Network, covered the offer, and before long, lines had begun to form outside the Liberty Tattoo Club. The tattoo parlor decided to require appointments for Solorzano’s customers, but apparently that didn’t slow things down enough.

As of April 11, the company had scaled back the offer, agreeing to only pay for five tattoos per day and making the process much more complicated. In a long-form Facebook post, the company laid out new rules for the promo:

1. Customers must make an appointment at the tattoo shop.

2. During the appointment, they’re required to message Solorzano's via Facebook with photos of the stencil process, the tattoo process and the final tattoo.

4. They have to leave a 5-star review on Google or TripAdvisor with the three photos and the caption, “Pizza so good I got it tattooed, #RealJerseyPizza.”

Customers who follow the four-step process will receive one free slice per day at any Solorzano’s location. The company says membership in the “Free Slice for Life” club also provides “exclusive access to some events and deals not available to the general public in the future.”