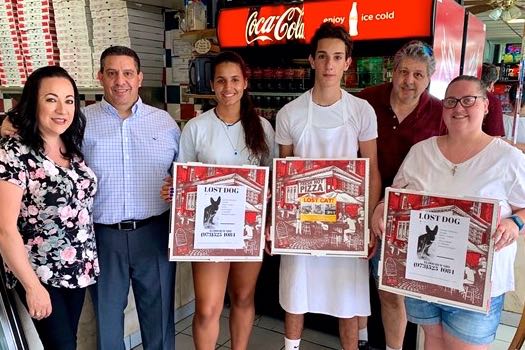 When John Sanfratello saw an alert for a missing cat on Facebook – something struck him. The cat looked just like his own beloved cat which had been lost, but thankfully found again. He wanted to help this fellow feline lover, so he devised a plan to get the word out.

As the owner of Angelo’s Pizza in Matawan, New Jersey, Sanfratello knew at least one way to get the neighborhood’s attention. He would top their pizza boxes with posters of the missing cat – and any other missing pet within their delivery range – free of charge.

“I said, you know what? This will be this generation’s milk carton,” Sanfratello told TODAY Food. “We used to post missing persons and missing children on milk cartons — why can’t we put a flyer for missing pets on pizzas?”

Hazel the cat was the first pet to be featured on pizza boxes, and since the Facebook post, there have been three more lost pets featured. One of them is Ondrea, a German shepherd puppy being trained as a seeing-eye dog. Ondrea has been missing for three and a half weeks. According to Peggy Gibbon of Seeing Eye, Ondrea ran away from her yard in chase of another animal. 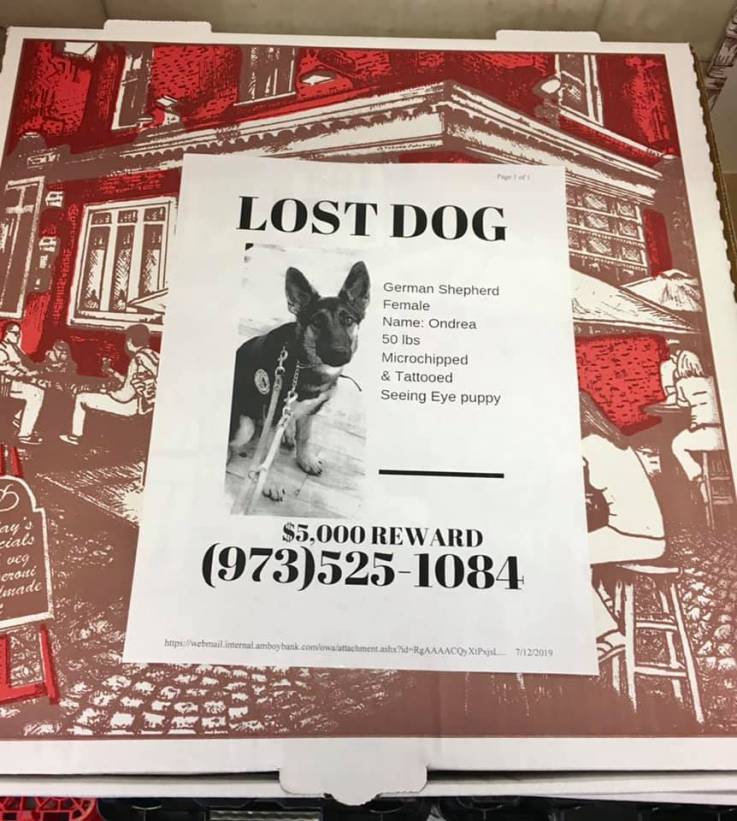 Sanfratello, whose restaurant has been open for 45 years, told TODAY that he’s had calls from as far away as Australia about the gesture. The original post on Facebook which offers to distribute missing posters has gone viral. Hundreds of inspired and enthusiastic pet lovers have chimed in to give their compliments. Several have promised to stop by the store for a pizza. 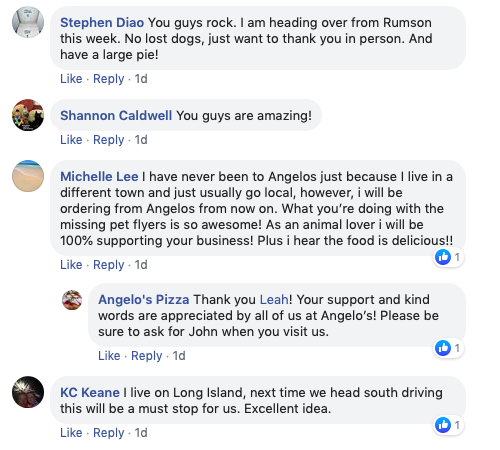 So far no pets have been found, but a lot of new customers have found Angelo’s Pizza. Is this something your pizzeria might try? Let us know in the comments below.