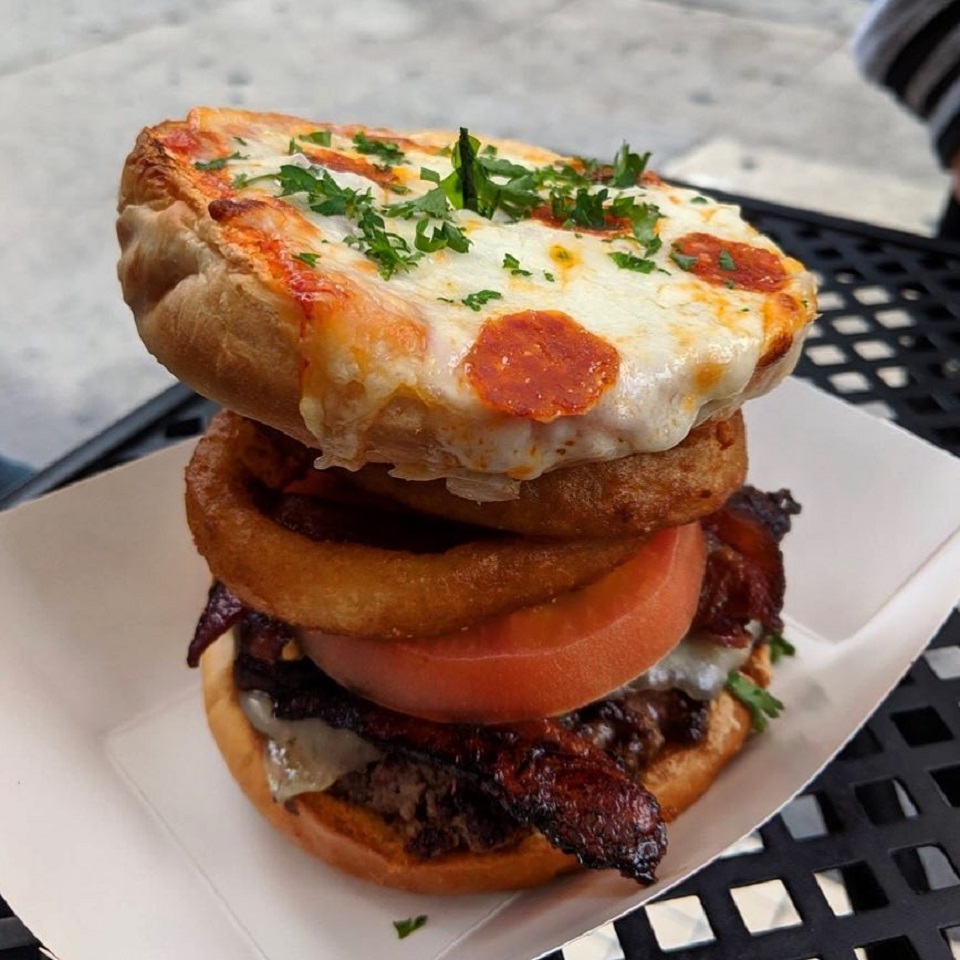 We’ve heard of a meat lovers pizza, but the Meatzza is ridiculous—ridiculously delicious, that is.

Offered at burger restaurant Meatzilla in Los Angeles, the Meatzza is described by Delish as “equal parts pizza and burger,” although it’s actually more than that.

Every signature burger on the Meatzilla menu—from the Kevin Bacon to the Kim Park Lee—can be made as a Meatzza. The Meatzza version of The Eastern, for example, starts with a ground chuck patty, two slices of bacon and two large onion rings, along with Monterey Jack cheese, tomato and honey BBQ sauce. It’s all sandwiched together with an inverted bun—the traditional top bun supports the bottom of the burger, while the bottom bun becomes the “pizzafied” top. But first this bun is decked out with tomato sauce, Muenster and mozzarella cheeses, and mini-pepperoni slices and baked in a toaster oven until the cheeses turn melty and gooey.

It all comes together in the ultimate mash-up of comfort foods that will almost make you forget about the “normal” burgers on the Meatzilla menu, such as the aforementioned Kim Park Lee (beef, bulgogi, Pepper Jack cheese, kimchi slaw, green onion, and kewpie mayonnaise) or the Kevin Bacon (beef, applewood bacon, American cheese, tomato, lettuce, and kewpie mayo).