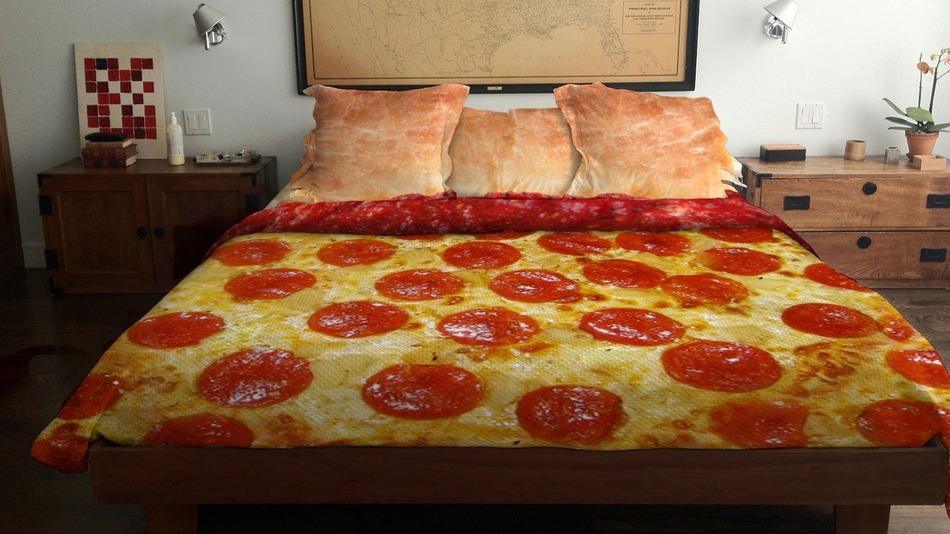 According to Mashable, most drunken, 3 a.m. epiphanies will lead straight to regret: Dining at a White Castle franchise, renting a Sinbad movie from a Redbox, texting an ex.

"Brooklyn-based artist Claire Mangeniello was able to turn hers into a small business," Mashable said. "This month, Mageniello launched a meticulously mapped out Kickstarter campaign for a pizza bed. This campaign comes on the heels of Mangeniello's widespread Internet virality last June when she uploaded a mock-up image of the bed she'd envisioned from that cold night of Brooklyn bar-hopping."

Read more about how to get a pizza bed