This is the best pizza in America - PMQ Pizza Magazine 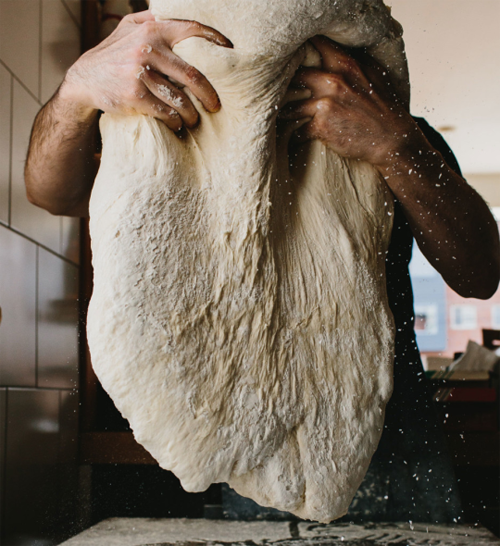 Think of this as a love letter to all that is best about our favorite food. Bon Apetit's Andrew Knowlton believes America is in the midst of a pizza Renaissance. He watched Philadelphia pizzaiolo Joe Beddia perform his craft at his restaurant, Pizzeria Beddia, making, says Knowlton, "the best pizza in America."

We meet Beddia at 9 a.m.combining organic flour, yeast, water, extra-virgin olive oil, sea salt, and sugar to make the flour for his crust. In 36 hours, it will be baked into bubbly charred perfection. Knowlton describes Pizzeria Beddia as a "beautiful experience that still haunts him."  Beddia says he spends half his day making his dough because "A great dough makes a great pizza.” Using a  Montague deck oven that produces dry heat, Beddia bakes his pizzas at 600 degrees for 10 minutes achieving a well-done pie with deep charring along the crust's edge. His sauce is simple raw, crushed, canned New Jersey tomatoes and he adds fresh and aged mozzarellas. Toppings, for his seasonal, chili-laced and cheese pies are classic house-made pork sausage, roasted onions and crimini mushooms. As Beddia puts it, “I’m not putting f*#%ing apples on my pizza.”

​Read much more about the quality and dedication to pizza excellence that Pizzeria Beddia is offering to put Philly on the map of preferred pizza destinations.