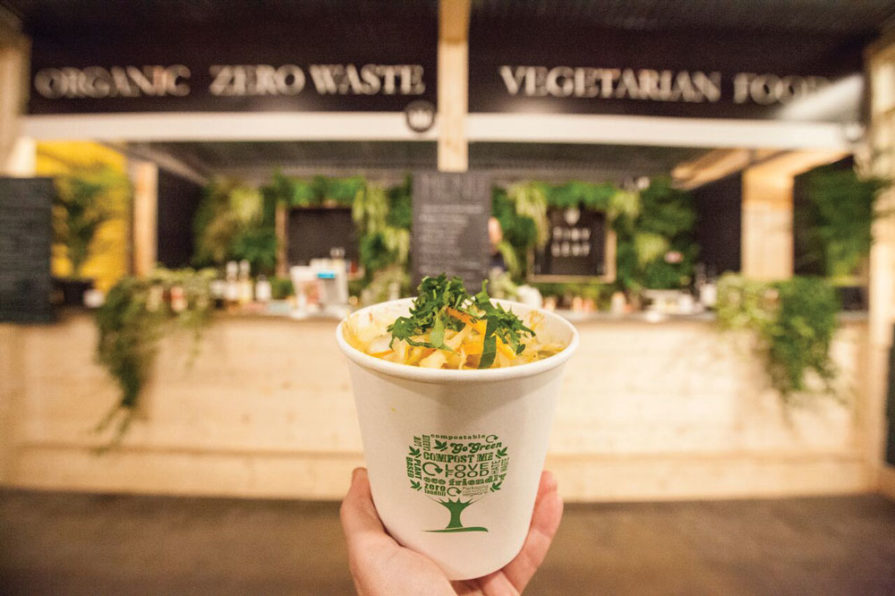 Tackling Food Waste, One Wonky Vegetable at a Time
After a successful 12-week test run in Notting Hill, the United Kingdom’s first zero-waste, organic, vegetarian franchise has popped up again at the chic Mercato Metropolitano, a street food center in London. The restaurant, called Tiny Leaf, partners with farmers and plant breeders to receive organic vegetables that are either cosmetically undesirable—often called “wonky vegetables” or, in the States, “ugly” produce—or on the cusp of their past-freshness date. Tiny Leaf turns these would-be lost veggies into beautiful and delicious vegetarian dishes. Since the restaurant’s inception last year, it has already been featured in more than 60 media outlets, including The Times and the BBC. Alice Gilsenan, Tiny Leaf’s co-founder, says its next project will be to open the first completely self-sustaining restaurant—which will emit nothing but water—later this year. 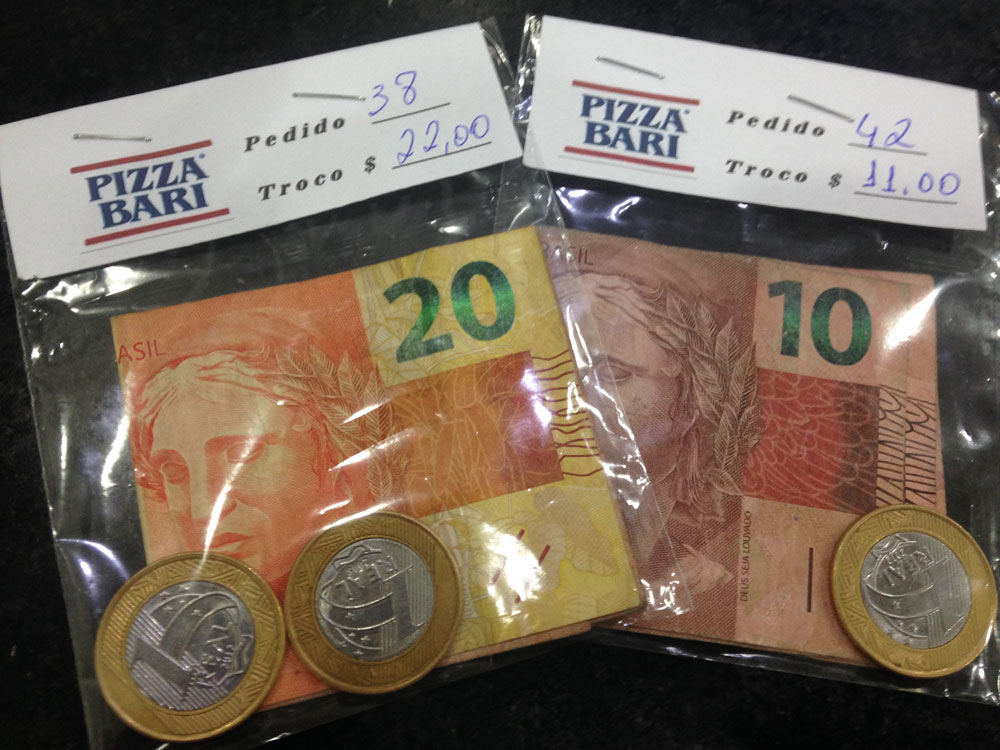 Pizzeria Owner Invents Novel Way to Handle Cash
Carlos Zoppetti, owner of Pizzaria Bari and director of the ConPizza Institute, uses a clever procedure to make deliveries run smoother while increasing accountability. When a customer places an order over the phone, he is asked what kind of bills he plans to pay with (10, 20, 50, etc.). The person taking the order makes exact change for the customer and seals it in a plastic bag to give to the delivery driver. “We do this so our delivery drivers don’t have to hunt around in their pockets for change upon making their deliveries,” Zoppetti says. “Also, if there is a discrepancy in how much change should have been given, we know exactly where it went wrong—with the person who sealed the envelope.” 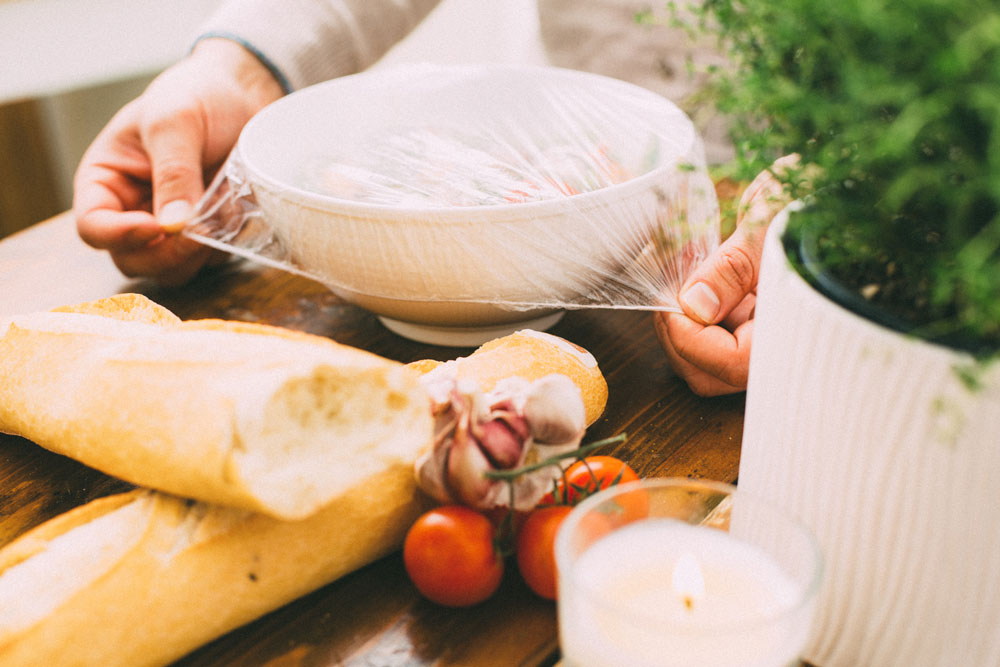 Reusable Plastic Wrap Keeps Food—and the Environment—Sustainable
A Swedish company has found a new way to seal pizza dough trays and keep other foods fresher for longer while reducing waste. The innovative Eazycover is an elastic plastic wrap with a built-in rubber band that reportedly provides a tight seal around plates, bowls and other food containers. Eazycover comes in three sizes, with the largest one suitable for covering dough trays. The reusable product has made inroads in Scandinavian restaurants thanks in part to members of the Culinary Team of Finland, according to the company’s website. 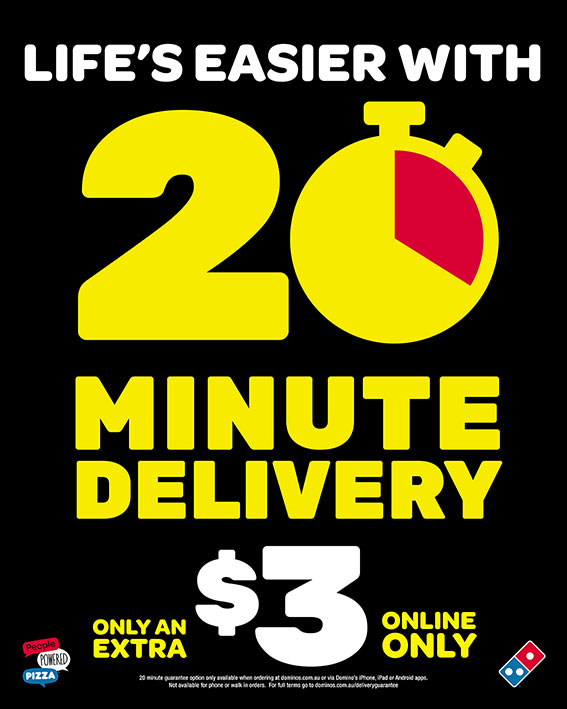 Domino’s Offers 20-Minute Guarantee (for a Fee)
For an extra $3, Aussies can get their Domino’s pizza in under 20 minutes, guaranteed. CEO Don Meij describes the process as being “slow where it matters and fast where it counts: slow in the careful preparation of your pizza [and] faster by cutting cook time in half. We even have stores doing the unthinkable, introducing a world first in pizza delivery by offering customers a 10-minute delivery, made possible through cutting-edge technology and operation efficiency.” The 20-minute guarantee is available online exclusively and only when conditions are favorable enough for drivers to safely deliver on the promise.