Things Are Getting Strange at Vinnie's Pizzeria - PMQ Pizza Magazine 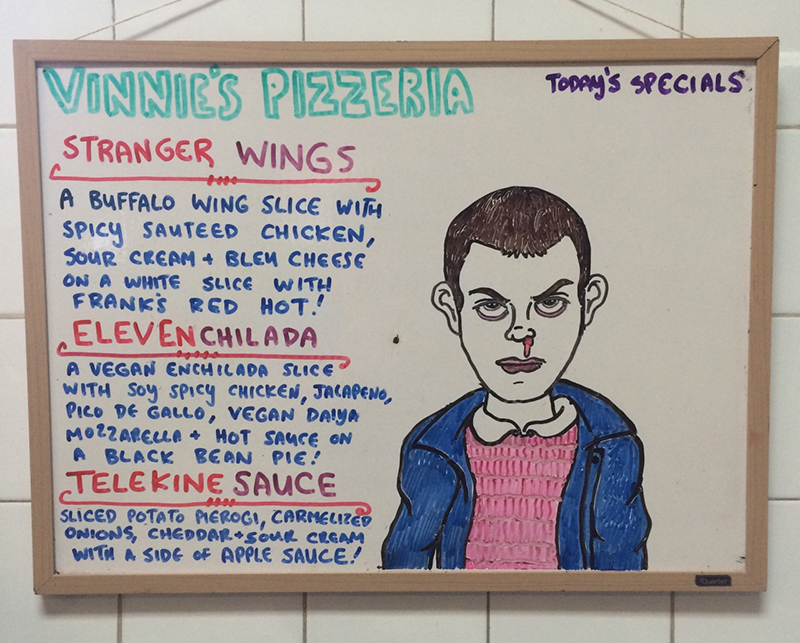 Boring is not the word for the Special Boards from Vinnie’s Pizzeria in Brooklyn, New York. And things got stranger recently, as the shop’s co-owner and resident mad marketing genius, Sean Berthiaume, turned his attention to the hit Netflix show, Stranger Things.

Vinnie’s has earned renown for Berthiaume’s hilarious menu boards that spotlight offbeat recipes inspired by popular culture and Berthiaume’s own original artwork. After the specials expire, the artwork lives on at specialbored.tumblr.com. (Do yourself a favor—bookmark that site now and check it out regularly. You will never be disappointed.)

Berthiaume paid tribute to the series with four awesome images and a boatload of recipes. For starters, there's Eleven (pictured above), a tender-hearted mystery child who can wreak havoc with her mind, although she'd rather just be a normal kid, steal a smooch from Dustin's best pal, Mike, and eat lots of Leggos.

Then there's the goody-two-shoes Barb. No major spoilers here, but if you haven’t watched the series yet, just be aware that things do not go well for Barb, but her story has not yet been fully told, the show’s producers have said: 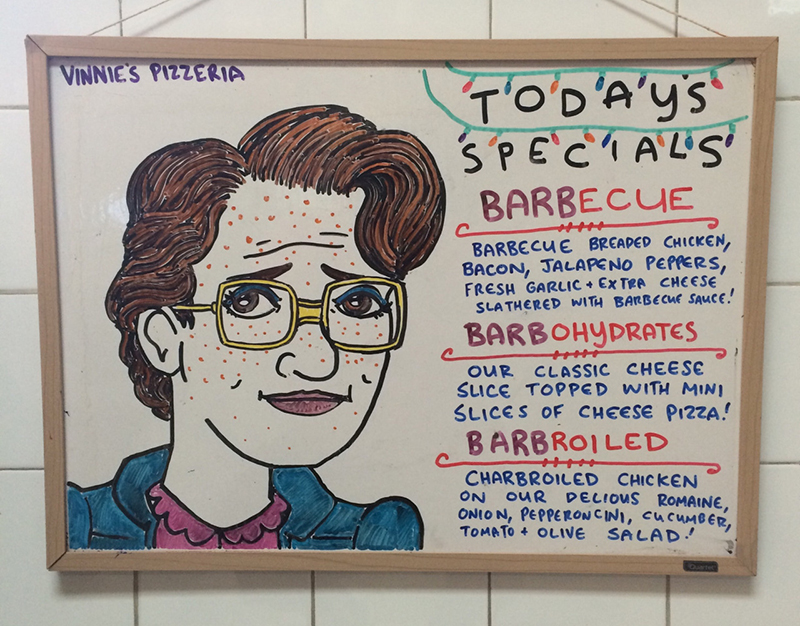 Meanwhile, the endearingly goofy but crafty and resourceful Dustin, played by Gaten Matarazzao, became a fan favorite. He and his best buddies are avid Dungeons & Dragons players who eventually come to discover an eerie extra-dimensional world called the Upside Down: 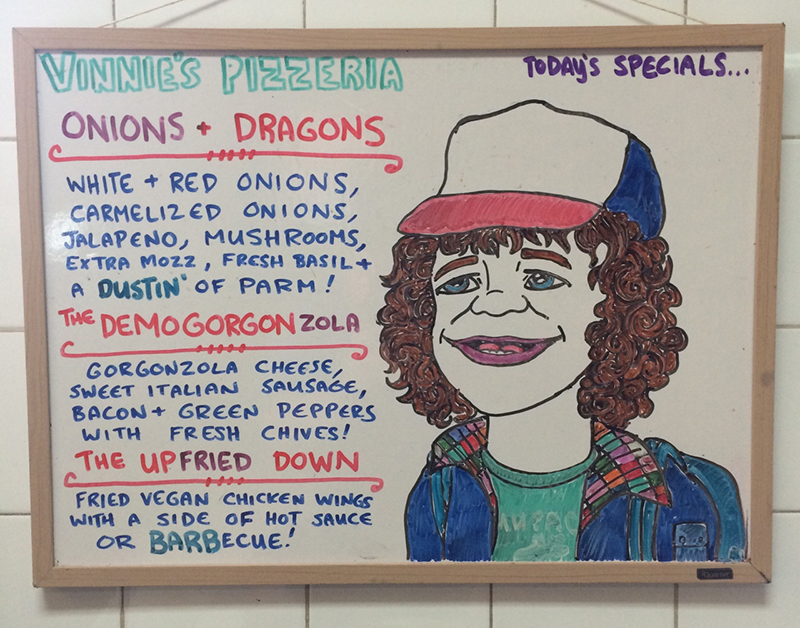 And finally there’s the creepy Demogorgon, a headless carnivore that has inspired all kinds of wild and far-ranging Internet theories. Is it a demon? Is it the product of bizarre government experiments? And would it taste good with pickles and tomatoes? 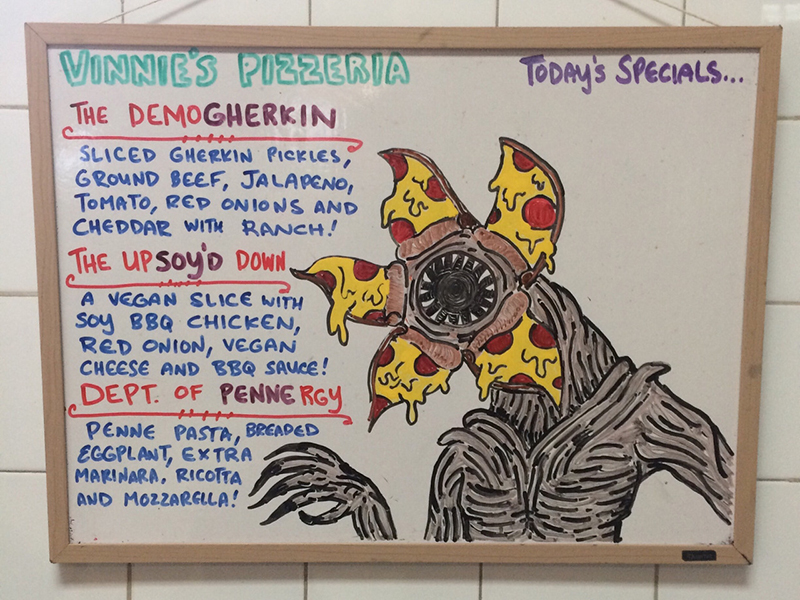 Word is that Netflix will renew Stranger Things for a second season, creating all kinds of deliciously creepy culinary possibilities at Vinnie's Pizzeria. We'll stay tuned for sure.