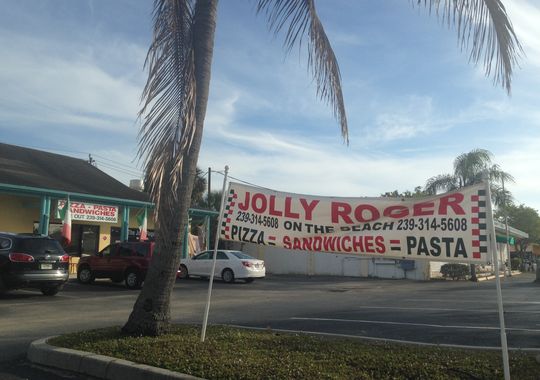 The owner of the Jolly Roger in Fort Myers Beach, Florida is proud of his thin-crust pizza.

According to news-press.com Michael Timpone delivers his thin-crust pizzas at his pizza restaurant on The Beach, where he shows off the secret of his dough to customers. The thin-crust recipe has been in his family for generations – a type of bread recipe that belonged to his Italian grandmother, which the family worked with to develop a variation into pizza crust.