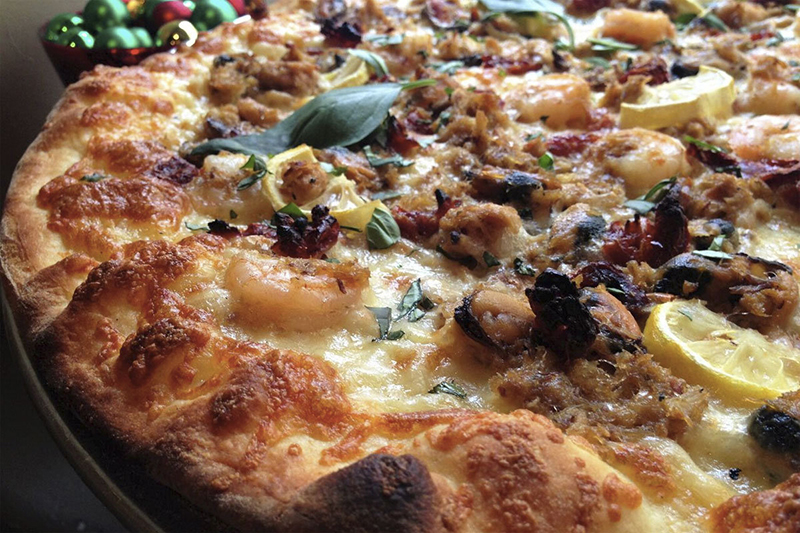 If you’re an Italian-American, you probably know about the Feast of the Seven Fishes, a Christmas Eve tradition in which families abstain from red meat until Christmas Day arrives. The tradition, also known as the Vigil, began in southern Italy (albeit not under the same name) and spread to the U.S. earlier in the 20th century. More recently, SliCE in Philadelphia has introduced the concept to the masses with its seasonal Pizza of the 7 Fishes.

All four SliCE locations offered free samples of the Pizza of the 7 Fishes on December 2, and the signature pie will remain on the menu through December 24.

According to Wikipedia, Feast of the 7 Fishes meals “may actually include seven, eight or even nine specific fishes that are considered traditional. However, some Italian-American families have been known to celebrate with nine, 11 or 13 different seafood dishes. ‘Seven’ fishes as a fixed concept or name is unknown in Italy itself.”

With locations in Rittenhouse, Fishtown, the Italian Market and Washington Township, New Jersey,  SliCE recently was listed No. 5 in the "26 Essential Pizzerias Around Philadelphia" by Eater.com. It serves up tin-crust, saucy Trenton-style pies made with organic ingredients. 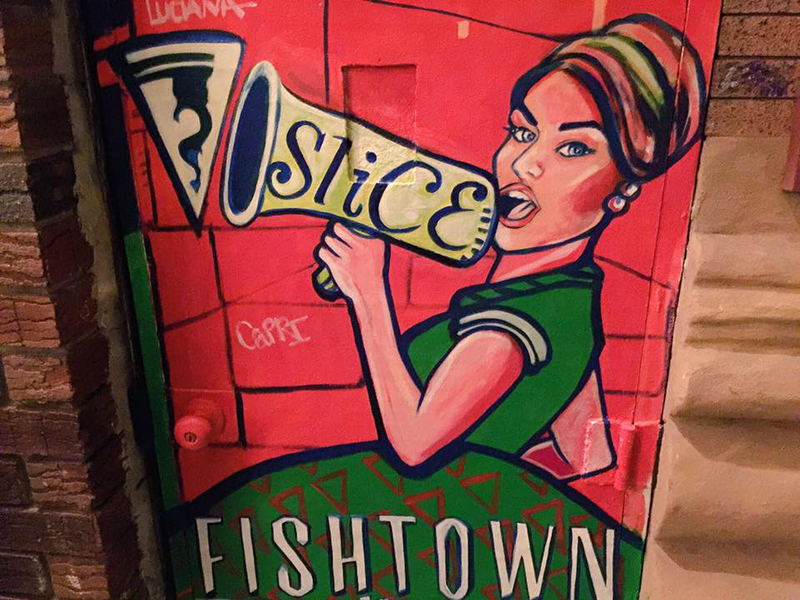