There are now three certainties in life: death, taxes and automation in the workplace. - PMQ Pizza Magazine 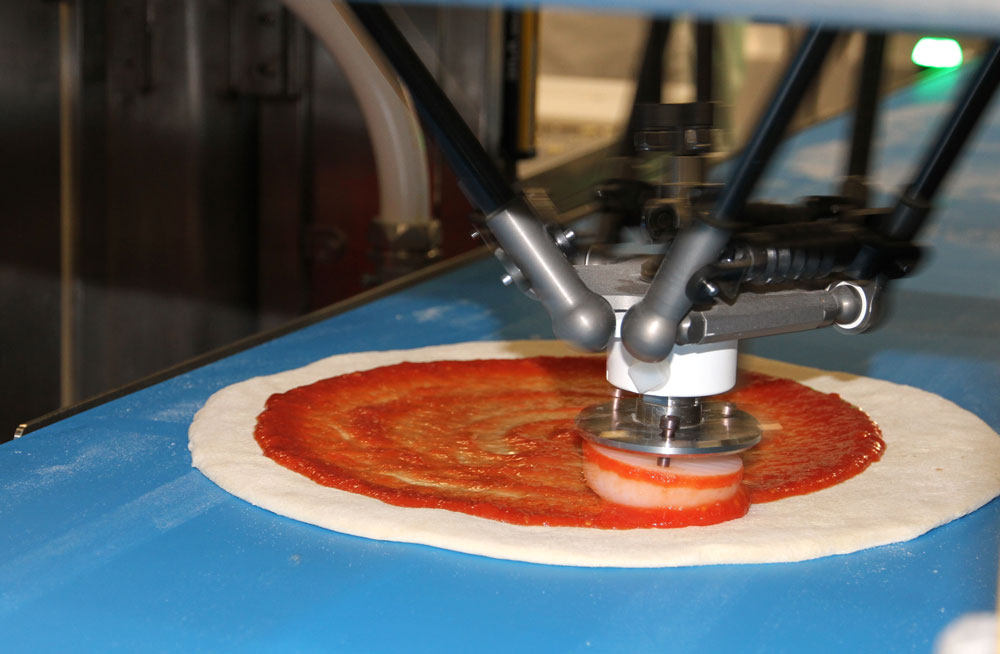 Like death and taxes, increased automation in the workplace is now one of life’s troubling certainties. This month’s cover subjects, Julia Collins and Alex Garden of Zume Pizza in Mountain View, California (“Rise of the Robots”, page 30), have no doubts, and they’re ready, designing and building machines that can do just about anything a person can do in the pizza kitchen, with the exception (so far, at least) of dreaming up original recipes. Zume is on the cutting edge of restaurant automation, and Collins says its delivery model—which includes huge trucks equipped with computer-operated ovens that bake pies en route to the customer’s doorstep—can be adapted to accommodate other foods, too.

But many in the pizza industry say that doesn’t compute. Pizza, they say, is not some widget to be hammered out by robotic arms on a factory line. Making pizza for your customers—a frazzled, hardworking mother of three, a team of Little Leaguers, the local police officers who keep your hometown safe—is, in a way, a sacred act, a meaningful exchange between the pizza maker and the patron that’s about more than money. From stretching the dough to ladling and spreading the sauce and piling on the toppings, pizza, they believe, is meant to be made by human hands.

Others lament that reliable employees with heartbeats are increasingly rare. Minimum wage hikes in some states and cities are cutting into already razor-thin margins, and finding people willing to work hard for that money feels like a never-ending struggle. If people don’t want to work, why not let machines take over? With the right recipes and ingredients, a good pizza is a good pizza, whether made by metal claws or flesh-and-blood hands.

The sanctity of pizza making aside, the big question is, where will the jobs go when robots make everything for us? Collins and Garden say they’re teaching Zume’s kitchen employees other skills, such as coding, to prepare them for the inevitable tech-based economy. Will those who follow in their footsteps care as much about displaced workers? Can the pizza industry still be a people business if people aren’t making the pizzas? It’s too early to shout, “Danger, Will Robinson!” but we’ve got a lot to figure out—and that’s for certain.