Thea Goldman: A Focus On the Delightful - PMQ Pizza Magazine 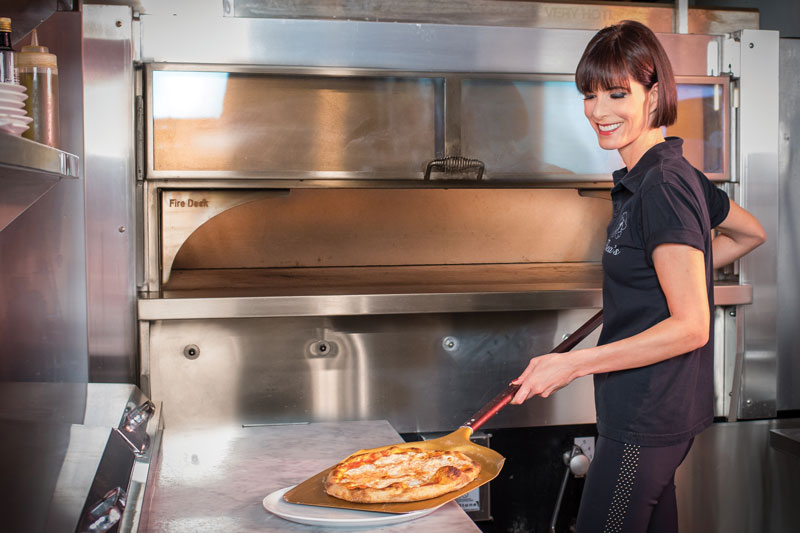 I haven’t yet had the pleasure of visiting Thea’s, the beloved Miami eatery founded by our cover subject, Thea Goldman. But PMQ’s Tracy Morin spent hours there to research this month’s feature story (“Thea’s Rules,” page 32). And my older brother, a judge who recently moved to Miami, has dined there several times since I told him about it. It was Tracy’s glowing report about her visit that sealed the decision to make Thea our cover subject. But Thea’s own account of meeting my brother didn’t hurt. From it, I quickly deduced just what kind of person Thea is.

With utmost sincerity, she described my brother as “delightful.” She used that word more than once. Delightful? My big brother? The same brother who used to hold me upside down over the toilet and threaten to flush? Who often told me at dinnertime that he’d spat on everything on my plate and then snickered as tears sprang to my eyes? That brother? Delightful?

“Well, he was delightful,” Thea insisted, in her refined British accent. “He was perfectly delightful!”

That’s the kind of person Thea Goldman is. Of course, she’s an astute, farsighted, hard-working owner, operator and pizzaiola, as well as a sophisticated culinary explorer who loves talking about food as much as eating it. But it’s her focus on customers as actual people—not butts in seats—that makes her such a compelling and appealing figure. She seems to look for the “delightful” in everyone she encounters and makes you feel like an old friend within minutes of meeting her (or talking to her on the phone). She has a compliment for everyone, along with questions about what and where they like to eat and what food means to them. Sure, she’s filing the information away, learning and processing so she can build a stronger business, but her curiosity and graciousness are genuine, and her excitement about food is contagious.

Thea’s the restaurant is very much a reflection of Thea the person—glamorous yet warm and inviting, less about technologies and tools for marketing to people than about the people themselves. And the food? “Excellent!” my brother assured me. “Come down, and we’ll go together. Her ice cream sundae alone is worth the trip.