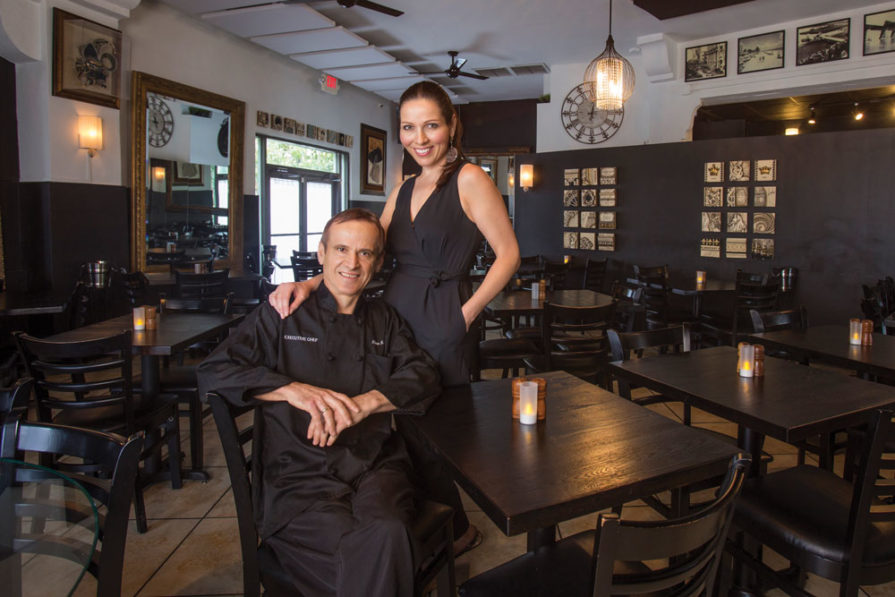 Anita, invariably, is greeting diners at the door—sometimes with hugs, but always with a genuine smile that puts the coldest of critics at ease. Together, they’ve cooked up a recipe for pizza prosperity that seems almost improbable. But it’s been uniquely possible under these two unassuming masterminds, who’ve made their meteoric rise appear effortless in the way that only the truly talented (and detail-obsessed) can.

Crust embodies hospitality at its finest—the kind of place where everyone feels like a VIP, where problems find solutions before complaints clamor from disgruntled diners, where success looks deceptively simple. That is, until you scratch the surface of the duo’s genius and find that the devil is in the details. 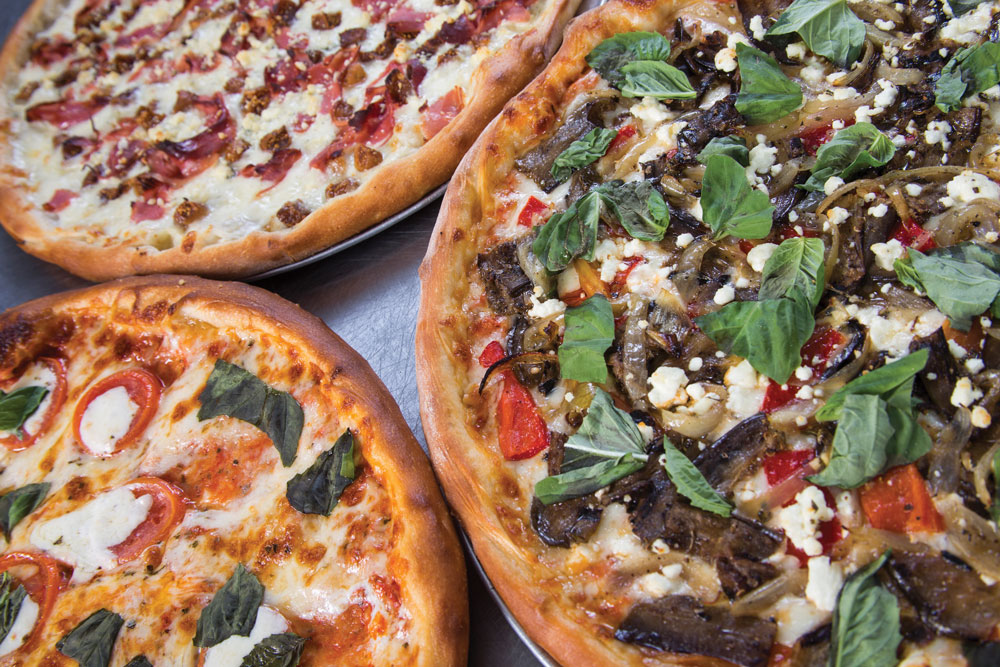 A Lifetime of Learning

Crust has been a lifetime in the making for Klime. At 15 years old, he enrolled in culinary school in Ohrid, Macedonia, then honed his skills at the Restaurant and Hotel Management College in Opatija, Croatia. During three months of on-site training during his education, he caught the eye of a staff member who later became director of a new high-end hotel and recruited Klime. “I was a musician and chose not to pursue that career, so the next most exciting and unpredictable profession was the restaurant industry,” he recalls. “With zero experience except for my school practice, at 21 years old, I may have been the youngest hotel executive chef in the former Yugoslavia.”

At his new gig on Ohrid Lake in Macedonia, he served the elite—presidents and dignitaries, the upper crust of Balkan society. But more importantly, he gained invaluable people skills. “It was the hardest job I ever did,” he says. “A chef in Europe is not some kind of supercook; he’s someone who manages. Becoming a boss at that young age shaped me: how to manage people, how to find the best positions for them, how to interact with them. You can’t have one approach with everyone.”

In 1983, Klime left a successful career (and a band in which he played lead guitar and wrote songs) to work in Amsterdam for a man who was planning a restaurant in Miami, where he relocated the following year. Stateside, he became executive chef at a Yugoslavian concept called Jama, building the restaurant by day and learning English through audio tapes at night. After a decade honing his skills, he opened his own award-winning restaurant, Crystal Cafe, in Miami Beach, which served modern takes on old-world classics to senators, rock stars and exacting food critics. He sold the restaurant in 2004 and spent the next 10-plus years as a consultant, turning around struggling restaurants from Las Vegas and Houma, Louisiana, to Charlotte, North Carolina, and Providence, Rhode Island. By 2012, he returned to South Florida to help revive the New River Pizza & Grill in Fort Lauderdale.

Klime had been toying with the idea of a burger bar, noting that chefs were moving away from fine dining and into more casual concepts. But he fell for the pizza biz instead, eventually opening Crust in June 2015. “As a European, I wanted to go down the international route, and that’s how pizza came into the equation,” he explains. “With pizza, you have delivery and late-night business even when people aren’t coming to the restaurant. You deal with people for just a couple of minutes on the phone and make money, versus two or three hours in a restaurant! But expectations were high in Miami because of my fine-dining background, and that’s how we built a real restaurant and real pizza place in one. Social media was the only vehicle we used to let know people know what Crust is all about. This is the key to our success: We built a good, strong product first, and then we worried about how to market it.”

“Every single day, we have a 15-minute lineup with the front-of-house staff and make a plan how to win people’s hearts that day.”
— Klime Kovaceski

​Klime admits it took a while to fine-tune the Crust concept, especially learning to juggle both dining room and carryout/delivery orders—essentially running two restaurants and two kitchens simultaneously. But another key ingredient was Anita, a fellow Macedonian whom Klime met online when she was living in Australia. She was an advertising agency executive for 15 years before moving to the United States in 2013 and, as the daughter of a Macedonian priest, honed her charms in a social home environment. “It was not unusual for dignitaries to be coming in and out of her family’s house, and that’s probably why she runs the front-of-house with ease and is so widely loved by locals as well as travelers,” Klime says. “She treats people like they’re in her house and can charm anyone all day long.”

Upon opening, Klime envisioned an 80% delivery and carryout operation, with 20% dine-in, but soon realized those numbers would be flipped. So he did the necessary dining room and kitchen updates for Crust to shine as a full-fledged restaurant: luxe wooden tabletops and matching chairs, a new, larger deck oven to keep up with volume, and equipment to accommodate the extensive menu. “Crust’s layout is as good as it can possibly get, because we put months and months in planning every inch to be as functional as humanly possible,” Klime notes. “Servers have within reach, on every station, everything they possibly need.”

And, as the business grows, Klime is constantly thinking of possible improvements. Before the dining room was regularly maxed out, he’d designed and built an outside patio—now packed almost daily. When people complained the place was too noisy, he invested in professionally installed acoustic tiles. Tables are arranged to be easily reconfigured and joined for larger parties, and in one tight corner nook, Klime installed mirrors to create the illusion of more space. “That’s how I operate. I’m not going to be in denial—I just fix it, whatever it is,” Klime says. “You have to let the business be what it needs to be, not what you want it to be. You need to do what you need to do before you need to.”

That attention to detail trickles down to staff relations, too. If the kitchen is running behind, employees have the authority to send out something extra—garlic rolls, a glass of wine, a dessert—on the house. And Klime makes sure to avoid a common pitfall he’s witnessed as a consultant: a staff that’s simply guessing what the owner wants. That’s been particularly important as the concept has taken off. “Expectations are knives with two blades,” Klime says. “Every single day, we have a 15-minute lineup with the front-of-house staff and make a plan how to win people’s hearts that day—not yesterday, not last year, not tomorrow, not next year, but that evening. We discuss who’s coming, what notes are on OpenTable for special occasions, which tables will be joined, where we’ll sit the not-so-easy-to-please customers, who’s going to take care of them, and so on. It’s never-ending training, retraining, cross-training, communicating as a group and one-on-one—and Anita and I being first to come to work and the last ones to leave. I want me, my wife and my staff to be on the same page, and I set them up for success.”

Crust may have opened in a less-desirable location with limited parking space and zero advertising, but word quickly spread about the pizzeria-restaurant hybrid—and attracted plenty of attention from satisfied diners and media alike. In a city with 3,500-plus restaurants ranked, Crust soon secured the No. 1 spot on TripAdvisor—and has maintained it for nearly three years now. A 2017 full-page story in The Wall Street Journal dissected Crust’s formula for success, and it was named one of the Best Restaurants in America for 2017 by OpenTable. “The greatest challenge was to explain to people that Crust is not there to compete with my past or anyone else,” Klime says. “It’s there to be the best in its own right, while still maintaining that we’re a casual Italian-American restaurant and pizza place. Crust is proving that pizza can be served in any concept, regardless of price point.”

While the Kovaceskis don’t do traditional advertising, they are active on social media, a task that Klime personally handles in rare downtimes. And he relishes this era of real-time feedback—a far cry from his earlier years as a chef. “No longer is success based on the opinion of one single famous food critic; it’s the thousands of people voicing their opinions while they’re still dining,” he says. “There is no longer the need for a genius PR agent and a super photographer making you look like somebody that you’re not or wish you were. The public in real life will paint a pretty accurate picture of who you really are.”

Klime is now focusing on delivery and carryout to grow the business further (always thinking ahead, he recently created a new service counter to handle third-party deliveries). Crust, open six days a week for dinner only, is expected to rake in $2 million for 2018—meaning that Klime has encountered plenty of interest for expansion. But he’s not rushing the process. “We receive quite a few offers to expand, and we will eventually—but we don’t want to make that common mistake of a second location not succeeding,” he says. “For Crust’s second location, failure is not an option.”

After all, Crust’s success is not based on a clever concept or even fastidious business systems, but on the unique duo that keeps the place hopping: Klime and Anita. Klime believes the concept would be successful anywhere, but only with operators who love and embrace the business as much as they do. “You need someone with the right passion, drive and energy,” he explains. “I need a great operator, or I will not do it. This is a unique concept. A carbon copy is not possible, because it’s based on people.”

And though Klime still counts music as his “little addiction,” his passion for pleasing people has never wavered; if anything, it’s stronger than ever as he helms a wildly successful operation that has won the hearts of nearly all who enter. “If you don’t have love for this business and money and success are the only thing you are interested in, do yourself the biggest favor in life and do something else—anything!” Klime says with a laugh. “The hospitality industry is one of the hardest. But I can’t wait to come here. I love what I do. I say that one day I’m going to get a job. It’s seven days of work, but to me, it’s easy.” 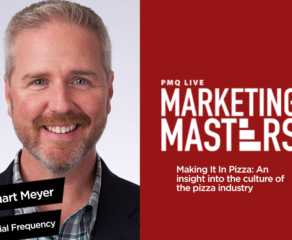 Stuart Meyer: Understanding the Culture of the Pizza Industry 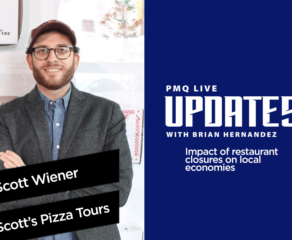 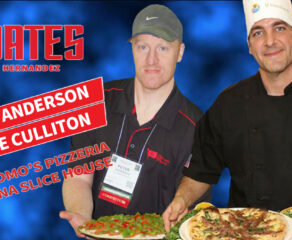 How to Handle Covid-Positive Employees in Your Restaurant

Compensating Employees During the Pandemic and Beyond