Keep it real and keep it local. So says foodservice industry research firm Technomic, which recently released its “10 Trends for 2014” list. Topping the list was customers’ desire to know more about what they’re eating, part of a continuing trend of increasing consumer sophistication about food in general. Pickled, fermented and sour foods are tickling tummies, snacking-and-sharing may be on the rise, and some restaurateurs—Obamacare haters in particular—are throwing caution to the wind and spouting off about politics, never mind the possible backlash from the other side of the partisan fence.

In other words, 2014 should be a very interesting year, judging by the list, which was compiled by Technomic’s consultants and editors, who made site visits, conducted interviews with experts, surveyed operators, consumers and chefs, and evaluated the restaurant scene in cities around the U.S. Here are the particulars:

1. Convince me it's real: Consumers want assurances that what they're eating is real—in every sense of the word. Today's menus describe items far more thoroughly, listing not only the ingredients but also where they came from and how they were prepared. Local sourcing is more important than ever, but beyond that is the idea of being true to place; if the restaurant positions itself as authentically Italian, for instance, it must use ingredients sourced from Italy and/or prepared using authentic Italian methods.

2. Pushing the parameters of proteins: Rising commodity costs for beef mean (of course) that chicken will be big again in 2014. However, the latest protein star is pork—appearing in regional barbecue items, in Hispanic and other ethnic fare, in charcuterie and as pulled-pork sandwiches. Also getting time in the spotlight are lamb and game meats, from duck to bison. Beyond meat, look for creative center-of-the-plate egg dishes as well as vegetarian alternatives, from mushrooms to beans to soy-based products like Gardein and Chipotle's Sofritas.

3. Return of the carbs: Starches are staging a comeback—from ramen to buckwheat noodles to pasta made with unusual ingredients. Rice bowls (and jasmine rice, basmati rice, brown rice) will be big, in part because of continued fascination with Asian fare and in part because of an association with healthfulness. Look for more in the way of flatbreads, wraps and all kinds of artisan breads, including healthy whole-grain varieties. Waffles as a base or side make traditional savory items like chicken seem edgy.

4. Creamy, cheesy, high-fat goodness: The demand for healthier eating is real, but so is the backlash. We'll see even more cheese melts, pasta with creamy sauces, fried appetizers and sides, and oddities like doughnut-based sandwiches. Don't take super-indulgent items too seriously, though; outrageous LTOs like Wendy's nine-patty burger are crafted more for social-media buzz than for eating.

5. Pucker up: Forays into less-familiar ethnic cuisines, from Korean to Scandinavian, are partly responsible for growing interest in pickled, fermented and sour foods. Korean kimchi as well as pickled onion, jalapeño, ginger, radish and more are showing up everywhere from ethnic eateries to burger joints. On the beverage menu, the trend is seen in sour cocktails as well as new flavor combinations with sour notes—a reaction to last year's candy-sweet drinks.

6. Day for night: Consumers are less likely to eat according to a three-square-meals schedule; they nosh, skip meals, eat breakfast for dinner and vice versa. More restaurants are introducing innovative breakfast items—likechicken, turkey or steak breakfast sandwiches or super-spicy wraps with chipotle or Sriracha—often available all day. And while breakfast-and-lunch-only concepts are building a niche, other operators are promoting late-night breakfast menus, often in conjunction with 24-hour drive-thru service.

7. Every daypart is a snack daypart: As the snacking lifestyle goes mainstream, diners are paradoxically less interested in snack menus per se. Millennials see dollar and dollar-plus menus as the snack menu. LSRs are paying more attention to snack-size handhelds and car-friendly packaging; they're also stepping up their game with grab-and-go or market-style offerings. As FSR customers move away from meat-and-potatoes meals, operators are catering to the snacking-and-sharing ethos with pairings, trios and flights from all parts of the menu—from soup trios to beer samplers to retro popsicle-flight desserts.

9. For fast service, bring your own device: The fast-casual service model has hit a hiccup: customers specifying every ingredient in their burrito or sandwich make for a slow service line. Operators in every segment are finding new ways to use technology for faster, more accurate ordering. iPad orders placed tableside will be a point of differentiation for a few tech leaders, but we'll primarily see a bring-your-own-device system of advance and inside-the-restaurant ordering—as well as more customer feedback and interactive conversations. In the back of the house, increased use of iPad communication will make new menu items easier to roll out.

10. Everything is political: Deliberately or inadvertently, restaurant operators got caught up in political controversy as never before in 2013. Some suffered customer backlash after expressing viewsrelatedto Obamacare, "family values" or other topics, but others saw increased traffic. Consumers are increasingly aware that the personal is political—that their choices and those of the restaurants they patronize regarding food, treatment of employees and suppliers, sustainability and the environment have real consequences. Consciously or unconsciously, they will gravitate to concepts that share their worldview, and some restaurants will promote this cultural identification.

About Technomic
Technomic provides clients with the facts, insights and consulting support they need to enhance their business strategies, decisions and results. Its services include numerous publications and digital products, as well as proprietary studies and ongoing research on all aspects of the food industry. 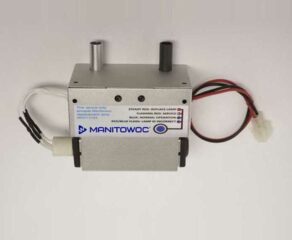