It's all over but the shouting. The annual Re Insurance confab held in Monte Carlo is done. There is a small but powerful group of international businessmen that control the global Re Insurance industry. This is the place that insurance companies go to buy their insurance to hedge their bets and provide a security layer if the worse case scenario actually happens.

The last time this group met was 2002 and it blew the socks off the commercial insurance world. Right after that we saw a round of insurance cost increases the likes of which had not been seen since 1975. You see, Re Insurance contracts renew in January in bulk. The contracts (called treaties) dictate terms to the primary insurers – the companies you buy policies from. If the treaties are restrictive or expensive, then the primary insurers have to change their pricing and appetite.

Here's a sneak peek at some of the details (Fig 1). This chart, taken from Global Re Insurance by William Reynolds CPCU, illustrates the effect on insurance pricing from the underwriting cycles from years past.

The treaty renewal terms for June – December 2002 were absolutely breathtaking.

The last three years has seen an adjustment in Re Insurance pricing from -17 percent to +35 percent, which is a 52 percent change (upward) at a rate of 17.3 percent a year. Now, that is an average and not all lines of insurance have gone up that much. Some have had little or no increase and some have had 100 percent increases and some just can't get any insurance.

What is Treaty Re Insurance and why does it affect me?

Treaty re insurance is basically coverage that an insurance company will buy on its own insurance policies to control the cost of catastrophe. It is a major cost of doing business and also defines the ability to provide terms and conditions on specific types of accounts. The bad news is that in 2000, prior to the World Trader Center disaster, the top 20 Re Insurers, based upon premiums written, reported a loss ratio of 111.20 percent, compared with 111.1 percent ratio the previous year. Translation: they were already losing money and already losing more money than the year before.

After the World Trade Center terror attacks, the number of Re Insurers dropped significantly. Some have gone out of business, others are now sitting on the sidelines and all have loss ratios in excess of 130 percent. To combat this unprofitable situation Re Insurers are increasing premiums. It is reported that the top five Re Insurers are sharply increasing their premiums. Beginning in January of 2002, the average renewal increase was 40 percent or more. One major insurance carrier experienced a six-fold increase in their treaty renewal premiums. Wait! There's more.

Here's a graph that depicts the pricing cycle in the U S commercial lines marketplace (Fig. 2): 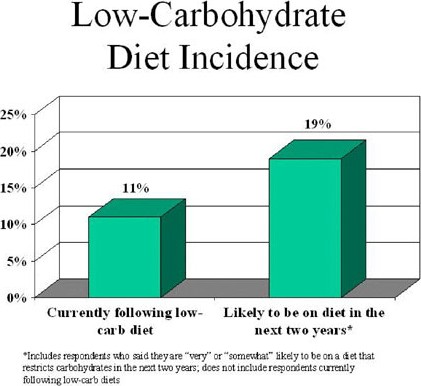 Clearly, pricing had been dropping steadily from 1987 to 1999. In 1999, there began an increase that has not been seen since 1987 and it ain't stopping. Interesting fact: The insurance industry has similar characteristics to the pizza business in that no one wants to lose market share.

Look, we all know about price wars that develop in our world. One chain drops its price point to get market share and soon, everybody is down there with them. Sometimes they are at breakeven or even loss point in order not to lose their piece of the market pie. Insurance companies are the same – to a point.

In the pizza world, we know that if cheese increases 10 cents per pound it really affects the cost of making a pie. You can absorb the cost only so long and then you either pass it on or bleed to death. Well, in the insurance world the companies you buy insurance from just got a 52 percent increase in the wholesale cost of their product (Re Insurance). Now, the interesting thing is that the industry as a whole had been absorbing the cost and bleeding for a number of years.

The only way the insurance world could continue this is was to make the money somewhere else and that was the stock market. While the market was flying high, they could invest their cash flow and make up the difference and even a profit. Sad to say, the stock market is just doing what it was. The result is that the one place they were making up the loss is gone and now, there is just no choice but to raise prices; fast and hard.

Insurance companies have only so much Re Insurance to use, and they are paying a heavy price for it. So, they are demanding that they get the best price they can and the best 'risk' they can find. Here's what it means to you. . .

Practical Tactics to Protect Yourself

Some Things Just Can't Be Helped

Historically, tough items will get tougher. Let's be honest, delivery liability has been hard to get and it just got harder to the degree that that the limited marketplace that provides this insurance has been honest with itself and pricing adequately, the effect will be mitigated. Translation: if a company has been under pricing to get or keep market share they must stop now and make up for it.

You will see price increases, maybe some big ones, but the good news is that if you take the time to be proactive, you can avoid getting blindsided. Look over the "practical tactics" above and take action, then get the right insurance agent – one that's a specialty player in the pizza insurance biz and take a deep breath. It won't be all that bad.