The Search Is On Again for a Stolen 3,500-Pound Pizza Oven - PMQ Pizza Magazine 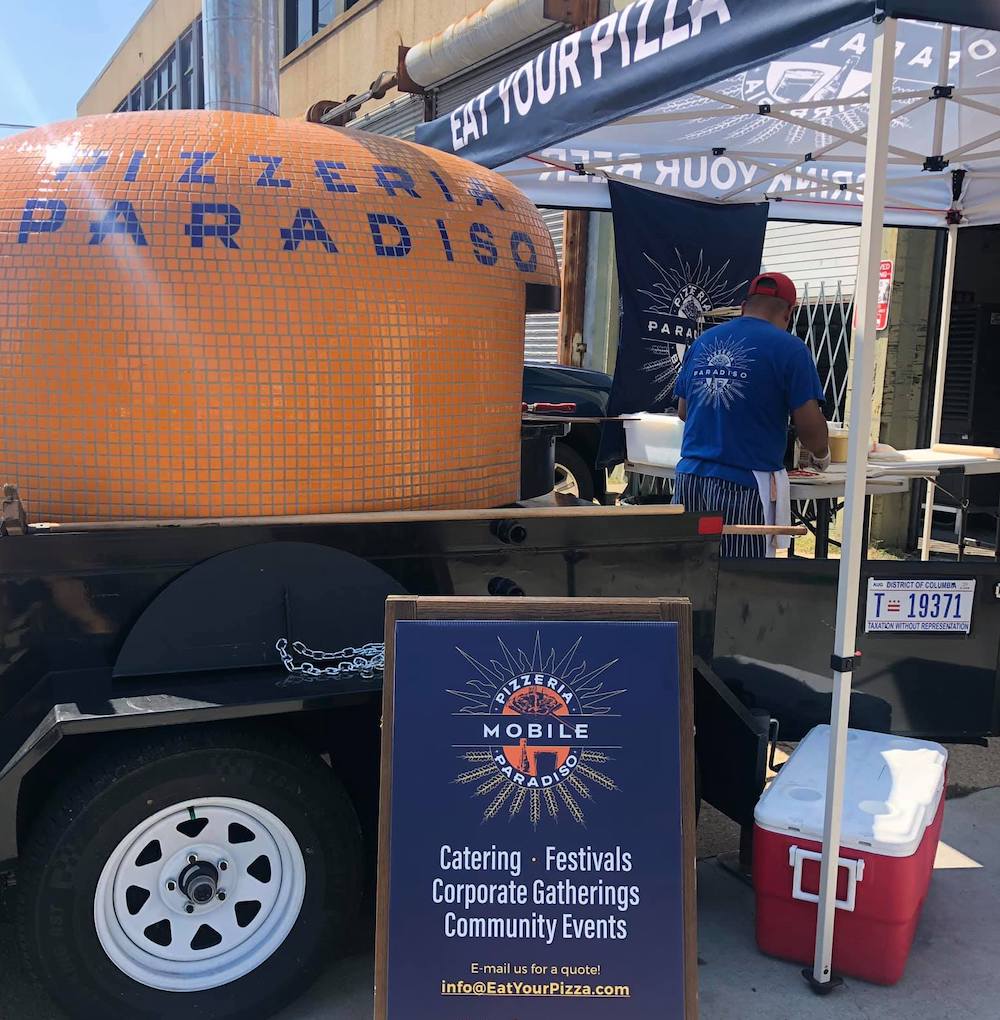 Painted in eye-catching orange with blue lettering that spells out Pizzeria Paradiso, a domed, 3,500-pound Marra Forni pizza oven is hard to hide. But someone, somewhere in the Washington, D.C. area, might have one—and it doesn’t belong to them.

The custom-built, wood-burning oven is worth $30,000. If someone provides information that leads to its return, Ruth Gresser, the owner of Pizzeria Paradiso, with five locations in the region, will throw them a pizza party for free.

The mobile oven and its trailer were stolen back in April 2020, not long after the COVID-19 lockdown went into effect in Washington, D.C. As The Washingtonian reports, the oven was hauled away from the Pizzeria Paradiso parking lot by someone driving an older two-tone pickup truck—possibly a Chevy or a Ford. The theft was captured by a security camera, but the footage was too fuzzy to provide much detail.

Gresser had given up on getting her oven back until last week, when a customer reported seeing a truck hauling it on University Boulevard in nearby Wheaton, Maryland. Marra Forni advised Gresser that the thieves might have been more interested in the trailer than the oven itself since the brightly colored, logoed oven would be difficult to pawn.

Feeling more hopeful again, Gresser has put out the word on social media: Anyone who provides information that can lead to the oven’s return will get a free pizza party at one of her Pizzeria Paradiso locations. “We might even throw some beer in there,” Gresser told The Washingtonian.

Gresser is known for her willingness to mix politics with pizza. In the 2018 elections, she created pizzas honoring women candidates like Alexandra Ocasio-Cortez, Stacey Abrams and Kyrsten Sinema, all of whom aimed to break ground in the political arena as women and/or people of color. In 2019, she debuted a weekly series of pizzas that spotlighted female elected officials from New York to Hawaii. That same year, she was named a semifinalist in the James Beard Awards in the category of Outstanding Restaurateur.