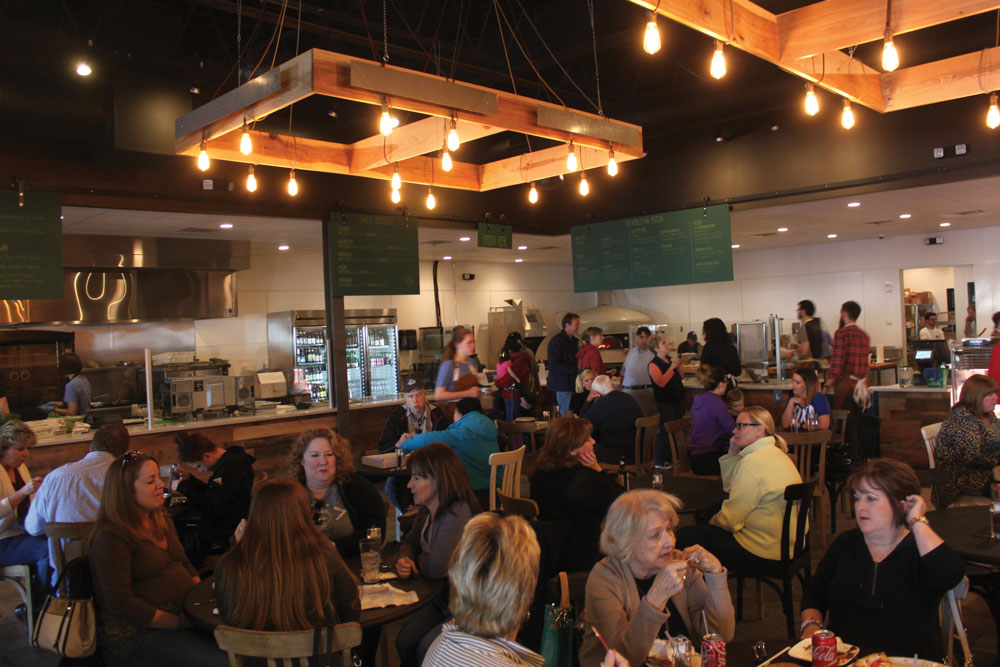 Pangea Kitchen has a lot of working parts. Branded “a global soul food market,” the strip-mall location packs in stations with fresh mozzarella and pastas; a deli with meats, cheeses and gourmet goods; an assembly line churning out Neapolitan, Sicilian and fried pies crafted to order; a Thai chef spicing and marinating meats for the rotisserie; and a counter serving coffee, gelato and pastries. Happily, the concept has been embraced by locals, validating the vision of owner Randy Hobson and the handiwork of Italian pizzaiolo Alessio Lacco and proving that classic cuisine made with love never goes out of style. 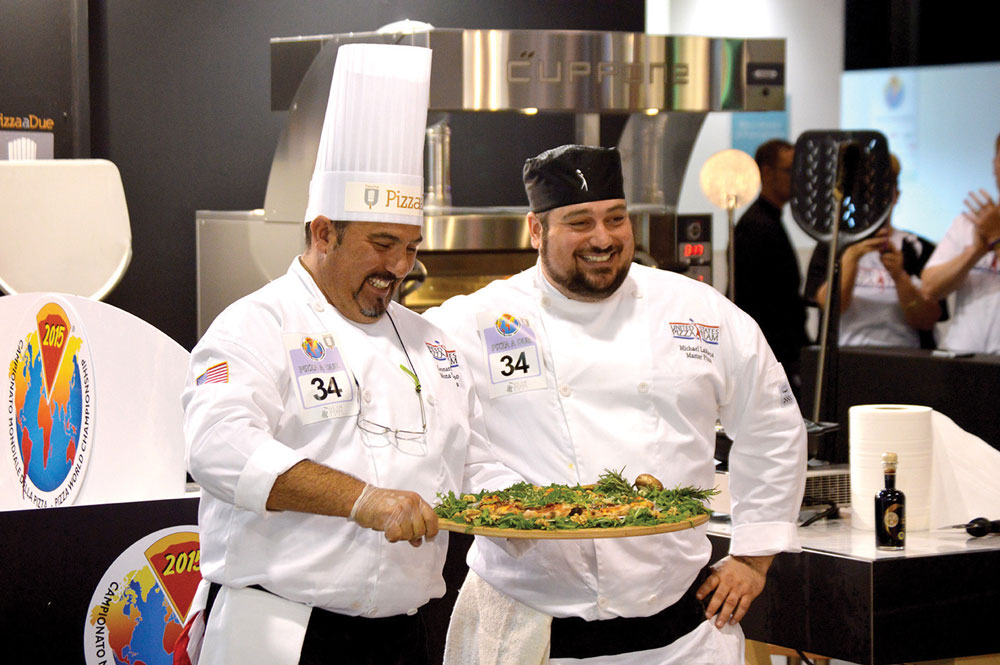 After two straight silver medals in Individual Freestyle Acrobatics, the Groupon U.S. Pizza Team’s Jamie Culliton grabbed the gold this April in Parma. Team members and PMQ staffers also toured Castello Torrechiara and feasted like royalty at the Taverna del Castello. Several members of the squad enjoyed a guided tour of the ruins of Pompeii and learned about the upscale cuisine of that ancient city, including a delicacy made of mouse meat and honey. 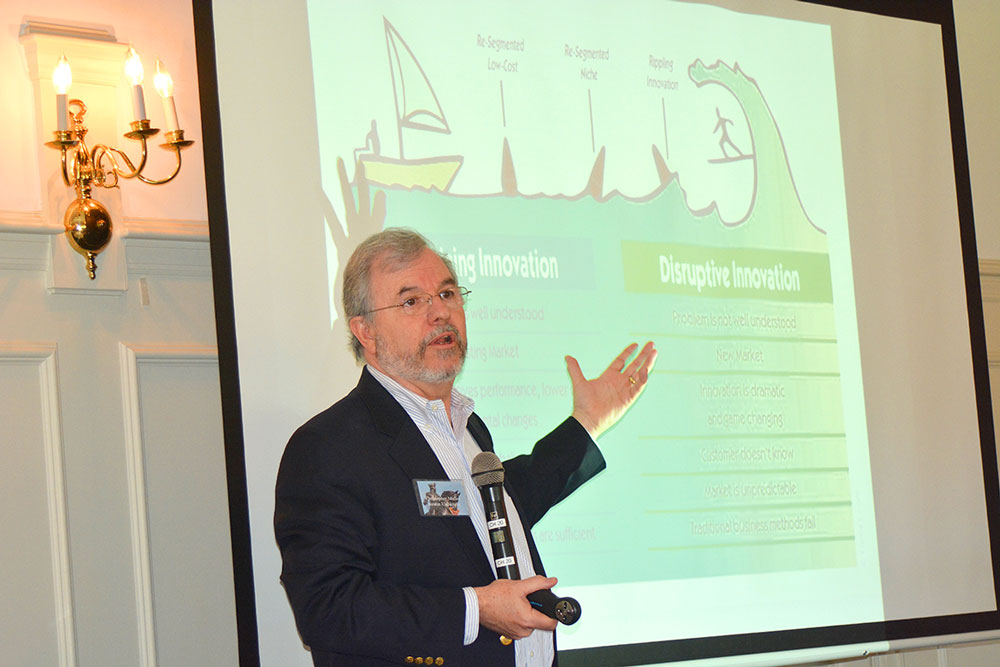 PMQ Pizza Magazine teamed with distributor Colony Foods to host the New England Pizza Collaborative in early May. The initiative, which focused on POS and online ordering technologies, was designed to help independent operators learn how to better compete against the multiunit national chains. Presenters included POS expert Jerry Cibley and Christopher Muller, a hospitality administration professor at Boston University. 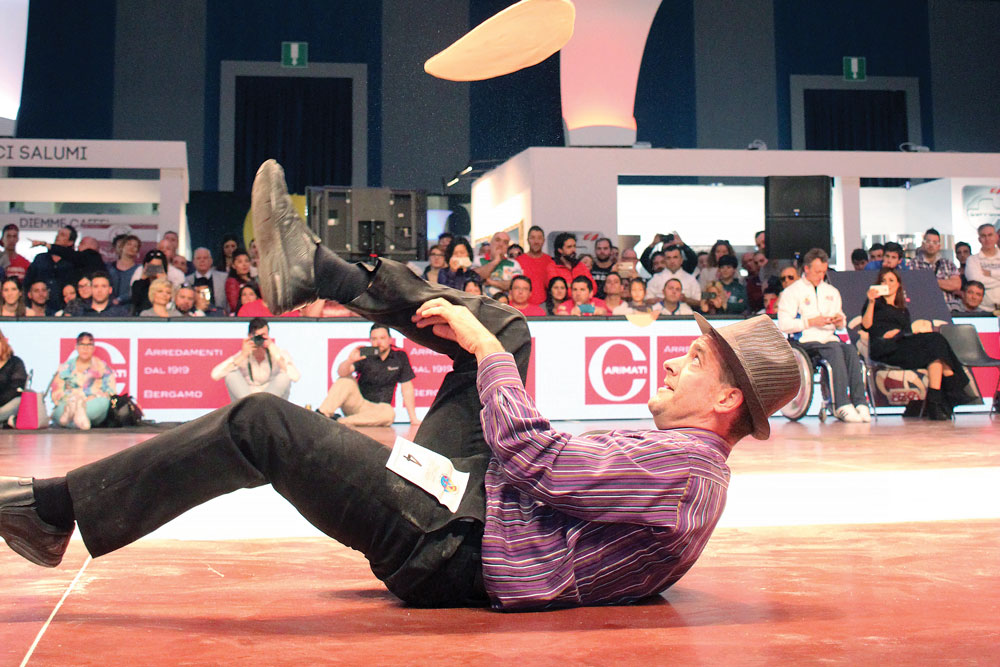 Panino’s will be the host site for the Groupon U.S. Pizza Team’s 2016 Midwest Trials on June 13. The event will attract competitors from throughout the region to show off their talents in both the culinary and acrobatic categories. Once again, this year’s grand prize winner will earn a spot on the team and a trip to Italy for the World Pizza Championship in 2017. Co-owned by Gino Rago, his brother Lenny Rago and their cousin, Bruno Brunetti, Panino’s offers traditional and contemporary Italian dishes, including Neapolitan-style pizzas, pastas, calzones, sandwiches and timpanos (a stuffed pasta pie baked in pizza crust). The Rago brothers and Brunetti also co-own Via Pizzeria 1-2-3, an Evanston-based supplier of pizza dough mixes and sauces. 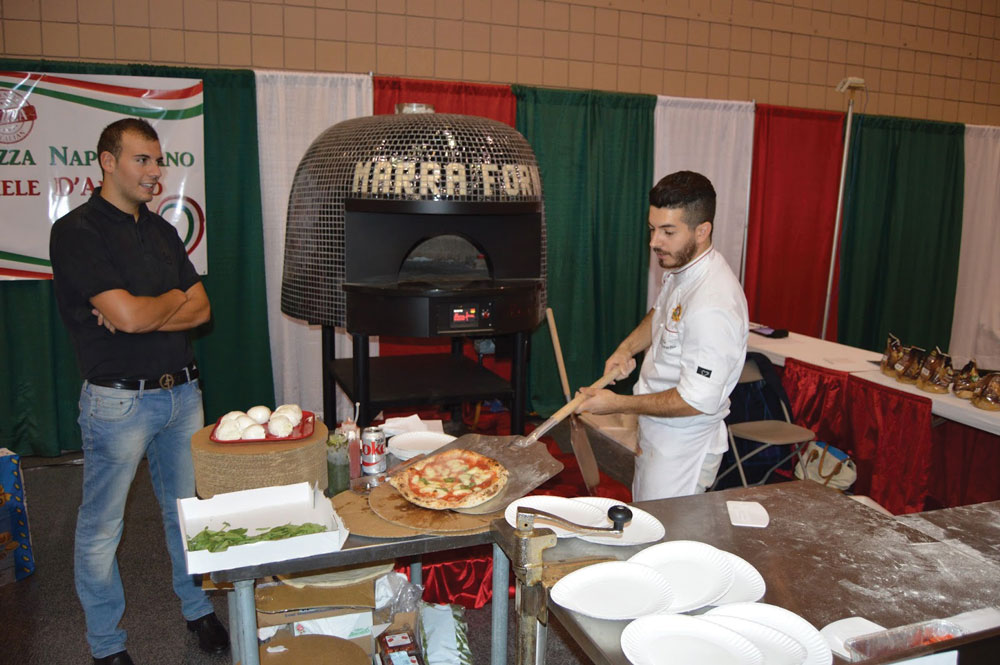 Sofo Foods, the largest ethnic food distributor in the Midwest, will host the Foodservice & Restaurant Summit for restaurateurs from around the area. The trade show, to be held on Sunday, September 18, will bring together Sofo’s top vendors to show off their best products and offer new menu ideas. Sofo is coming off last year’s highly successful Sofo Foods Expo, held in Atlanta for pizzerias and Italian restaurants. Robby Sickler, co-owner of Brothers Express Pizza Café, described that event as “absolutely fantastic.” His partner, Stephanie Sickler, called the show “a great resource for us. We’re an independent startup, so quality is really important to us.” Basil Klosteridis, a regional manager at Fontanini Meats, agreed. “It’s probably one of the best set-up shows I’ve seen, with customers from all over. If you want Italian product for a pizzeria or Italian restaurant, this is where to come.”