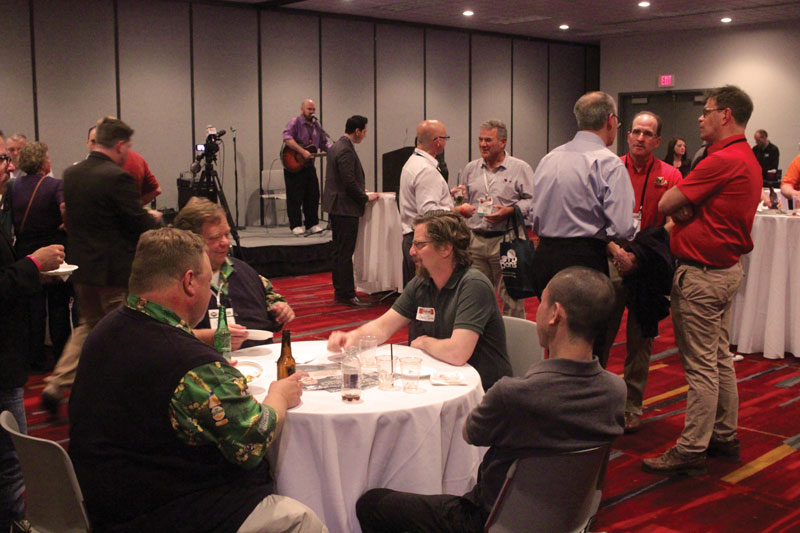 PMQ’s Think Tank Reunion drew pizzeria operators from around the country for a networking event held at the Nightclub & Bar Show in Las Vegas. The private gathering featured musical entertainment from PMQ staff members Daniel Lee Perea, a.k.a. El Bebop Kid, and Brian Hernandez. The musical pair performed Brian’s pizza-themed parody song, “The Cover of the PMQ,” a humorous celebration of America’s pizzaioli and a certain magazine of which we’re all very fond. 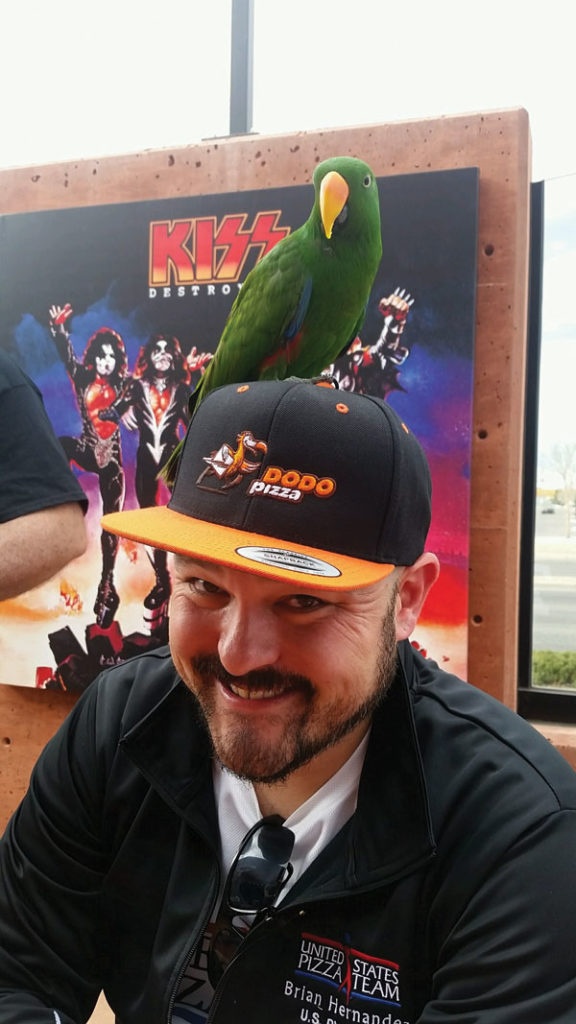 When you wanna rock and roll all night, Rock & Brews is the place to be in Albuquerque. PMQ’s Daniel Lee Perea and Brian Hernandez paid a visit to the brewpub, co-owned by KISS legends Paul Stanley and Gene Simmons, and spent a little time on the pet-friendly patio. Brian described the food as “first-class” and noted that Rock & Brews even has a menu for dogs, including a nonalcoholic beer called the Bowser brew.

Continuing their travels through the American West, Daniel and Brian galloped into Fairview for a video chat and photo shoot with one of our favorite pizza chefs, Lee Hunzinger of Cane Rosso. Lee, who will be the subject of a feature article in an upcoming issue of PMQ, worked his magic for several years at Cane Rosso’s sister restaurant, Zoli’s NY Pizza Tavern, until it recently closed its doors due to structural issues with the building; a new location is slated to open later this year. Meanwhile, in addition to the Fairview store, Cane Rosso operates restaurants in Dallas, Fort Worth and Carrollton, and has been singled out by D Magazine for serving the “best pizza in Dallas” for five straight years.

Have you ever dreamed of swimming in a gigantic vat of balsamic vinegar? Technically, it’s possible, although the folks at Modena Fine Foods would discourage it. They’ve got the world’s largest barrels of balsamic vinegar (with a capacity of more than 71,000 gallons) at their Acetum balsamic production facility in Modena, Italy. And members of PMQ’s U.S. Pizza Team will behold them in all their glory during their trip to Parma in May for the World Pizza Championship. Often described as the Olympics of pizza, the World Pizza Championship brings together pizza makers and pizza acrobats from across the globe for culinary and dough spinning contests. When they’re not competing to make championship-level pizzas, USPT members will also enjoy a castle dinner at Castello Torechiarra and spend an afternoon in Venice.