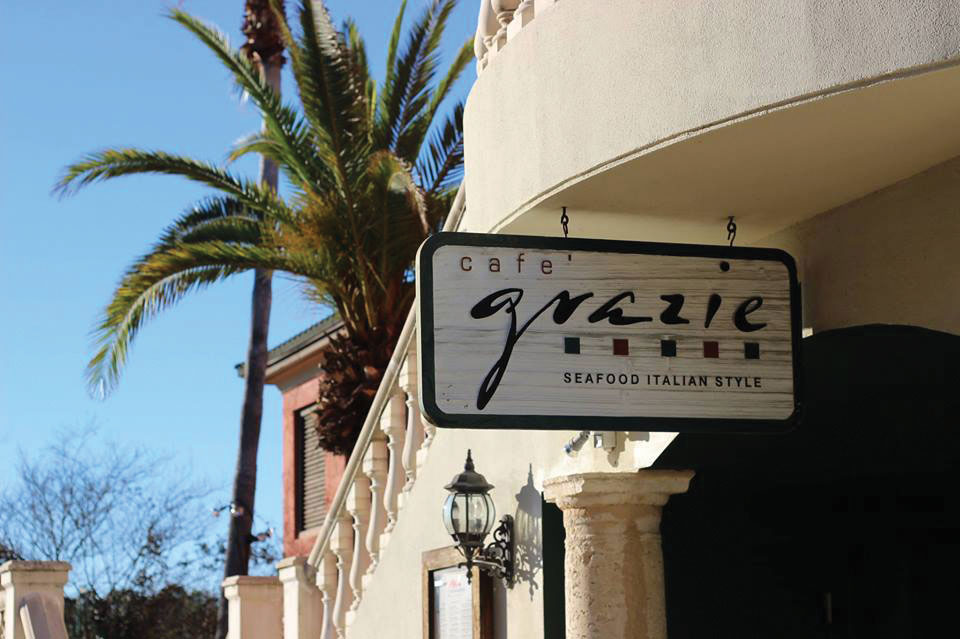 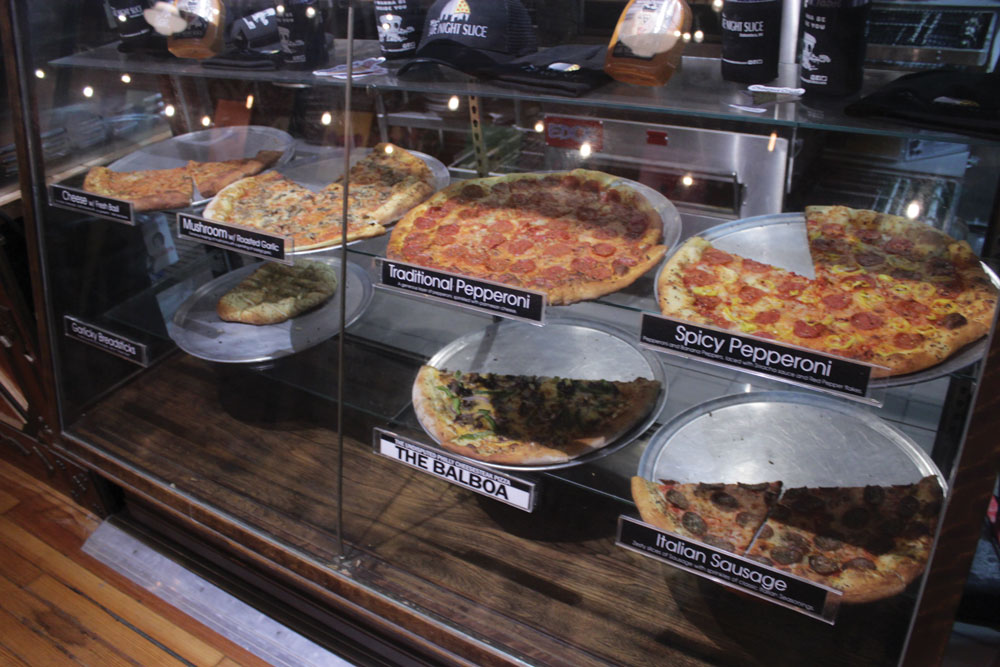 Columbus, Ohio
PizzaTV’s Daniel Lee Perea made a late-night stop at Mikey’s Late Night Slice in Columbus, Ohio, and went away impressed. In addition to five locations around the city, the company has three “PizzaAssault” food trucks, online ordering and a lively atmosphere. Mikey’s irreverent and innovative menu features a pepperoni- and cheese-stuffed hot dog (called the Pizza Dawg), the Cheesus Crust (a cheese-laden sandwich made with two slices of pizza pressed together) and specialty pies with evocative names, including The Garbàge (pepperoni, sausage, banana peppers, mushrooms, onions and extra cheese), The Loverboy (loaded with anchovies) and One Charming MotherF#$%ing Pig, described as “10 times more charming than Arnold from Green Acres.” 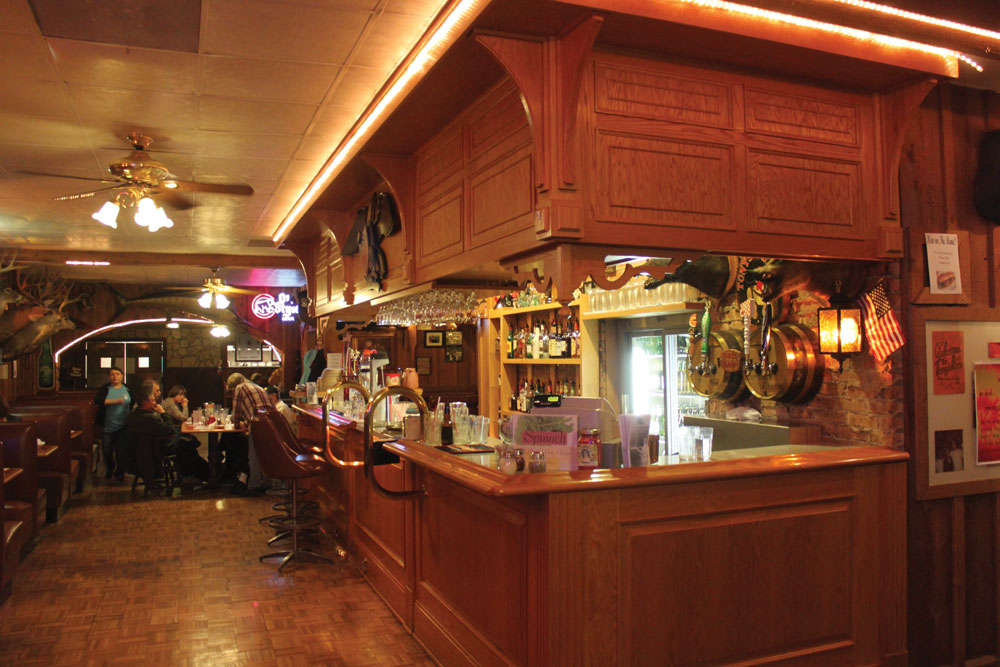 Valparaiso, Indiana
As the writer of PMQ’s Pizza Hall of Fame column, senior copy editor Tracy Morin loves making pilgrimages to the historic pizzerias profiled in those pages. In March, a visit to Valparaiso, Indiana, brought her to Tony’s Place, the hometown hangout that’s been going strong for more than 60 years and was highlighted in our January/February 2016 issue. Manager Tami Charnas chatted about the business’ history, while Morin worked her way through the menu and admired the old-school decor (complete with a menagerie of taxidermied animal heads mounted throughout the bar area). And, thanks to the pizzeria’s recent induction into the Pizza Hall of Fame, the Chicago Tribune ran its own article on the Northwest Indiana institution, calling it “the tastiest time capsule” in town. With a down-home feel and excellent value for the buck, this family-friendly pizzeria continues pleasing pizza lovers of every generation—and keeps its well-cemented legacy alive. 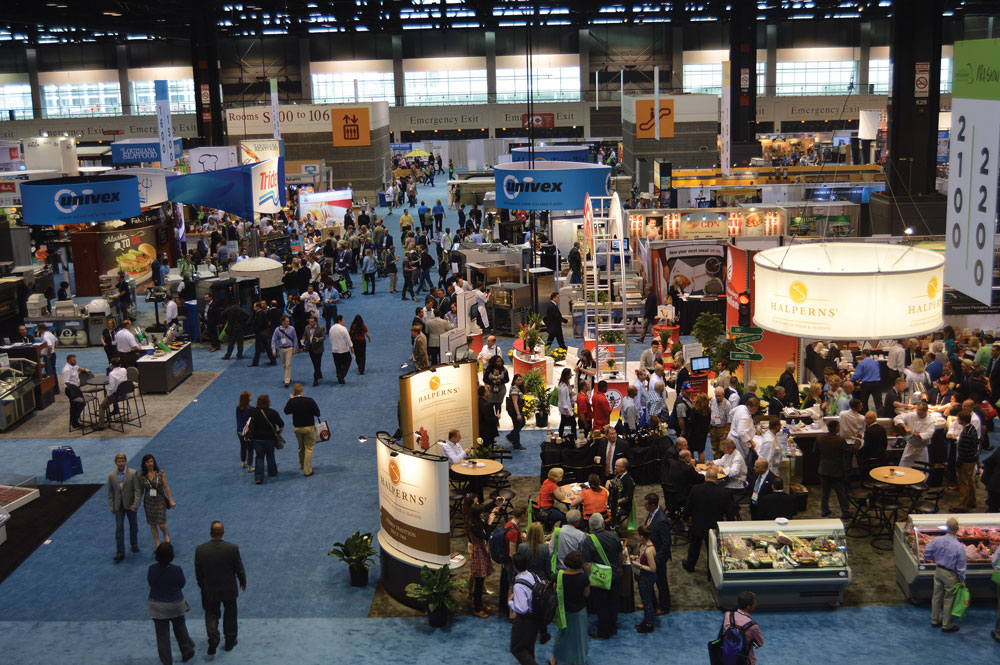 Chicago, Illinois
It’s the restaurant industry’s show of shows, and PMQ will be there to experience—and report on—every delicious minute of it. The National Restaurant Association’s NRA Show 2016 will be held May 21 through May 24 at McCormick Place in Chicago. For this year’s event, the NRA’s Fast Casual Industry Council will host a one-day education and networking event with some of the red-hot segment’s key brands and executives. Making its U.S. debut at the NRA Show will be the co-located Bellavita Italian Pavilion, where badged attendees can sample culinary treats and learn about authentic Italian ingredients from artisan producers. Meanwhile, Sysco will present what’s being described as the trade show’s “first-ever 100% crowdsourced session” with the Food Network’s Robert Irvine, star of Restaurant: Impossible, and SpikeTV’s Jon Taffer, star of Bar
Rescue. The two reality TV celebrities will “share musings, anecdotes and insights they’ve collected throughout their many years in the industry.” Additionally, a panel discussion called “Turn the Tables” will feature NRA president and CEO Dawn Sweeney and a group of “change agents” for a discussion about “embracing the future and successfully turning the tables.”

Cafe Grazie in Orange Beach, Alabama, is a consistent winner of TripAdvisor’s Award of Excellence.

Orange Beach, Alabama
We’ve heard good things about chef Brian Navarro’s take on Italian seafood, and our editor-in-chief will try it out for himself this June. Nestled on the harbor just a few feet away from the emerald waters of the Gulf of Mexico, Café Grazie has become a can’t-miss destination for pizza loving Southern pilgrims on vacation in coastal Alabama. A repeat winner of TripAdvisor’s Award of Excellence, Café Grazie makes waves with dishes like crab-stuffed portobello mushrooms, the pistachio-crusted grouper and a Sicilian filet served with garlic mashed potatoes and wilted spinach with Gorgonzola.