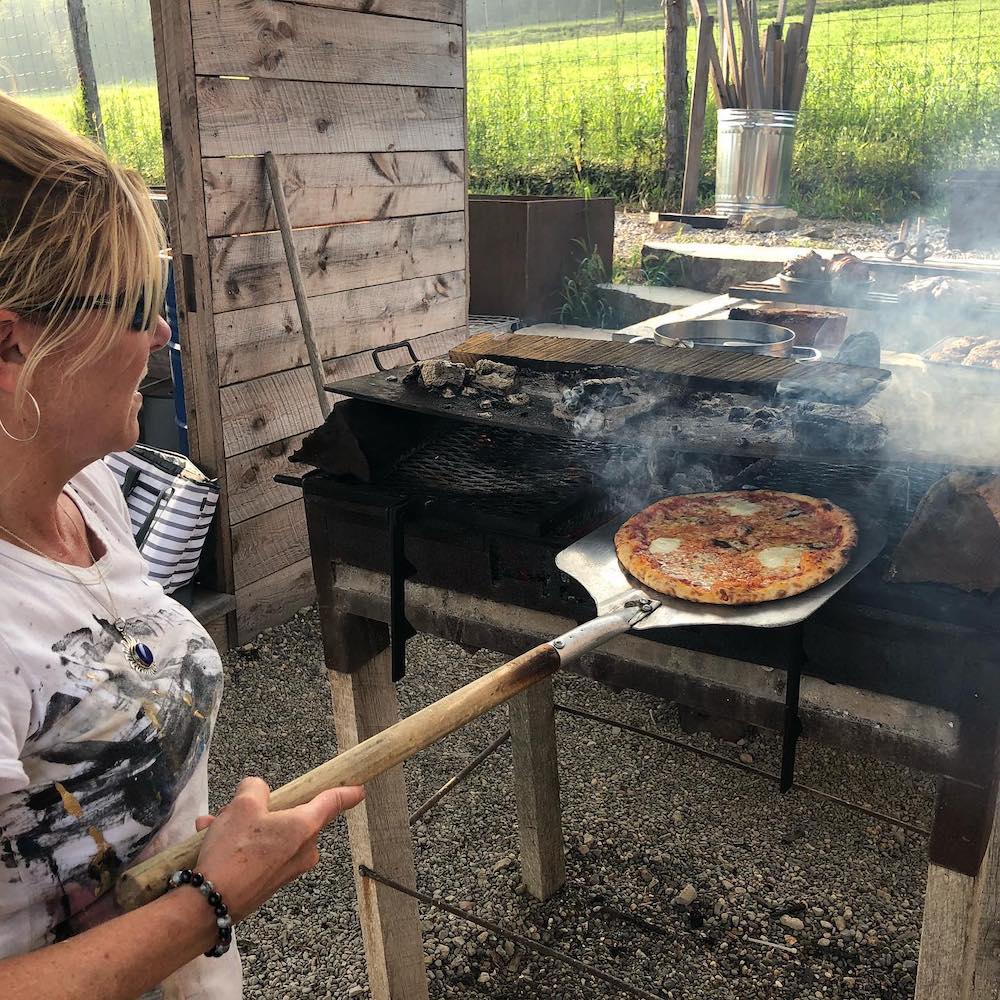 Megan Jones-Holt, aka the Pizza Witch, was a pizza novice before taking over Market Pizza and growing into one of New Jersey's best-known pizzaioli.

There’s a witch running wild in Stockton, New Jersey, but don’t be afraid—Megan Jones-Holt is, like Samantha and Sabrina, one of the good witches. The owner of Market Pizza in the Stockton Market, Jones-Holt is affectionately known as the “Pizza Witch,” and she works her magic with wild-game toppings like venison, boar and even kangaroo meat.

The venison pizzas, which sell for $25, will be available for dine-in, carryout and in vac-sealed par-baked form.

Proceeds from the limited-time specialty pizza go to help pay HHH’s expenses for meat processing through butchers approved by the New Jersey Health Department. The meat is then provided to pantries to help combat food insecurity in New Jersey.

Related: A small pizzeria in Texas bounced back from dismal sales with one simple tactic

“Food has always brought people together, whether it’s a family dining table or new friends at a pizza bar, so this fundraiser is a natural fit,” Jones-Holt told NJ.com. For those who can’t afford to eat out or even to put food on their own table, HHH offers protein-packed options that usually aren’t available through food pantries.

This marks the fifth year that Market Pizza has partnered with HHH. The promotion has raised funds for an estimated 15,000-pus meals.

Jones-Holt reportedly earned the “Pizza Witch” moniker after a customer took a bite of one of her pizzas and proclaimed the flavor combination “magical.” But Jones-Holt was a pizza novice when she and her husband, Matt Holt, took over the Market Pizza stand from a local restaurateur named Jamie Hollender. She learned the pizza ropes from Hollender before starting to experiment with her own style.

As an indoor grocery store and market, Stockton Market has been allowed to stay open during the coronavirus pandemic. The market even worked closely with Hunterdon County officials to develop rules for indoor market operations, according to NJ Monthly. That allowed Market Pizza to remain open for business as well (albeit with limited dine-in capacity), and Jones-Holt decided to take full advantage of the situation.

“The first thing everyone does when something like this happens is tighten up costs,” she told NJ Monthly. “I did the opposite—I started taking out ads. We’ve gotten a lot of new customers. A lot of new people have found us, which is great.”

Jones-Holt continues to offer her standard menu, including the weekly special, while providing her clientele with a chance to do a little socializing. “A lot of our customers who come from a distance say stuff like, ‘We just had to get out of the house!’ And they come and grab a pizza, but they’ll chat for a while and then they’ll go. Everybody comes in and wants to talk.”