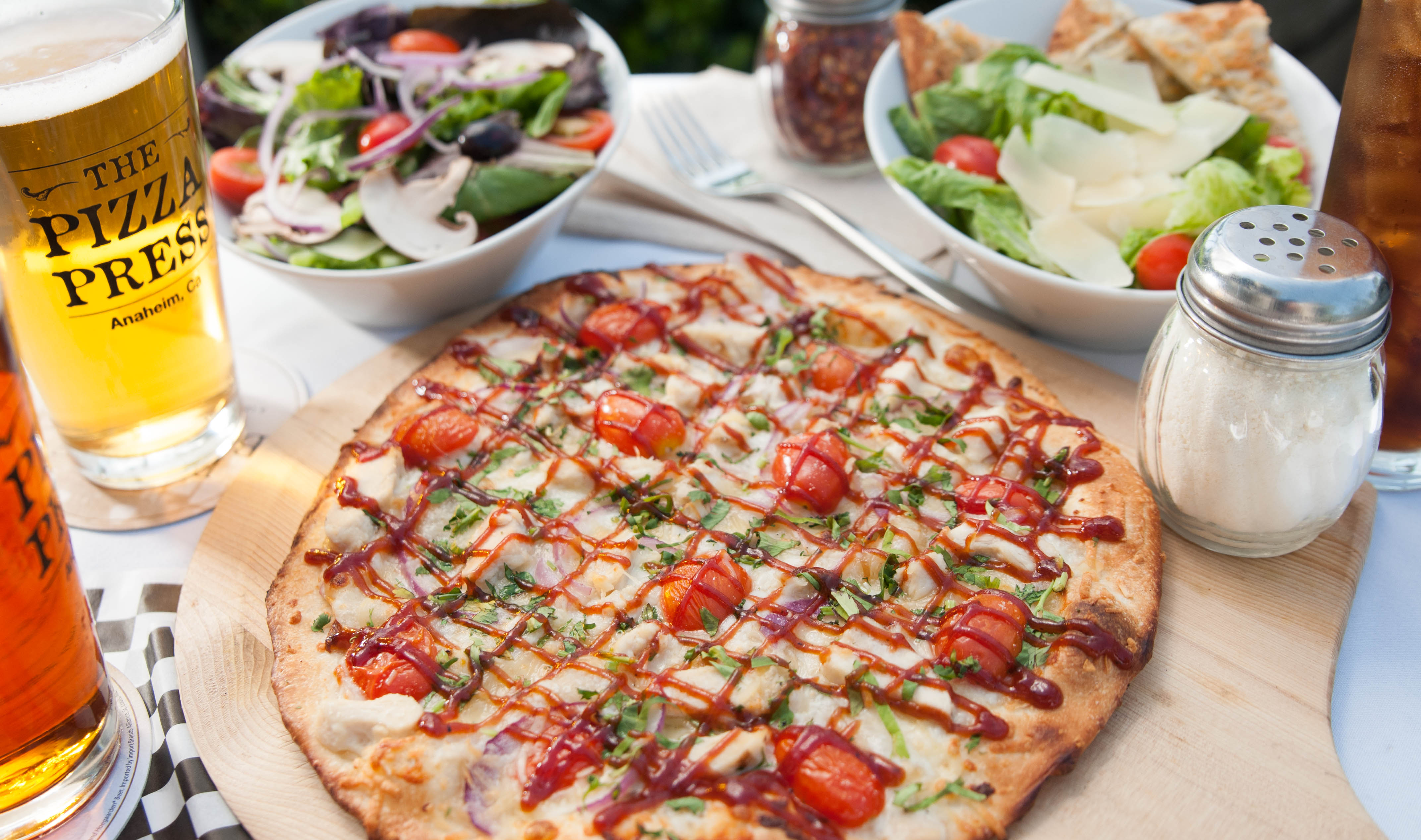 The Pizza Press, a fast casual, build-your-own pizza restaurant, is announcing the launch of its comprehensive national franchise program in partnership with Franchise Dynamics. With already two company-owned locations in Orange County, California, The Pizza Press is now available for franchise in select markets throughout the United States.

After the 2012 opening of its first location in Anaheim, The Pizza Press has received a growing demand to bring its concept outside of California. Founder Dara Maleki will continue to be the owner of the original Anaheim location, as well as the new flagship restaurant opening in Old Towne Orange, CA this fall.

“We’re blown away with the enthusiasm for our brand in Orange and are thrilled to be able to grow The Pizza Press on a national scale,” says Maleki. “Working with Franchise Dynamics gives us the ability to find new owners that share our passion for the concept, while providing them with guidance to make their new franchise a success.”

“We are so excited to be working with The Pizza Press team on their franchising initiative,” says Cassidy Raynor, Senior Manager of Franchise Development for Franchise Dynamics. “We’re confident that by marrying the strong brand and unique concept of The Pizza Press with our experience in the industry, we’ll be able to roll out a successful partnership for both of us.”

The Pizza Press invites guests to create their own ‘newsworthy’ pizzas through the restaurants’ assembly-style line and offers specialty items like salads and ice cream sandwiches. The Pizza Press also features beers from local breweries, creating a community feel that Founder Dara Maleki wants to incorporate in future franchise locations.

About The Pizza Press

Founded in 2012, The Pizza Press is a fast casual, build-your-own pizzeria. Guests are encouraged to design their own pizza, complete with unlimited toppings, or choose from popular pizzas flavored after regional newspapers, including “The Times”, “The Tribune”, and “The Chronicle.”

From its fresh ingredients and locally sourced craft beer to its specialty-designed pizzas and “build your own” concept, The Pizza Press is revolutionizing America’s favorite food.

With two locations in Southern California, The Pizza Press plans to expand its franchise program nationwide with a focus on locations in Oregon, Utah and Texas.