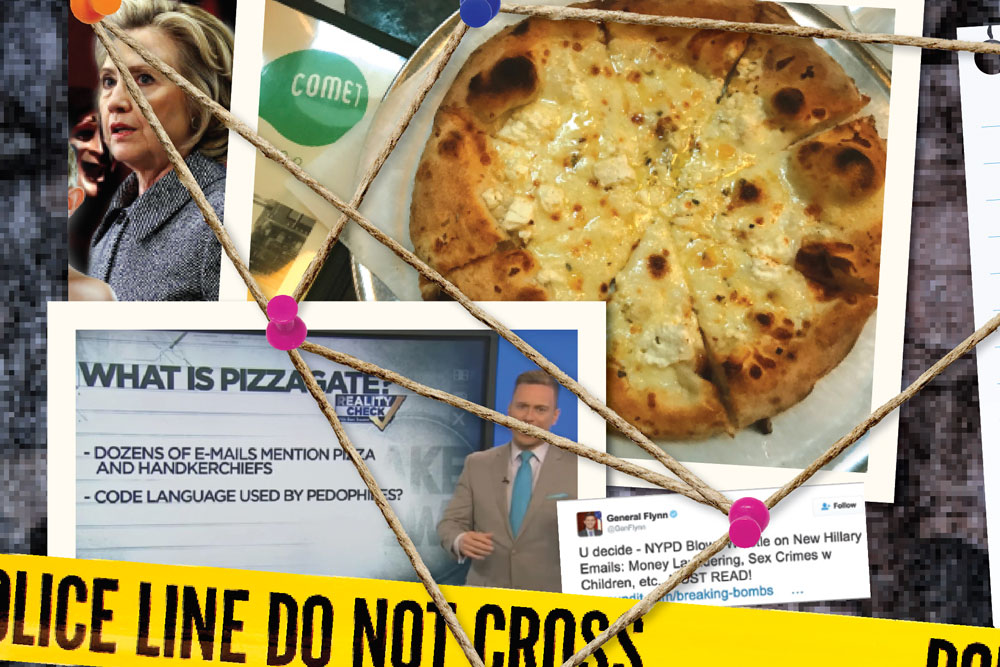 Pizza shops in other cities were also “Pizzagate” targets, including Roberta’s in Brooklyn, New York, and East Side Pies in Austin, Texas. But Comet Ping Pong bore the brunt of the allegations, as staffers faced death threats and twisted accusations of misconduct from what a New York Times editorial called “an army of online terrorists.”

Although no proof was ever presented to support the allegations, “Pizzagate” quickly mushroomed into a crisis for Comet Ping Pong, climaxing in an incident in which an armed man, Edgar Maddison Welch, stormed into the restaurant, fired an AR-15, and started searching the premises for underage sex slaves. Welch eventually surrendered to police, admitting he’d found no evidence that anyone was being harmed in the pizzeria.

The Comet Ping Pong management declined most interviews with the press last year. But after the controversy died down, PMQ’s social media director, Heather Cray, visited the store during a trip to D.C. and met Reh in person. “He told me stories, as seen in the papers, about the Westboro Baptist Church harassment, the shooting, and being publicly harassed at his own home,” Cray recalls. Although months had passed, she says, “The look on Reh’s face brought back memories that made you feel the stress of it all.”

“I thought, ‘This man deserves a Manager of the Year—or the Decade—award,’” Cray continues. “When you come across a restaurant manager or employee who treats the business as if he built it from the ground up himself, you can understand how he gained the trust of both the owner and the employees. These employees trusted Reh to keep them safe and employed.”

But Reh was, at the time, still reluctant to talk on the record. “I promised to keep his stories confidential, declining even to share them with my editor when we talked on the phone that night, and headed home the next day,” Cray recalls. “Over several more months of email exchanges, we developed trust, and Reh gave me insights on how to handle a PR crisis from his own harrowing experience.”

Reh eventually agreed to an email interview with Cray and the PMQ editorial staff. Here, he talks candidly about the experience and explains how taking the high road paid off in the end.

PMQ: As the “Pizzagate” lies and misinformation continued to spread, were you guys attempting to combat them?

Reh: The thing about bad press is to be able to discern its credibility. If we had gotten a bad food review, I would take that as an indicator that we need to reexamine…the way we operate our business. Negative feedback is just as useful as positive feedback, probably even more so. If the bad press is completely baseless, it’s a different story. If you take yourself seriously, it’s not really worth expending a lot of time and effort to combat opinions that aren’t worth their salt. (Food pun!) In the beginning, it was mostly a matter of trying to figure out when to speak and, far more importantly, when not to speak. Many times, people can’t resist getting involved in a conversation that is about themselves, but it’s not always the most productive way to get that conversation to go away.

PMQ: So what was your strategy, and how did it come about?

Reh: This might sound lame, but my strategy, first and foremost, was to maintain the business standards. The way I saw it was, the whole game would be lost if we allowed our standards to slip, which would be the touch of death for the business—which is what all the ‘Pizzagaters’ wanted. It’s not always easy to turn your focus away from harassment, but I think the ability to identify what is a real priority rather than a perceived one is crucial. I also think you need to surround yourself with people you can trust completely and that give very clear-headed advice. Considering we were being attacked by tens of thousands of people as well as major national figures, we couldn’t choose a path that required us to be louder than anyone else. Every “move” we made had to be specific, quiet, but to the point. To “raise our voice,” as it were, would mean we were on their home turf, and we refused to allow ourselves to be sucked into a battle not of our choosing. At least, as much as possible! I would have rather not had any of this stuff happen! 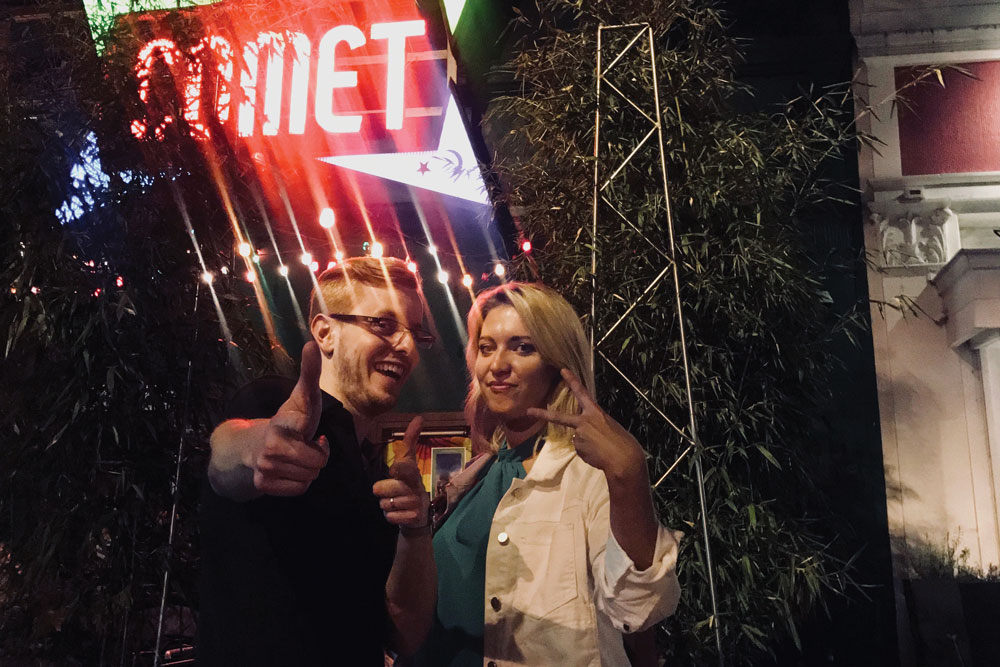 PMQ: As someone who wasn’t that experienced dealing with the national media, how did you work your way through the challenge?

Reh: It was difficult, really. I would tell people to not be afraid to turn their phone off and get away from the TV. The most stressful moments are usually when people want to become hypervigilant, but it’s just as important to preserve your mental alacrity. If you are a burned-out wreck, you won’t be able to make the quick, rational, thoughtful decision that may be required of you.

PMQ: You’ve said you knew you needed to get out in front of the story, so you contacted The New York Times and gave them an exclusive interview with yourself and the Comet Ping Pong owner. Why do you think that was important?

Reh: Once things started getting out of hand and there was no average “time/force multiplier” I could employ, it was necessary to think outside the box. I couldn’t respond to the (literally) tens of thousands of emails, online reviews and web posts, so we released a New York Times article to set the record straight for any sane person who could listen. It was a way to respond to all of it in one stroke. Again, I would stress the importance of making a move and then letting things play out a bit without overreacting. Make your point, move on to the next thing.

“Once things started getting out of hand and there was no average ‘time/force multiplier’ I could employ, it was necessary to think outside the box.”
— Bryce Reh, Comet Ping Pong

PMQ: Looking back on the experience, how would you describe the support you’ve received from your loyal customers?

Reh: One word: amazing. Couldn’t have done it without them. There are some days I seriously question why anyone should be so lucky as to have a community that is this amazing. I go to work for them. Paying rent is nice, of course, but, really, I do it because I love these folks. They really are like my extended family.

PMQ: Pizzerias may get bad PR for minor infractions, but that’s nothing compared to what you guys have gone through. After all this, what advice would you give to your fellow pizzeria operators, managers or owners about dealing with any kind of PR crisis, major or minor?

Reh: Be confident enough to listen to real criticism and confident enough to ignore the garbage that some people say. Know what fundamental principles your business relies on and stick to them. It’s a human industry—we all make mistakes. Success is getting back up after bad things happen. If life is knocking you down, you succeed by getting up one more time than anyone else will.