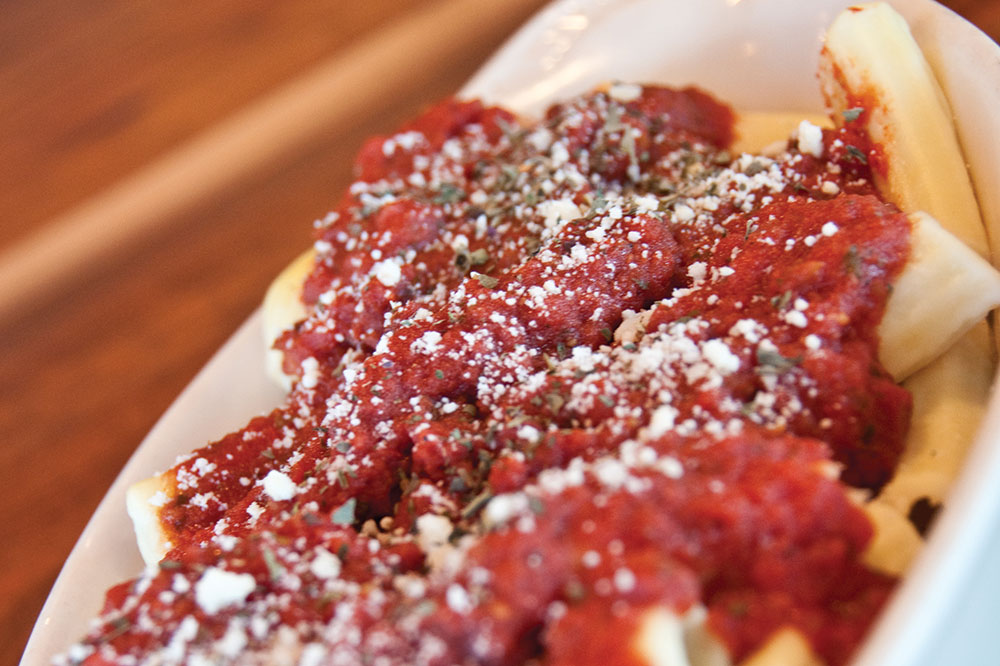 It took nine years, but the U.S. Food and Drug Administration (FDA) recently set a standard for gluten-free claims on food labels, establishing a gluten limit of 20 parts per million in all food products labeled as gluten-free. Watchdog groups have hailed it as a major step in the right direction for people with celiac disease and gluten sensitivity. But how will it affect restaurants that serve gluten-free foods, such as pizza?

The new rule, established in response to the Food Allergen Labeling and Consumer Protection Act of 2004, technically applies only to manufacturers of food products, not restaurants, notes Mary Schluckebier, executive director of the Celiac Sprue Association (CSA), a nonprofit celiac support group. But in a Q&A about the new rule published on the FDA’s website, the agency “suggests that any use of an FDA-defined food labeling claim (such as ‘fat-free’ or ‘low-cholesterol’) on restaurant menus should be consistent with the respective regulatory definitions.

This same approach would be followed with respect to ‘gluten-free’ claims made in restaurants or other retail food service establishments.”

As Schluckebier explains, “The use of the terms ‘suggests’ and ‘should’ by the FDA indicates that the regulations are not mandatory for restaurants.” But she adds that the National Restaurant Association (NRA) has thrown its considerable weight behind the new rule. In an August 12 press release published on the NRA’s website, Joy Dubost, the organization’s director of nutrition, urged restaurant operators to make sure their gluten-free items meet the new requirements. “Restaurants will be well-served to ensure they comply with FDA-defined claims,” Dubost said.

Beckee Moreland, director of gluten-free industry initiatives for the National Foundation for Celiac Awareness (NFCA), says the rule, although voluntary for restaurants, will help pizzeria operators more easily identify and select gluten-free ingredients for their recipes. “They will be able to trust that a crust or sauce labeled gluten-free will be safe for their customers with celiac disease and gluten sensitivity,” Moreland says.

“Until the uncertainty is resolved, the safe course for restaurants is to follow the recommendations of the NRA, and any restaurant making a gluten-free claim on a product should have information available to the customer detailing what the claim means.”
—Mary Schluckebier, Celiac Sprue Association

As many as 3 million Americans have celiac disease. For these people, eating a product containing gluten—found in wheat, barley and rye—can trigger the production of antibodies that damage the small intestine and interfere with absorption of nutrients from food. With heightened awareness of the disease, the demand for gluten-free products, especially pizzas, has risen steadily in recent years, creating a $4 billion market.

But not everyone who avoids gluten has celiac disease or gluten sensitivity; some opt for gluten-free products because they think they’re healthier or will help them lose weight, according to a 2012 poll by Packaged Facts. “The gluten-free labeling rule is especially important in light of the recent fad surrounding gluten-free diets,” Moreland says. “The rule makes it clear that gluten-free food is a serious medical need for people with celiac disease and other gluten-related disorders. It has also brought more attention to these medical needs in the press, so it’s a strong statement on behalf of these consumers.”

Aside from providing clarity in gluten-free labeling by manufacturers, the FDA rule’s effect on restaurants remains unclear for now. “Since the regulations were issued on August 4, the FDA has already been requested to clarify the impact of the regulations as they pertain to restaurants,” Schluckebier says. “Until the uncertainty is resolved, the safe course for restaurants is to follow the recommendations of the NRA, and any restaurant making a gluten-free claim on a product should have information available to the customer detailing what the claim means.”

Meanwhile, restaurant operators should also consider seeking gluten-free certification through third parties such as the CSA or the NFCA. After all, experts point out, simply using gluten-free products when preparing menu items doesn’t guarantee your customers’ safety; if a gluten-free product comes into contact with other products made from wheat, barley, rye or other oats during preparation, cross-contamination can occur, and the customer could become sick. “If restaurant staff are trained to start the cooking process with products that are naturally gluten-free or labeled gluten-free and to use gluten-free protocols in both the back-of-house and front-of-house, they can be more confident that the prepared dish provides the same level of safety as the original ingredients,” Moreland says.

Regardless, the rule was a victory for celiac disease patients and the organizations that support them. “We are so glad to finally reach this milestone, and it has truly been an effort involving the whole gluten-free community,” Moreland adds. “The gluten-free labeling rule means there will be more safety and accountability in gluten-free manufacturing, and consumers will have a clear process for alerting the government about potential violations. For me, personally, I think the rule will also mean that we’ll see even more gluten-free products on store shelves. I know that some manufacturers have been waiting for this rule, and now that it has been finalized, the doors have opened to usher in new products.”