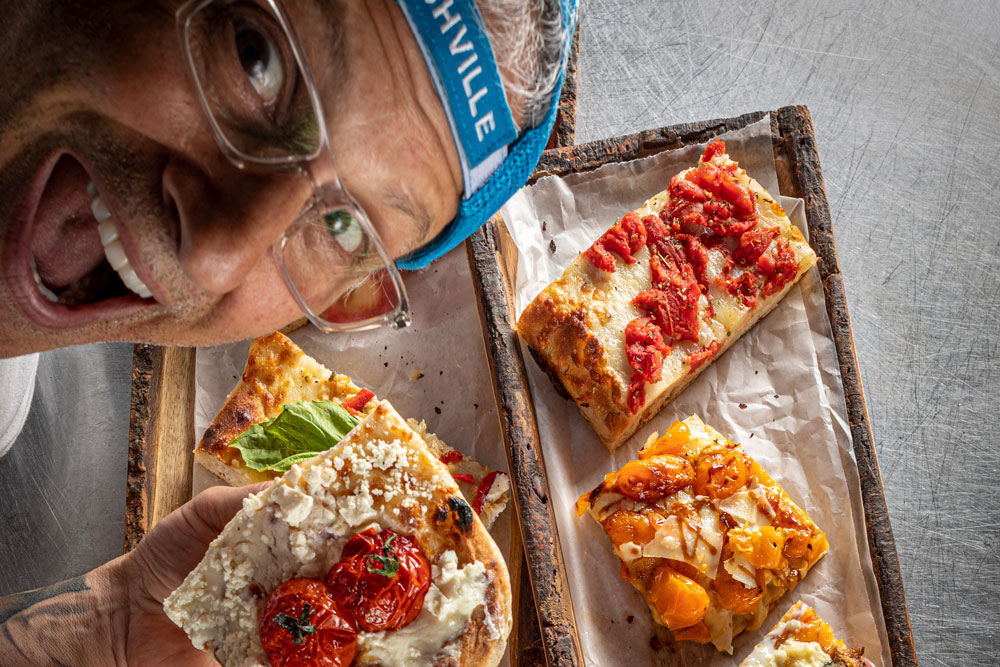 I have flour on my mind. (All the time.) I hear people in the industry say that you can’t make Neapolitan-style pizza without double-zero flour, and I want to go full-out Joe Pesci on them. I know all you purists will flip out when I say this, but if you want to serve Neapolitan-style pizza in your restaurant, you don’t really need double-zero flour.

I think we can all agree that, in the year 79 CE in Italy, there was no science lab taking protein samples to determine the correct formula for making Neapolitan pizza. No one was handing out certifications in the middle of the Roman empire, right?

There are a variety of ways to make Neapolitan-style pizza. It’s not about running out and buying double-zero flour and expecting the world to beat a path to your door. Instead, you need to understand three things: 1) the flour you’re already working with; 2) the oven that bakes that flour; and 3) the consumer who eats it. 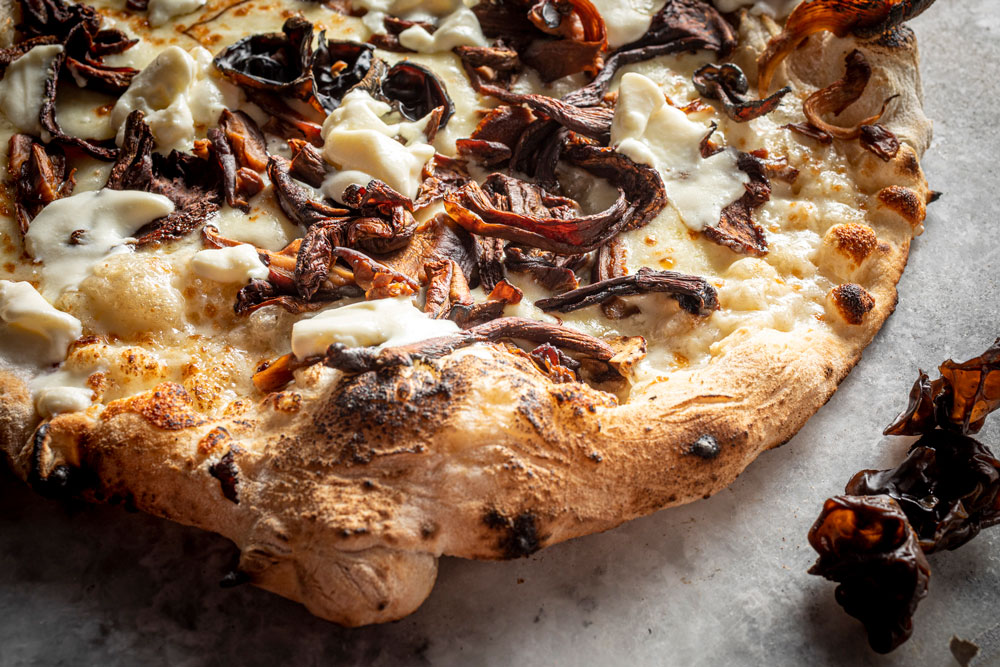 All flours are definitely not created equal. And the more you understand them, the better flavor profile you’ll achieve. In the United States, flour is classified by how much protein it has, but in Italy, the classifications are based on how finely ground the flour is (the “W” on flour packages indicates how “strong” or “weak” the flour is, but that’s an article for another day) and how much of the germ and bran have been removed. The Italians have a grading system that includes 00 (double zero), 0 (single zero), 1 and 2. Some quick definitions:

00: This is the gold standard of flours, the most refined flour ever made. The bran has been eliminated to make the flour whiter and easier to work with, and it contains between 12% and 13% protein content.

1: A coarser flour that contains more bran and wheat germ.

2: Even coarser, with extra nutritional characteristics.

Double-zero and single-zero flour are similar in texture to all-purpose/plain flour, which is much cheaper to buy. Many Greek-style pizzerias will use All Trumps High Gluten Flour by General Mills. It’s bleached and bromated, a pretty safe flour, with 13+% protein, and using it makes the Greeks happier than spaghetti with clam sauce. 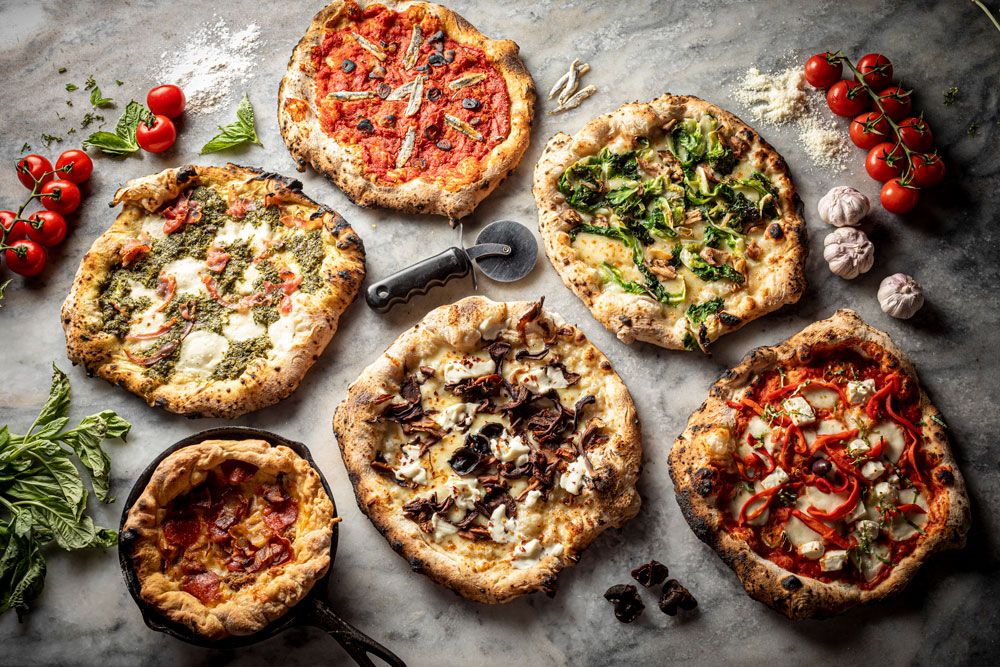 “You can have the best pizza recipe with the most expensive flour, but if your oven isn’t capable of working the flour the way it’s created to be worked, you’ve wasted your money.”

Wood, electric or gas? That is the second question. While, of course, the dough is really important to making Neapolitan-style pizza, it needs somebody to dance the waltz with—someone who is not going to step on its shoes. And that’s the oven. The kind of oven you use in your pizzeria depends on a lot of factors—size of the restaurant, budget, etc.—so I’m not going to tell you to run out and buy a wood-fired brick oven if you want to make Neapolitan-style pizza. But here is what you need to know:

Any master pizzaiolo worth his mozzarella will tell you that the only way to cook pizza is with a wood-fired brick oven. It offers the highest heat, the fastest cook time, and the best flavor profile, including a really crispy crust. And let’s be real: Wood-fired brick ovens look cool. (And the product coming out had better be just as good as the show!)

But brick ovens are not always the best choice for a pizzeria, for a few reasons: 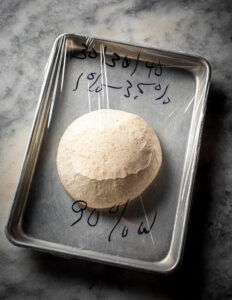 “If you want to serve Neapolitan-style pizza in your restaurant, you don’t really need double-zero flour.”

Let’s say you have a gas oven. Do you really want to use an expensive double-zero flour? That could be a bit of a waste. Why? Because the double-zero flour really loves the heat, and it’s built for very fast cooking—it’s finely ground and absorbs quickly (the cell structure is broken down so much that it can soak up a lot of water, which can really get in there). Two minutes in and out.

Gas and electric ovens don’t work that way. They’re more of a slow burn. In other words, you can come up with the best pizza recipe and make it with the most expensive flour, but if your oven isn’t capable of working the flour the way it’s created to be worked, you’ve wasted your money. And time.

Can you use gas or electric ovens to cook double-zero flour anyway? Absolutely. No one will report you to the Neapolitan police (although that’s a slight possibility). Just know that you’ll get, maybe, an 85% to 95% quality product, but that might be totally sufficient for your business.

A quick story: When I first opened Federal Hill Pizza in Warren, Rhode Island, we bought a Blodgett gas oven because I wasn’t ready to commit to a wood-fired oven. But I knew the science of the dough and that I needed a higher heat, so I drilled out the orifices in the oven so that the gas was able to run straight into my Blodgett and reach up to 900°. Don’t try this at home, kids. A year later, the oven blew up in my face, and I had to go to the emergency room.

The moral of the story? Make the right investment for your business at the outset.

The real question amid all the flour and oven talk is this: Who are you serving? What do your customers want? Authentic Neapolitan-style pizza with a high price point? (Which, of course, is better quality. Sorry, guys!) Or something close to authentic that is more affordable? If you want to be a neighborhood pizzeria that makes Neapolitan-style pizza and you have a gas oven, you can get a really good higher-protein flour that is unbleached and non-bromated, and you’re ready to go.

It all depends on your pizza goals. Do you want to stick your pinkie toe in the Neapolitan-style pizza biz or jump into the pool? Either one is fine. But if you’re gonna jump into the pool and work with the best flours in the world, then you’d better be ready to prepare and work with that flour the way it’s designed to be worked with. And that requires an investment of time, energy and a wood-fired brick oven.