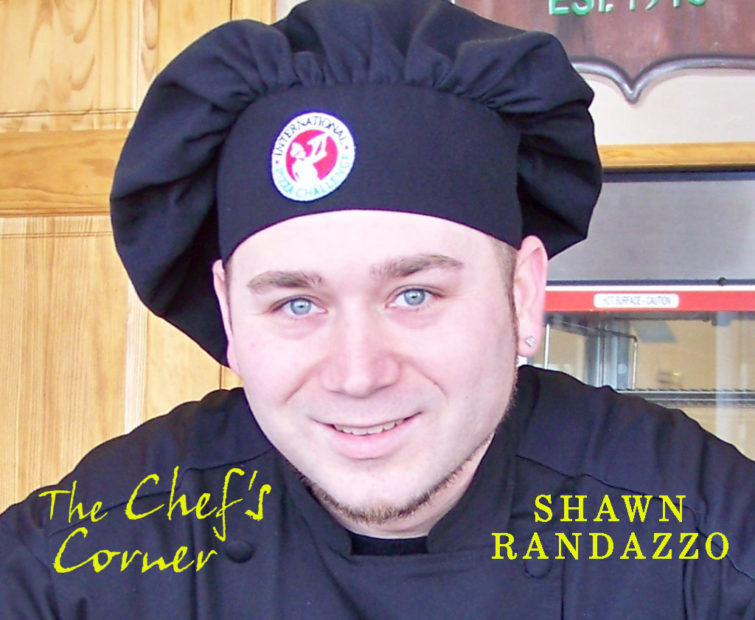 Brian: Hello and welcome to the Chef’s Corner, I’m your host Brian Hernandez, and today I am speaking with Detroit’s favorite son. No, it’s not RoboCop, I’m talking about Shawn Randazzo of Detroit Style Pizza Co. How are you doing Shawn?

Brian: Thanks for taking time from your prep schedule to talk with us. In the interest of brevity, let’s jump right in. Question one, as always, what is your first pizza memory?

Shawn: Well, I have a couple. One, probably around the age of 11, me and my buddies always rode our bikes up to Domino’s. They would put us in the back room and give us 5 bundles of boxes, and we’d sit there for an hour or two folding boxes. Our reward would be a small pizza each at the end of the day. At the time it was awesome. As an 11-year-old, I thought nothing was cooler than getting a pizza for folding boxes. The other one is from when I was a little older, but when I was 14, I wanted some video games and expensive clothes. My Mom told me I had to buy them on my own. So, I went to the local party store and they had a deli, some deck ovens and they did pizza slices. So, I got a job there, and I remember the owner’s sons and I getting into dough fights in the back room. I didn't realize until many years later that that dough actually came from Cloverleaf. After finding that out I thought it was pretty cool, since it happened that dough, in the future, had a lot to do with my career.

Shawn: I would say it was in the summer of 1995 when I was about 18. I had just quit working for my uncle. He had a tiling company and literally I was carrying 100 buckets of mud up the stairs every day. That got kind of old, so I was looking for a job that summer, and I walked into a pizzeria. It was Cloverleaf Pizzeria in St Clair Shores. I spoke with the owner there and he pretty much asked me when I can start. That’s how I got my foot in the pizzeria business. I started as a delivery driver, and I was there for about a year, maybe a little less, and the owner was getting very overworked. He had moved me up to assistant manager but was still working 7 days a week with 4 kids at home. I told him that I could handle this, let me at least do Sundays. So, he ended up getting Sundays off, and I worked my way up through management in a very short time.

Brian: You mentioned you got started at Cloverleaf. Is this the same Cloverleaf that began as Buddy’s, the originators of Detroit style pizza?

Shawn: Yes, so, just a brief history, Gus Guerra started with Buddy’s in ’46. He created this style using a blued steel pan from an auto parts plant. Pressed out some thick but light and airy dough, put the cheese and toppings on then the sauce on top and Detroit Style was born. He then left Buddy’s and started Cloverleaf in the early 50’s and that has been around ever since. And to the question of how I got started in the business. In ’97, the owner was talking about selling that Cloverleaf. I really didn’t think I was a candidate. I was about 19 or 20, very young, and didn’t have any money stashed away. But I mentioned it my mother who was working as a waitress. About two months later she called one day on her break and asked if I had ever thought about going into business together and asked if the owner was still selling. Long story short, we ended up getting the place with my mother remortgaging her house and doing all these different things to make it happen and that’s how I really got into the business.

Brian: Well again that jumps into the next question, which was, was it always going to be Detroit style for you, or did you have plans for any other style of pizza? Sounds like you jumped in on that ground floor.

Shawn: Yeah, pretty much. I mean, every store around here does Detroit style pizza, the mom and pops, the party stores, but for me it was always gonna be Detroit. To me it’s not a style. It’s just pizza.

Brian: So, let’s Flash forward then to your decision to start Detroit Style Pizza Co. When was that?

Shawn: In 2012, shortly after winning the World Championship in Vegas. We owned a Cloverleaf for 16 years, plus opened a second.

Shawn: Well, it’s a long story, but I owned one Cloverleaf, had opened a second and was looking to do a third. But after a while I was looking to have more control over the shops. In my current contract my hands were pretty tied, so I started reaching out, finding good mentors. I was already plugged into the industry and had a lot of good people around me that I could bounce ideas off of and get their honest opinions. I finally came to the conclusion that I needed to launch a new brand, one of my own.

Brian: So, what was your process there?