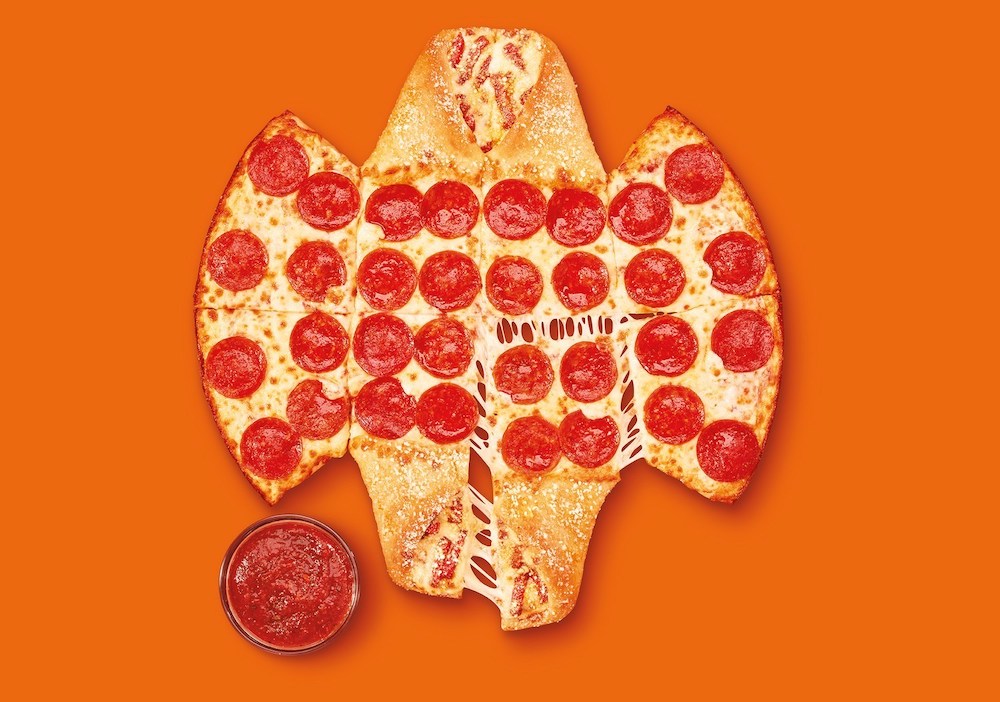 Related: Are Little Caesars fans ready for a higher-priced Hot-N-Ready?

The Joker and the Penguin had better go into hiding: The bat signal is flashing at Little Caesars stores across the country.

To promote “The Batman,” a new film starring Robert Pattinson in the title role, the chain has concocted a menu item—called The Batman Calzony—that will save the day for hungry fans of the Caped Crusader.

The Batman Calzony is a “dynamic duo” of both calzone and pizza, the sort of hybrid you’d expect to emerge from the eerie subterranean depths of Gotham City without warning. Shaped (sort of) like a bat, the product features a buttery-tasting calzone crust filled with garlic white sauce, cheese and julienned pepperoni combined with a pepperoni pizza and a side of Little Caesars’ Crazy Sauce. It’s being offered for $7.99 at participating Little Caesars stores.

Related: Delivery has been a game changer for Little Caesars

“Anyone can now bring superhero vibes to pizza night by trying the new The Batman Calzony, “said Jeff Klein, chief marketing officer at Little Caesars. “It’s the most delicious part of our partnership with the upcoming film.” 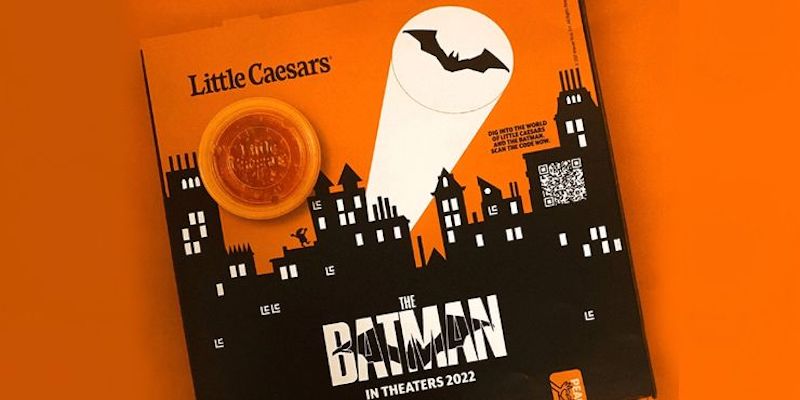 In his review of The Batman Calzony for ScreenCrush, Matt Singer noted that the calzone part of the item is “not really what I think of when I envision calzones, which tend to be a lot cheesier with a thinner, crispier crust. Clearly, this is the calzone that I deserve right now, but not the one I need.”

As for the pizza portion, Singer described it as “a fairly standard piece of chain pizza.” All in all, he wrote, “Personally, I wasn’t wild about the calzone part (although the Crazy Sauce was surprisingly sane and tasty). Still, there are worse things in the world than a Little Caesars pizza—things like the scum of Crime Alley who took Batman’s mother and father!”

Customers can order The Batman Calzony for delivery—it comes in a themed box promoting the movie—using the Little Caesars app, or pre-pay and collect their order using the Pizza Portal pickup (a heated, self-service mobile order pickup station) at any participating Little Caesars locations. For customers who don’t want to preorder, they can stop in between 4 p.m. and 8 p.m. to pick up The Batman Calzony.

“The Batman” will be released on March 4. Bruce Wayne will don his cape and pointy-eared mask to face off against The Riddler (played by Paul Dano) while also contending with the Penguin (Colin Farrell) and even Selena Kyle, aka Catwoman (Zoe Kravitz). No word yet as to whether Bruce Wayne and Selena will drop into Little Caesars for a bite and maybe a smooch.