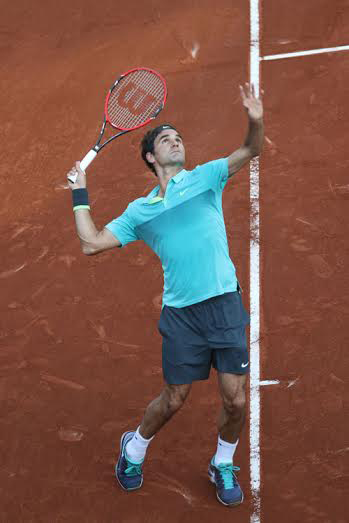 The world's No. 2 tennis player doubles as a pizza chef — at least when he's in Shanghai.

ATPworldtour.com says Swiss tennis superstar Roger Federer, who lost Oct. 13 in defending his title in the Shanghai Rolex Masters to Spanish qualifier Albert Ramos-Vinolas, was more successful in his pizza making. As last year's Shanghai champ, he was tasked with serving up an original pizza offered in the players' restaurant during the tournament Oct. 11- 18. “That’s exciting,” said Federer. “Because a lot of pizzas were taken, the classic ones, I came up with one that I like — figs, arugula salad, prosciutto, and creme fraiche, and extra mozzarella, if you like.” The 34-year-old tennis legend and father to four, calls his pizza the "Figalicious."

Read more about how a tennis pro aced the pizza kitchen.