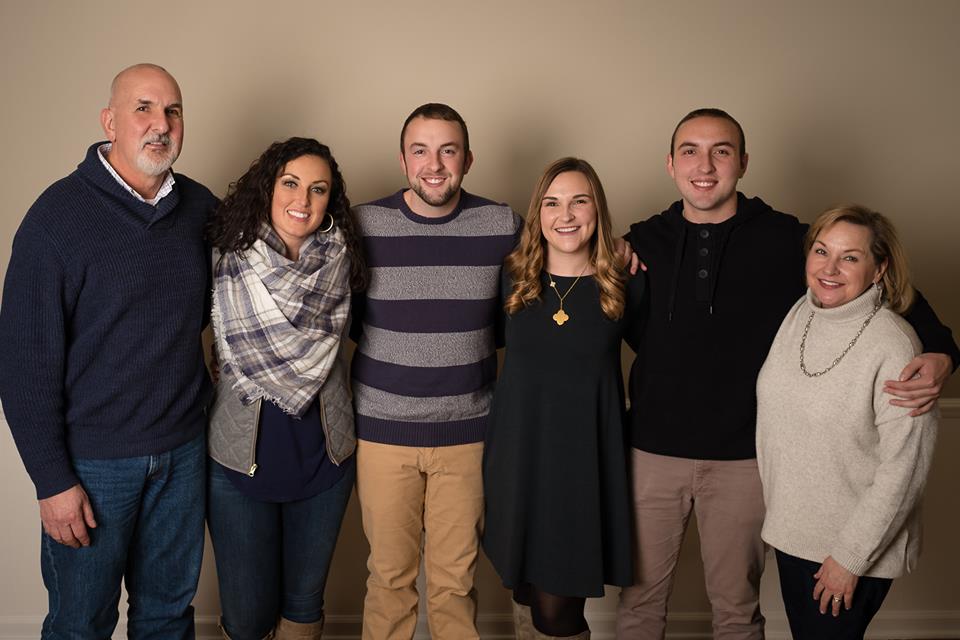 In an extraordinary act of kindness and compassion, a young pizzeria manager in Battle Creek, Michigan, drove 225 miles to deliver pizza to a man dying of cancer—and the restaurant doesn’t even offer delivery.

Rich Morgan and his wife Julie reside in Indianapolis, but the couple had been planning a trip back to Battle Creek, where they’d lived years earlier, just to get a pie from Steve’s Pizza, their all-time favorite pizza shop. But, as Julie described in a Facebook post on October 16, those plans changed after Rich had to visit a hospital emergency room and ended up in the ICU for five days. There, Julie wrote, “We learned the news that his valiant cancer battle was coming to an end.”

As the Lansing State Journal reports, doctors told Rich, who has a form of salivary gland cancer, that he had only weeks—perhaps even days—to live. Back home under hospice care, Rich and Julie spent quality time with family and friends, including David Dalke, Julie’s father. Then, last Saturday night, October 13, Dalke made a secret phone call on his son-in-law’s behalf.

“Unbeknownst to us, my dad contacted Steve’s Pizza and spoke to Dalton, a manager there,” Julie wrote in the Facebook post. “He told Dalton a little bit about our situation and asked if the shop might send a friendly text or card to us.”

Instead of a note, the manager, Dalton Shaffer, 18, asked what kind of pizza Rich and Julie would like. Shaffer, the nephew of the owner of Steve’s Pizza, immediately offered to deliver pies to the Morgans, despite the late hour, the considerable distance between Battle Creek and Indianapolis, and the fact that Steve’s is a no-delivery operation. After closing down the pizzeria that night, Shaffer baked two pepperoni-and-mushroom pies and set off into the darkness on a three-and-a-half hour drive to Indianapolis.

“And so, while my husband and I slept, at 2:30 a.m. Dalton rolled into our driveway, left the car running and delivered two extra-special pizzas to my waiting family,” Julie Morgan wrote. “He told them we were in his prayers and offered to help in any way he could. My dad offered to put him up in a hotel, but he refused and immediately left for the return trip home because he had to work the next day.”

Shaffer said he had hoped his act of kindness would be “a kept-quiet kind of thing,” adding, “I wasn’t going to tell anyone about it. I didn’t even tell my uncle or anything when I left for Indiana. I just hope people could keep that family in mind and pray for them.”

When they lived in Battle Creek, the Morgans ordered pizza from Steve’s every payday, Julie said in her Facebook post. “I can’t possibly describe how delicious this pizza is, but several moves and all these years later, it is still the gold standard, and we’ve never found a better pizza yet. My husband has frequently critiqued other pizza as ‘good, but it’s no Steve’s.’”

A lot of pizza lovers in the Battle Creek area seem to agree with that assessment. Steve’s came in at No. 2 in a WKFR radio station poll for the “Best Pizza in West Michigan” in August. Steve’s lost the top spot to Erbelli’s, but the radio station noted, “Erbelli’s and Steve’s Pizza were neck and neck for most of the competition.”

“I am beyond overwhelmed and humbled by this act of genuine kindness,” Julie Morgan wrote on Facebook. “Dalton brought our family so much joy—and the best pizza in the world—at a really difficult time. While ‘thank you’ hardly seems adequate—from the bottom of my heart, thank you, Dalton from Steve’s Pizza in Battle Creek MI, for making your epic middle-of-the-night delivery!”

Thanks to Julie’s Facebook post, which has garnered more than 7,700 reactions, 1,054 comments and 3,687 shares, Shaffer’s special delivery earned widespread news coverage. In addition to the Lansing State Journal story, it has been reported by local TV station WJBK-TV, the Battle Creek Enquirer, Today.com, MLive.com and CBSNews.com, among others. But Steve’s Facebook page makes no mention of it, which attests to the genuine purity of Shaffer’s motive.