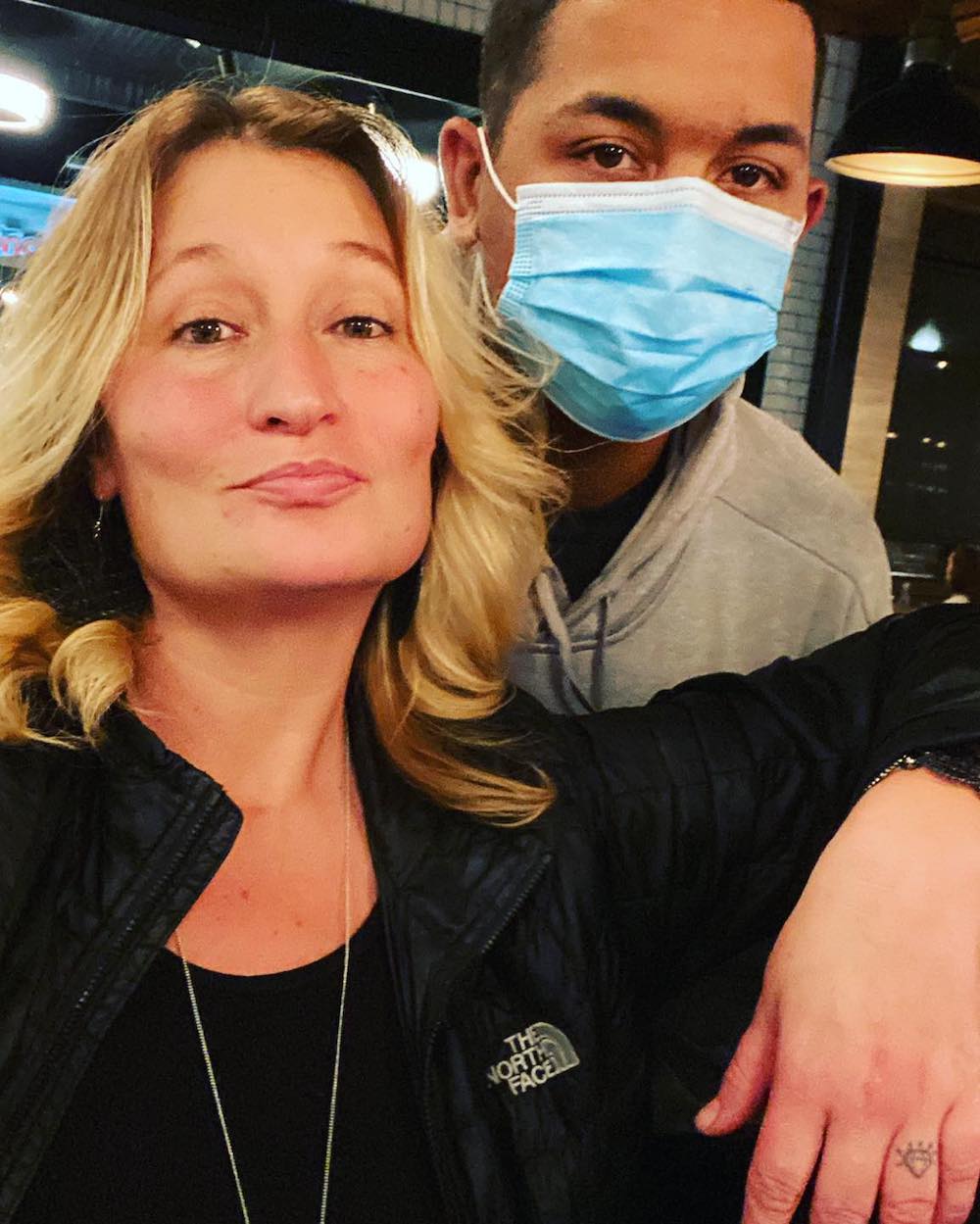 Tammy Tilghman poses for the camera with an employee at her other restaurant, Magnolia Social Cafe.

A brain tumor can slow anyone down, especially when they’re getting ready to open a new business in a demanding field. But not Tammy Tilghman, who opened Girls With Dough, a new pizzeria in Wilmington, North Carolina, last month.

According to Spectrum News 1, Tilghman’s new pizzeria is already a hit with customers. She managed to launch the pizza shop after undergoing surgery for a brain tumor and is still taking it day-by-day as doctors keep a close eye on her health.

Throughout her life, Tilghman has suffered from a neurological condition, called Chiari malformation, that gives her severe headaches nearly every day. As she was halfway through the process of building out and opening Girls With Dough, her doctors hit her with the bad news of the brain tumor and the need for surgery right away.

It wasn’t Tilghman’s first experience with brain surgery, so she knew the score. But she also had work to do. 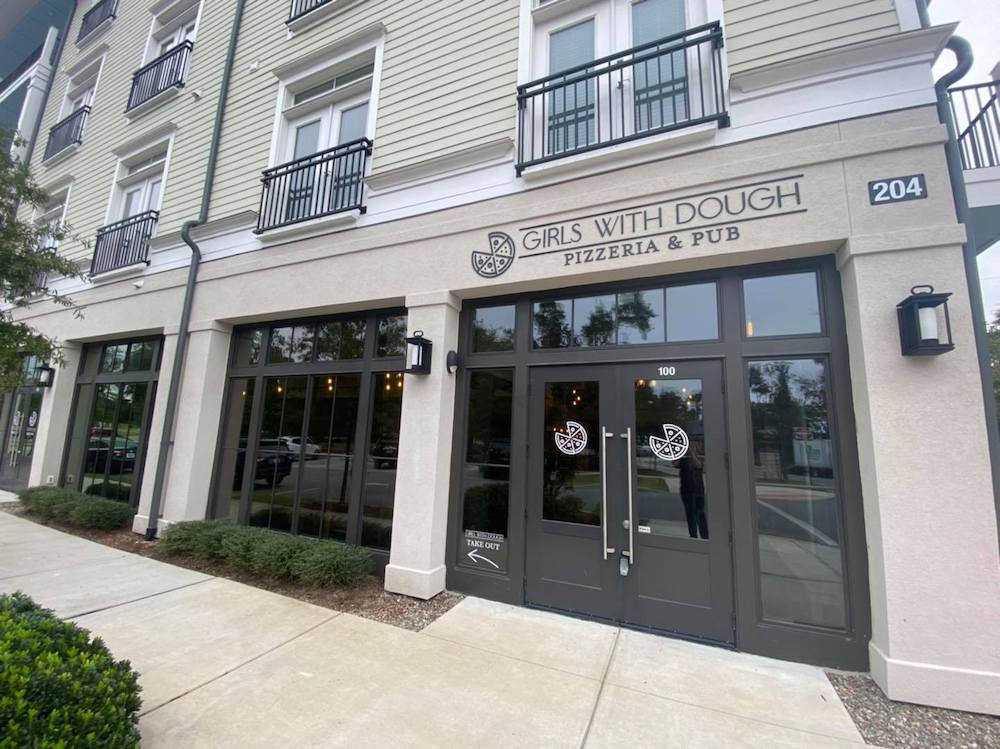 “I had asked my neural surgeon if I could wait until I got Girls With Dough open before I did surgery, and he was, like, ‘Absolutely not,’” she recalled in the Spectrum 1 News interview.

The surgery and recuperation forced Tilghman to step away from the day-to-day business plans for four months, but work proceeded without her, thanks to employees, friends and reliable contractors.

Related: This sister act can outperform the men on any culinary stage

“It was the people, when I was gone, that showed up every day that made sure the construction was still happening, made sure they could do whatever they would do,” Tilghman said. She recalled numerous times that friends showed up at her door to say, “Tammy, we were just walking by. We’ve got extra hands. What do you need?”

“And there would be, like, 30 of them outside, and they’d just come in and help,” Tilghman said. 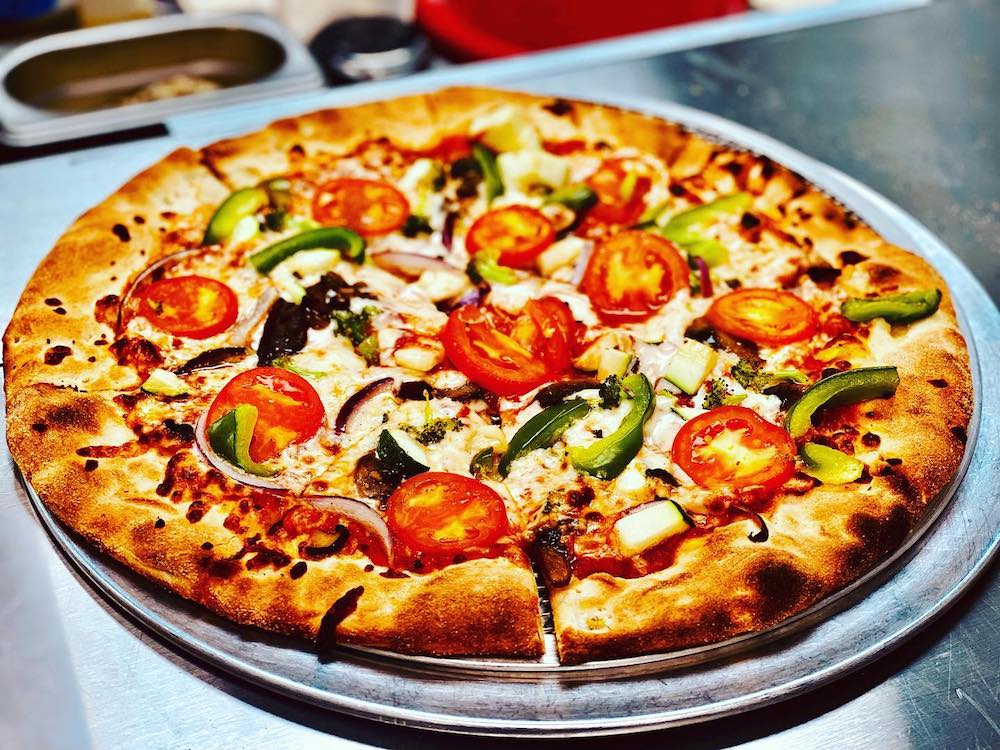 Dough With Girls is Tilghman’s second restaurant—she also owns Magnolia Social Café. Hannah Faircloth, who has worked for Tilghman at the café for two years, did everything she could to get the new pizzeria opened, she told WWAY. “That is one thing [Tilghman] made clear—that while she was gone, this is still her dream,” Faircloth said. “So me and the rest of the staff at the café and the neighborhood … were gonna work to make sure it happened.”

The brain tumor was just the latest health scare Tilghman has faced and overcome. According to the Star News Online, Tilghman was believed by doctors to be on her deathbed in 2014, after undergoing her 13thbrain surgery. “I would not say I was dying—I refused,” she told the Star News. “I told the doctors they were not God and only He could make that decision.”

As if Tilghman hasn’t endured enough problems with her health, she also lost her father to suicide in 2010 and her husband was murdered six months later. Three years after that, she received the diagnosis of Chiari malformation.

Hopefully, things will get better for her. The operation on the brain tumor earlier this year was successful, according to WWAY, although Tilghman isn’t out of the woods yet. “When I went back in August, they did see a new growth of something happening in that same location,” Tilghman told WWAY. “But the good news is, they said for now we’ll just watch it for about six months.”