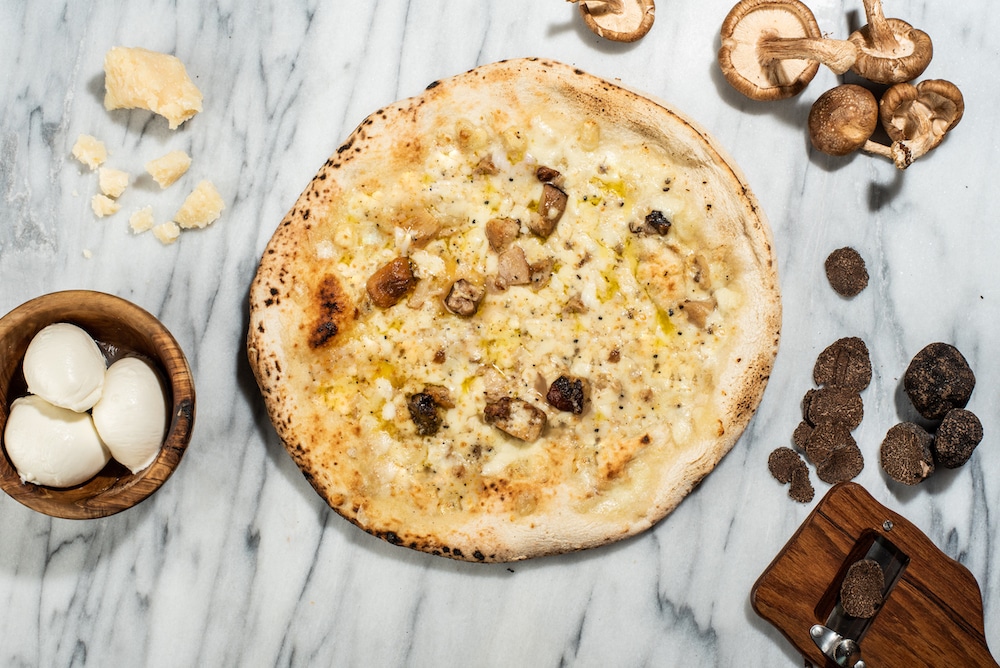 Related: How to Wake Up a “Sleeping Pizza” from Talia di Napoli

Talia di Napoli, a company that ships frozen pizzas from Naples, Italy, to the U.S. and other countries, has added a new pie to its menu: the Tartufo, which features truffles and fior di latte, Emmental and Parmesan cheeses.

Talia di Napoli uses a proprietary method for what it calls “sleeping pizza,” a flash-frozen pie that can be shipped in dry ice anywhere in the world.

Described as a “pizzificio” (artisanal pizza production house), Talia Di Napoli’s pies are made by master pizzaioli in Naples. The dough is prepared according to a proprietary process and allowed to rise for 24 hours. Once the pizza has been baked in the oven, it’s “put to sleep” in a cryogenic flash chamber, where it reaches sub-zero temperatures in minutes. The pies can then be packed in dry ice and shipped on demand.

To “wake up” the pizza, customers can defrost it and bake it at 400°F for 8-10 minutes in a preheated regular oven.

Additionally, the company says, “The Emmental cheese is produced and ripened in the crisp breeze of the Alps mountains, from which it gains its tart and smokey undertone. Fior di latte mozzarella provides a sweet, textured taste, setting the base tone for the pizza. The Parmesan [from the area between Reggio Emilia and Parma, Italy] seamlessly amalgamates the truffle and the cheeses, providing a salty finish.”