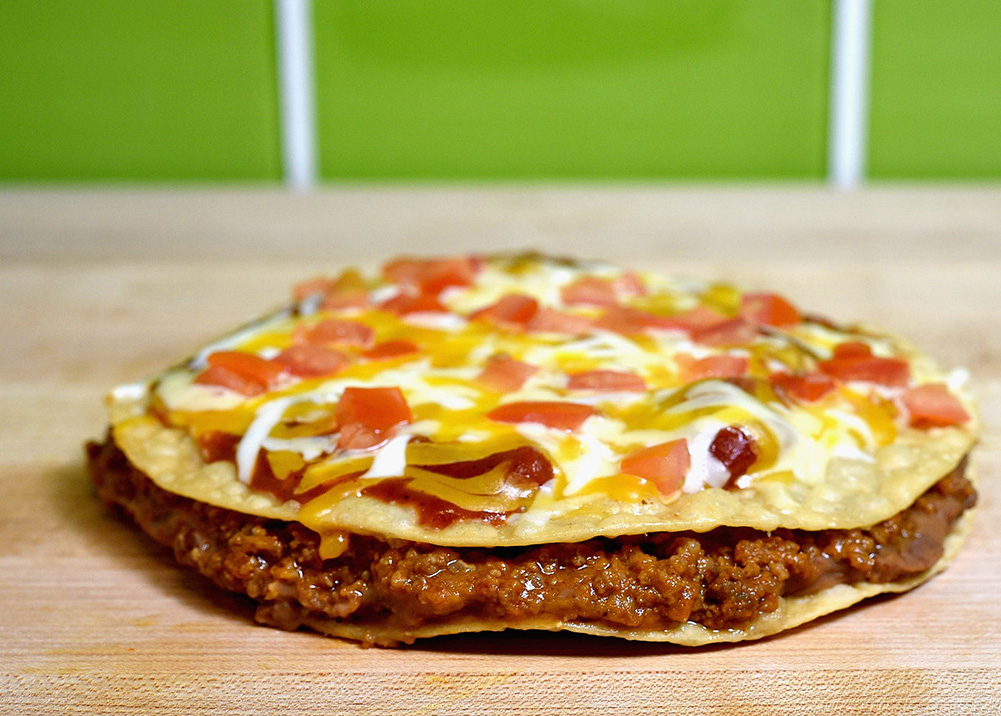 Related: Leading chain doubles down on pepperoni with new LTOs

Taco Bell isn’t satisfied with cornering the Mexican fast-food segment. They want some of your pizza business, too. Or so it appears as the chain brings back its Mexican Pizza for a limited time next month. Or maybe we should say the “so-called Mexican pizza”?

The chain, owned by Yum Brands, ditched the popular Mexican Pizza in 2020 while streamlining its menu. It will return on May 19, and Taco Bell Rewards members will get first dibs for a couple of days before that. It will be offered through June 1 and can be purchased through Taco Bell’s mobile app for in-store or drive-thru pickup orders or through delivery by third-party providers.

Yes, Taco Bell’s even offering pizza delivery—if, again, you really want to call it a pizza.

The menu item consists of seasoned beef, beans, pizza sauce, tomatoes and a three-cheese blend stuffed between two crispy tostada shells. Offered as a value deal for $4.49, it comes along just as pizzerias are raising prices due to soaring food and labor costs.

“Our menu is full of fan favorites, but the Mexican Pizza is at the top of that list,” said Mark King, CEO of Taco Bell. “From its flashy introduction to menus in 1985 as ‘Pizzazz Pizza’ to its inspiration behind the creation of infamous jingles, Mexican Pizza has a long history with the brand, and I’m glad we could give fans what they crave and bring our classic Mexican Pizza back home where it belongs.”

Brian Sozzi of Yahoo! Finance said the Mexican Pizza could be a key “traffic-driving move” for Taco Bell “at a time when there’s not a lot of innovation happening in fast food.” With Yum Brands’ shares down 11.5% year-to-date, Sozzi added, the company “could come back, drive some traffic and maybe get its stock going again.”

The removal of the Mexican Pizza from Taco Bell’s menu two years ago sparked outrage on social media—then again, what doesn’t?—and an online petition for its return garnered 170,000-plus signatures, so the time might be ripe for a comeback.

Joshua Bote of SFGate is pretty stoked anyway. “It shouldn’t work, but this unholy matrimony of Tex-Mex and pizza really does feel like a bit of magic,” he wrote. “The pull of melty cheese when you grab a ‘slice’ has the appeal of a personal pan pizza. When you dig in, each bite feels like a perfect bite from a plate of nachos, with the slight spice of the sauce and the tang of fresh tomatoes lifting up what would otherwise be too heavy a dish.”