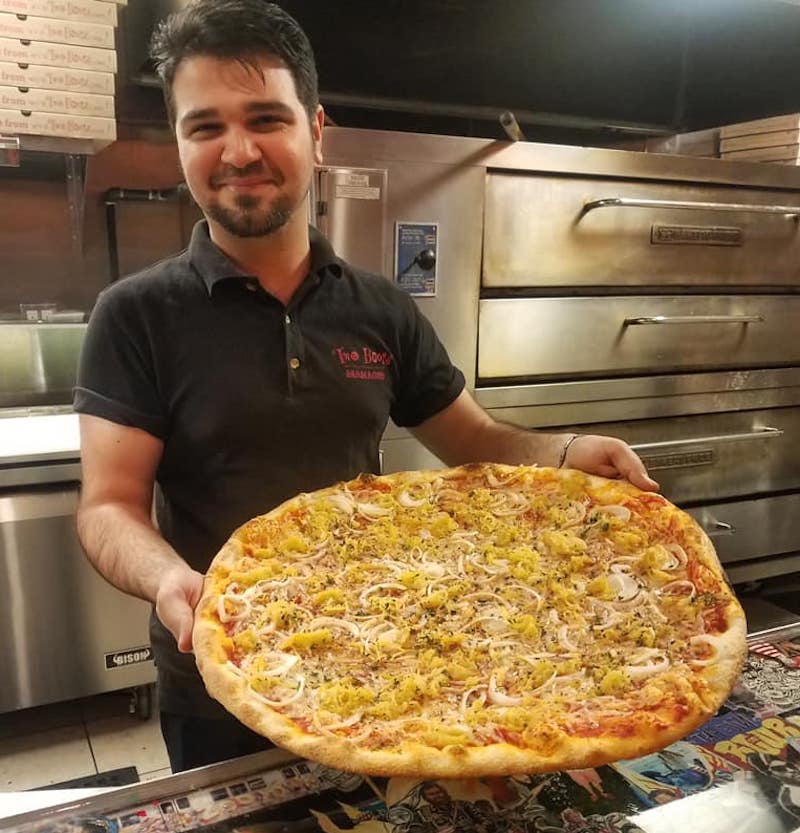 New York restaurants like Two Boots will be allowed to start offering indoor dining at 25 percent capacity on September 30.

Most restaurant owners in New York are struggling to pay their rent as they gear up for a long-awaited partial reopening that will allow them to offer dine-in at 25-percent capacity.

According to a survey by the NYC Hospitality Alliance, 87 percent of the city’s restaurants, bars and nightlife venues could not pay full rent in August. That’s compared to 83 percent in July and 80 percent in June. The survey also found that 34 percent weren’t able to pay any rent at all.

Hospitality businesses have sought relief from landlords, but 90 percent of the survey respondents said they could not renegotiate their lease due to the pandemic. Sixty percent said their landlords still haven’t waived any of their rent, and of those that did waive rent, less than one-third waived it more than 50 percent.

The NYC Hospitality Alliance surveyed 457 restaurants, bars, nightclubs and event venues for the survey. The data was collected between August 25 and September 11.

“Restaurants, bars and nightlife venues have been financially devastated by the COVID-19 pandemic,” said Andrew Rigie, executive director of the NYC Hospitality Alliance. “Even before the pandemic, when [they were] operating at 100 percent occupancy, these small businesses were struggling to stay open. Now we’re seeing widespread closures, approximately 150,000 industry workers are still out of their jobs, and the overwhelming majority of these remaining small businesses cannot afford to pay rent.”

Rigie said the New York hospitality industry is essential to the city’s economy and social fabric. “To ensure the survival of these vital small businesses and jobs, we urgently need rent relief, an indefinite extension of outdoor dining, a roadmap for expanded indoor dining, covered business interruption insurance and immediate passage of the Restaurants Act by Congress,” he said.

After a six-month lockdown of indoor dining, New York Governor Andrew Cuomo announced recently that restaurants in the state will be allowed to resume offering indoor dining on September 30, with a 25-percent capacity limit and no bar service. Cuomo’s guidelines will be reassessed based on new COVID-19 data by November 1, and “if the infection rate does not increase, restaurants may be permitted to go to 50 percent capacity.”

But New York City Mayor Bill de Blasio has publicly opposed Cuomo’s plan, asking for a later opening date and a firm requirement to shut restaurants down again if the COVID-19 infection rate shoots up to 2 percent on a seven-day rolling average.