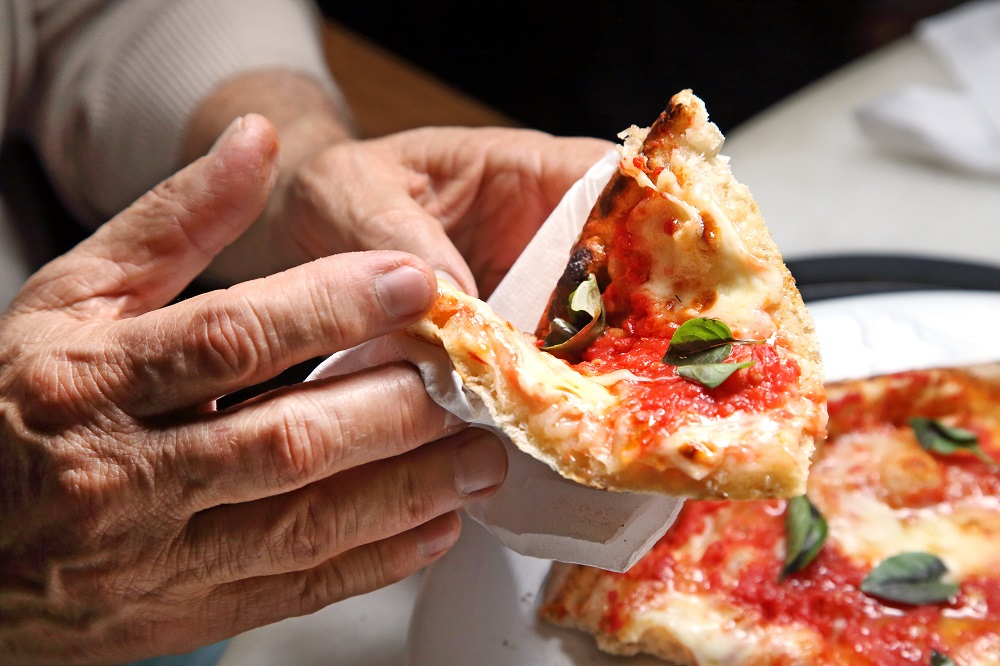 Everyone knows the Italians dig pizza, but a recent study shows just how serious they are about it.

According to a survey of 2,500 Italians conducted by the Osservatorio Buitoni Culinary Lab, 52 percent of Italians said they eat pizza for lunch “at least once a week,” while 39 percent said the dish satisfies them “on an emotional level.” And many prefer something beyond the standard Margherita, the survey found.

Four percent of Italians said they would eat pizza every day. Twenty-seven percent said they preferred the classic Margherita, but 24 percent prefer alternative crusts, such as whole-wheat flour, kamut or gluten-free.

In fact, Margherita traditionalists are outnumbered by those Italians who like a little something extra on their pies. According to the survey, 32 percent said their favorite pie comes topped with ham and mushrooms, while 23 percent dig a Margherita with added wurstel, a type of Vienna sausage made of pork and beef.

Thirty-four percent said they like their pies with a lot of toppings, proving that American pizza styles have made inroads in Italy.