Suffering from sub-par pizza? It may be time to take a second look at your flour - PMQ Pizza Magazine 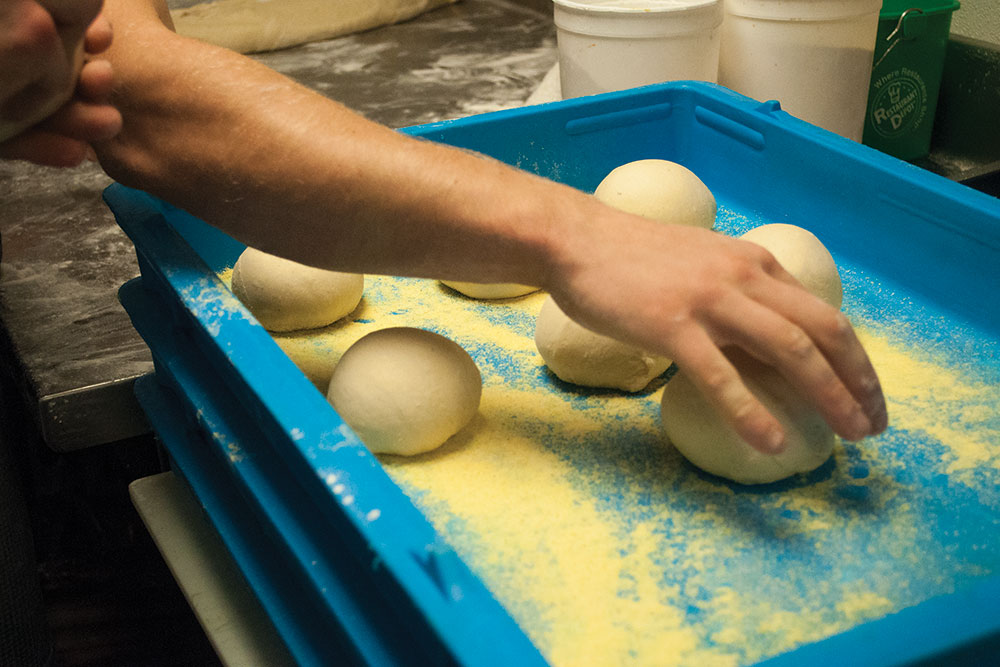 Flour—it’s the backbone of your business. Without it, you would have no product to sell. And yet, when something goes wrong with your pizza, your flour is often the last place you look, according to Tom “The Dough Doctor” Lehmann, director of bakery assistance at The American Institute of Baking in Manhattan, Kansas. “Many pizzeria operators look first at the bake time or temperature when something goes awry,” Lehmann says. “They never consider that they may be using the wrong type of flour.”

Do you know why you use the flour you’re currently using? Did you test a variety of flours with different protein levels before settling on your current flour, or do you use it because it’s what you’ve always used or what someone else suggested you use? It’s possible that aspects of your pizza—including chew, rise and crispiness—can be improved by switching your flour. “Good pizza starts from good flour,” says Roberto Caporuscio, owner of Kesté Pizza & Vino (kestepizzeria.com) in New York and Don Antonio by Starita (donantoniopizza.com) in New York and Atlanta. “Don’t pay attention to the cost of the flour by the bag, but rather [measure your costs] by each dough ball.”

“You can get a more natural rise from a small amount of yeast. Use 2 grams of yeast, 1 liter of water, and 50 grams of salt in 1.7 kg of flour.”
—Roberto Caporuscio

Flour type does not have a direct influence on taste, Lehmann says, but it can indirectly affect it by preventing your crust from reaching the bake characteristics needed to fairly represent your pie. “New York-style pies require high-protein flours in order to give that raised edge, chewy bite and ability to fold,” he notes. “Neapolitan-style pizzas, on the other hand, require a weaker flour, as too much gluten would inhibit the rise in a high-temperature oven.”

Fermenting time can also have a big effect on the taste of your finished product. “There are a lot of factors that affect a pizza, but, as a general rule, the taste is more influenced by the type of yeast and the fermentation cycle than it is by the flour,” says Jeff Varasano, owner of Varasano’s Pizzeria (varasanos.com) in Atlanta. “Regular white flour by itself does not have a strong flavor, but if it’s fermented for a few days, the yeasts add a multitude of acids and complex organics that create a great flavor.”

Has your dough ever burned in the oven for no apparent reason? Some flours contain sugar, which can cause burning in high-temperature ovens. According to Caporuscio, sugar content is one of the reasons he uses Italian 00 flour exclusively. “I can’t use American flour because the sugar content is very high, and when the oven temperature is above 600°, like it is at Kesté, the pizza burns immediately if there’s too much sugar in the flour,” he says. “There’s more sugar in New York-style and Sicilian-style doughs.”

Protein percentages matter a lot when it comes to pizza, especially if you’re working with an oven that heats above 600°F or if you’re trying to make deep-dish pies. “When they’re just starting out, many pizzeria operators—around 30%—ask their supplier for something called a ‘pizza flour,’ like they would ask for cake flour if making cake or bread flour if making bread,” Lehmann says. “The problem with that is, the typical ‘pizza flour’ has 13.5% protein, which really only works for New York-style pizzas. If you try using a 13.5% pizza flour for a deep-dish pie, you’ll get too much crust with too much chew. A good, general-purpose bread flour with 11.5% to 12.75% protein will work great in most pizza applications.”

Most importantly, don’t switch back and forth between flour brands to get the best price; you’re likely to also get differing protein levels that could adversely affect your finished pizza. “It’s very important to always make sure you’re using flour with the same protein content, because it will affect everything else,” Caporuscio says.

Water can complicate things, too, as Varasano points out, so it pays to know your flour’s moisture content. “Despite feeling dry, flour can be about 15% water,” Varasano says. “However, this can vary by a few points. So if you have a recipe that calls for 62% hydration and a particular batch of flour has just 13% water rather than the normal 15%, your recipe can be off by those two points. You have to be flexible and use your experience to look at the texture of the dough. Flour is a natural product and can vary just like any of your produce.”

Are there certain flours that work best for certain pizzas? The short answer is yes, but ultimately, it will depend on what type of pizza you want to serve as well as other factors, such as oven temperature, bake time and fermentation time.

Some Neapolitan-style pizzerias are faithful to Italian flour, while others work with an American bread flour. “For Neapolitan, 00 flour is the only authentic choice, but this is not to say that it’s the best flour for everyone,” Varasano says. “A lot of people write to me and say that they’re trying to make a Neapolitan pizza and are using 00 flour but have only a 550°F oven. Really, that doesn’t work at all. That type of flour only seems to work great if you are baking a pie in 90 seconds or less at 800°F and up. For cooler bakes, 00 flour won’t brown properly and won’t have a great texture. For my pies, which bake in about 2 minutes, 45 seconds, at about 720°F, I use a flour blend, which is mostly bread flour (about 12% to 12.5% gluten).” 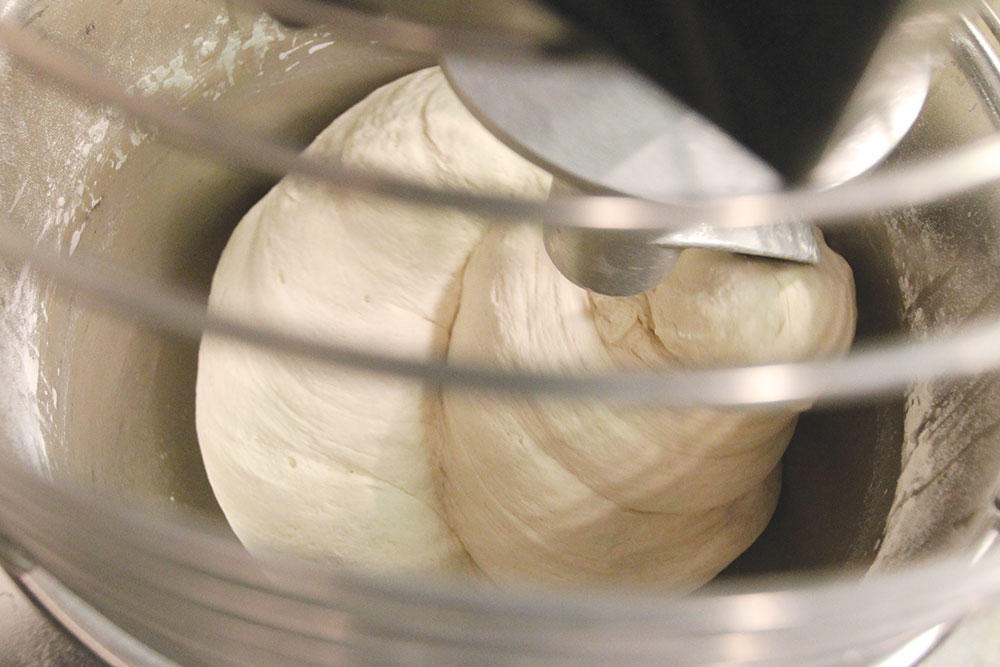 Getting Down to Gluten

According to Lehmann, flour does not contain any gluten; the proteins inside of the flour, when agitated by water, develop the gluten. “As flour protein content increases, gluten content also increases,” Lehmann says. “However, there are instances where the quality of flour protein may not be the same as the flour gluten. And since gluten is affected by the breaking down of protein, there’s a greater potential for taste development while protein breaks down during baking.”

“As most people know, the higher the gluten, the more stretch you have in your dough,” Varasano adds. “The texture of wheat products ranges a lot. On the one hand, you have soft cakes, and on the other, crusty breads like bagels and pizza. Generally, cakes use lower gluten wheats (7% to 9%), whereas crusty breads are made from higher gluten (14% to 14.5%). Pizza is generally made with 12% to 14.5%, with some going as low as 10% to 11%.”

So what’s your flour effect? Could a small tweak to the protein percentage of your flour be the change you’ve been looking for to take your pizza to the next level?