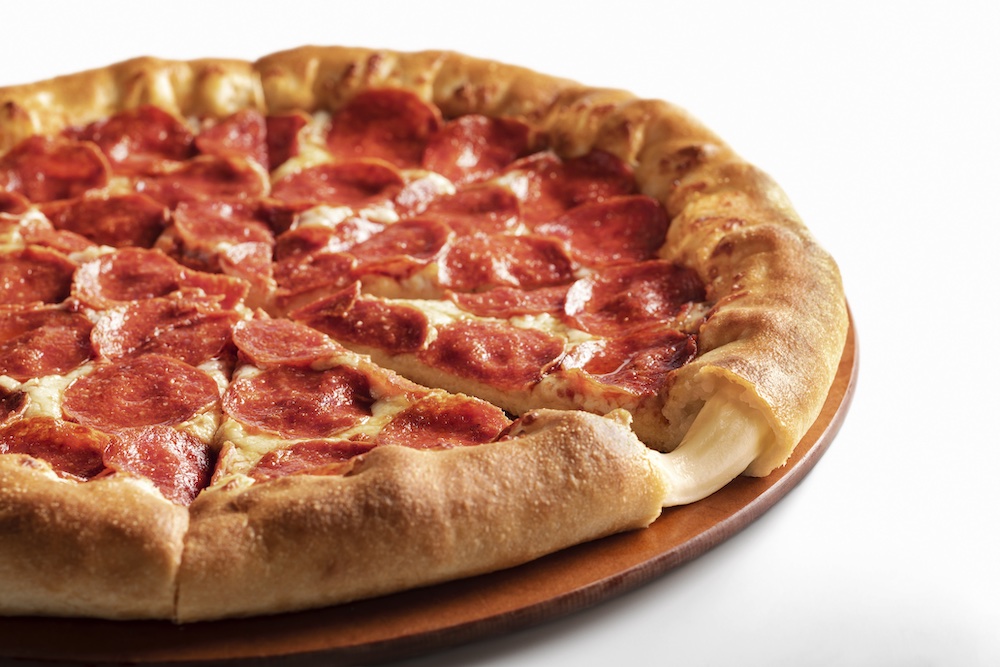 Pizza Hut International today announced the 25th anniversary of its Stuffed Crust Pizza. The brand was the first to bring the stuffed-crust style to market, spawning numerous imitations around the U.S. and the world.

Pizza Hut will celebrate the silver anniversary with a global digital campaign that honors Stuffed Crust Pizza and its unique and regional reimaginations. The love for Stuffed Crust has translated globally, collectively bringing more than 40 iterations to cheese-loving consumers in over 110 countries every year, the company said.

“Stuffed Crust is a nod to our true love of pizza and continues to be a canvas for innovation,” said Vipul Chawla, president of Pizza Hut International (PHI). “We are not only celebrating 25 years of Stuffed Crust, but using this moment to celebrate how one idea like eating pizza backwards can help, in our own Pizza Hut way, unite the world.”

The addition of gooey cheese to traditional pizza crust was launched in 1995, three years after a former food scientist on the Pizza Hut culinary team suggested the concept. Had it not been for the brand’s belief in the idea, the complexity, cost, investments, training and some skepticism may have meant a world without stuffed-crust pies.

“When you have a great product that resonates with consumers, you need to believe and persevere to bring it across multiple countries,” said Ana Maria Rodriguez, PHI’s chief food innovation and quality officer.  “If there is a will, there is a way.”

Since its launch in 1995, Pizza Hut’s Stuffed Crust remains a customer favorite and has been the inspiration for global menu items including Crown Pizzas, Cheese Bites, Hot Dog Stuffed Crusts, the Twisted Cheese Crust, Cheesy Lava Stuffed Crust and many others.